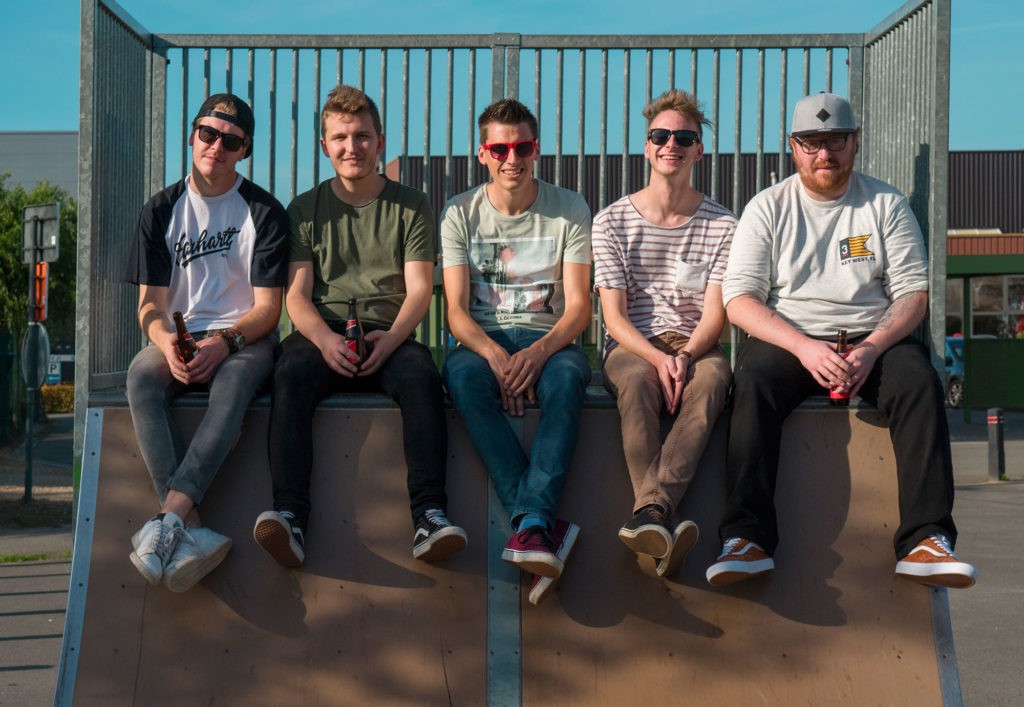 Although we’ve seen a host of bands from the UK, North America and Australia rise through the ranks of pop-punk, you might not know that our European chums have plenty to offer. Amongst the wave of bands to emerge from the mainland is Boxing Day. Hailing from Buggenhout (“a small town in Belgium”), the quintet formed in 2016 and are armed with catchy, yet beautifully depressing songs.

Taking their modern influences (Real Friends, the Wonder Years, Neck Deep and blink-182), Boxing Day consider themselves as best friends who put a lot of passion and emotion into what they do. Now having grabbed the attention of Real Ghost Records (home of New Junk City, The Run Up, Arms & Hearts), the Belgian five-piece are preparing a two-track EP release for… Boxing Day of course!

Today we’re premiering the video for its title track – ‘Retrospect’. It epitomises what Boxing Day are all about; hook-filled choruses drenched in melancholy lyricism, while proudly wearing their influences on their sleeves. They also shared a few words explaining what the two tracks are about and more.

AH: Are there any overarching themes across the two tracks on ‘Retrospect’?
Boxing Day: ‘Whisper Like You Mean It’ is about a toxic relationship. You want to get over it and you keep telling yourself that you are, but really, you aren’t. ‘Retrospect’ is about our bass player Stijn losing his grandfather and how wishes he could see how he grew up to be.

So the overarching theme across these two songs (and all our songs really), is that they come from real places. All our songs are written with a specific situation of feeling in mind. It’s kind of a therapeutic thing.

AH: Tell us about the recording process for this record?
Boxing Day: Sven wrote both tracks during the recording of our previous EP. After that, we had some drummer issues, with two drummers leaving in one year. This EP is us saying ‘F*** this, we’re going on, no matter what’. So we found Stijn, booked a studio and things went really well. We feel like we can really start the band properly now. We’re super stoked on the future as well #writingforourdebutalbum!

AH: You’re teaming up with Real Ghost Records to put this out, what made you want to work with them?
Boxing Day: We’ve discovered them when we found some tracks by The Run Ip on a Spotify playlist. We were really amazed by the songs, did some more research and found their label: Real Ghost Records. Everything they put out is great, so we were really stoked when they told us they’d want to work with us.