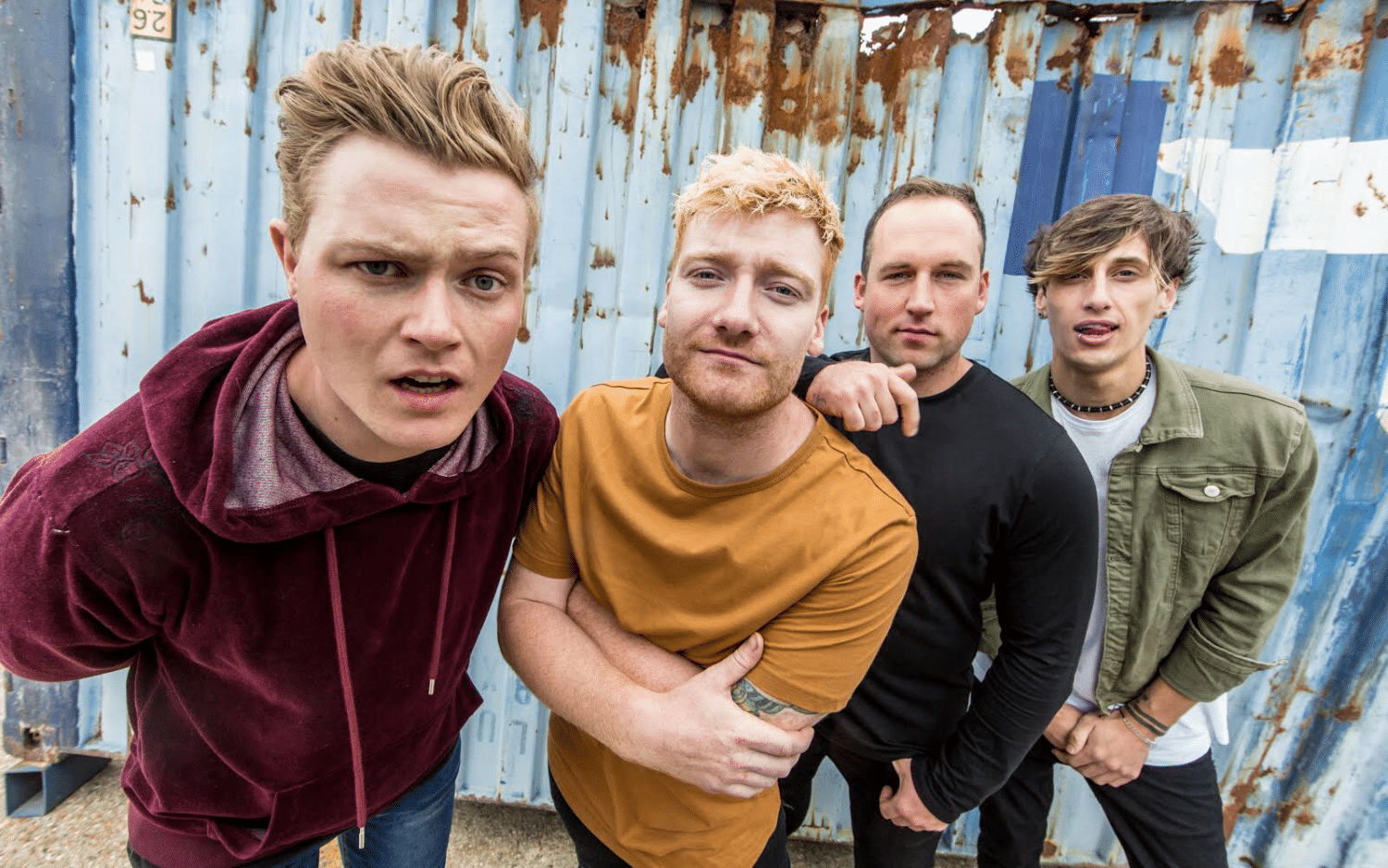 Over the past two years, The Bottom Line have been a very busy band. The London based group have surged forward as one of the UK’s fast-rising pop-punk bands. And it’s easy to see why.

Last year’s ‘I Still Hate You’ EP served as the base for their brand of pop-punk, giving a stylistic nod to the major players of the 2000s and combining it with a fresh, addictive lick of paint for 2018. This past summer, the quartet released ‘Reasons’, a punchy, infectious number that firmly solidifies The Bottom Line as a band on the rise.

Next week they’ll be invading venues up and down the country as they join Los Angeles’ PVMNTS and fellow emerging UKPP band, SHADED. For The Bottom Line, it’s the latest in a growing list of accomplishments, having toured on both sides of the Atlantic, throughout Europe and they have even toured China. They’ve also played shows with Simple Plan, Waterparks, The Offspring and Goldfinger.

Before they prepared for the tour, the four-piece returned to Longwave Studios in Cardiff to record an acoustic version of ‘Reasons’ with acclaimed producer Romesh Dodangoda.

“We decided to record an acoustic version of ‘Reasons’ as we wanted to showcase the song in a more simplified and stripped back fashion,” explains vocalist Callum Amies. “We went back to Longwave Studios to record this and worked with Romesh again, as he also worked with us on the band version and he shares the same vision as us artistically.

“The song is incredibly personal to us, and showcases some of the struggles bands face in their day to day lives.”

As you can see from our exclusive video below, the ‘Longwave Sessions’ version of ‘Reasons’ highlights the sentimental tone of the track, allowing The Bottom Line to showcase their softer side.

The Bottom Line will be touring with PVMNTS and SHADED on the following dates: