After being holed up writing and recording their second album, COUNTERFEIT. made their long-awaited return at the recent Leeds Festival. Following an impressive main stage set, Already Heard‘s Dane Wright spoke to frontman Jamie Bower along with guitarist Sam Bower and drummer Jimmy Craig.

They spoke about the set, their return, new label (Virgin EMI/Lava Records/Republic Records) and new material. While Jamie discussed how sobriety has affected the band’s songwriting and the balancing act between life as a musician and as an actor.

‘Get’s Better’ by COUNTERFEIT. is out now on Virgin EMI/Lava Records/Republic Records. 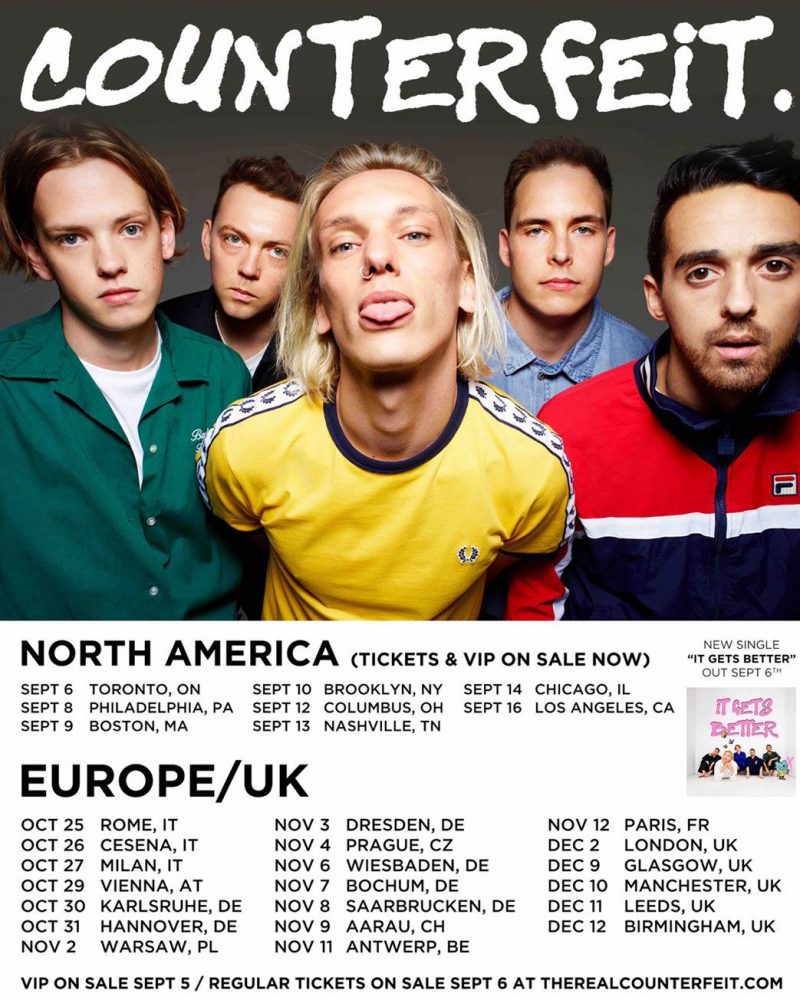 Please Note: Due to the topics discussed in the interview, we weren’t able to share this until now.