Indie-punk trio The Deadnotes came together during their teenage years. Now in their early 20s, the band from Freiburg, Germany have been making strides on the continent, playing in over 25 European countries alongside a host of names; Boston Manor, Beach Slang and The Front Bottoms. This week, they’ll be joining fellow German’s Kid Dad as they kick off an extensive UK and European tour.

With the pairing of The Deadnotes and Kid Dad, it’s clear there is more to Germany than its high-quality beer, cars and football. Both bands represent a strong music scene. Sure we’re all familiar of acts such as Rammstein and Kraftwerk, along with a host of thrash metal bands, but what about those underground bands that have yet to reach our ears here in the UK?

Well thankfully, The Deadnotes’ vocalist and guitarist Darius Lohmüller offered to help us out as he picked out five need-to-know German bands to recommend.

Absolute legends. They’re really good friends of ours. When I first heard their EP ‘Disorder’, I was left speechless. I hadn’t heard much of this band before and the next thing you know they put out this banger of a debut record. It’s not often that a very young and brand new band comes up with such a unique and international sound. They’re one of the hardest working bands I know. We couldn‘t be more excited to be heading out on a massive UK/EU tour together with these guys this month. Also, check out their new single ‘Naked Creatures’, it has the best chorus you will hear this year!

These guys are absolutely crazy. Really unique indie rock, dance/pop with a grungy vibe from Northern Germany. That sounds like a weird mixture but believe me, you really shouldn‘t miss out on them (and their freaky Instagram stories if you understand German haha). They’re super funny and kind guys who are really passionate about what they do. We had the honour to support them on two sold out shows back in December, truly some of the best shows we‘ve ever played. I’m just waiting for them to become bigger than Madonna and rule this whole goddamn planet. They are heading in the right direction…

First Wave Gurrlcore! We played a couple of shows together with Andreya‘s, one of their singer‘s old bands, and I saw Gurr a couple of years ago playing a floorshow in a super tiny basement bar in my hometown. Absolutely amazing to see this band grow bigger and bigger. Super catchy, sometimes very dreamy Indie Pop/Garage Rock that makes your heart melt and your feet move.

Fjort are a post-hardcore outfit from Western Germany. Saw them live a few years back in a packed local squat and then got to see them play a huge venue in Bremen a few days ago. It doesn‘t matter what surroundings they’re in: their live shows are nothing short of mindblowing, and I‘m not sure if I‘ve ever seen a three piece bring on such a powerful sound to stage, The intensity and raw power of their performance is really something else. The lyrics are in German and always hit me very hard emotionally, love how hard they tackle right-wing populist bullshit. It’s very important to have such bands being outspoken about this especially in Germany.

I have to admit that I’ve become a real pop nerd over the last few months. It’s amazing to see a German band draw so much international attention. The band name crossed my eyes many times, I didn‘t even know that they come from Germany at first. It took me ages to finally check out their music and I definitely regret it. Don‘t make the same mistake as I did; beautiful tunes, heartfelt music, awesome voice. They make me want to write an indie pop record with loads of acoustic guitars and piano some day.

‘Makeup’ by The Deadnotes is out now on 22Lives Records. 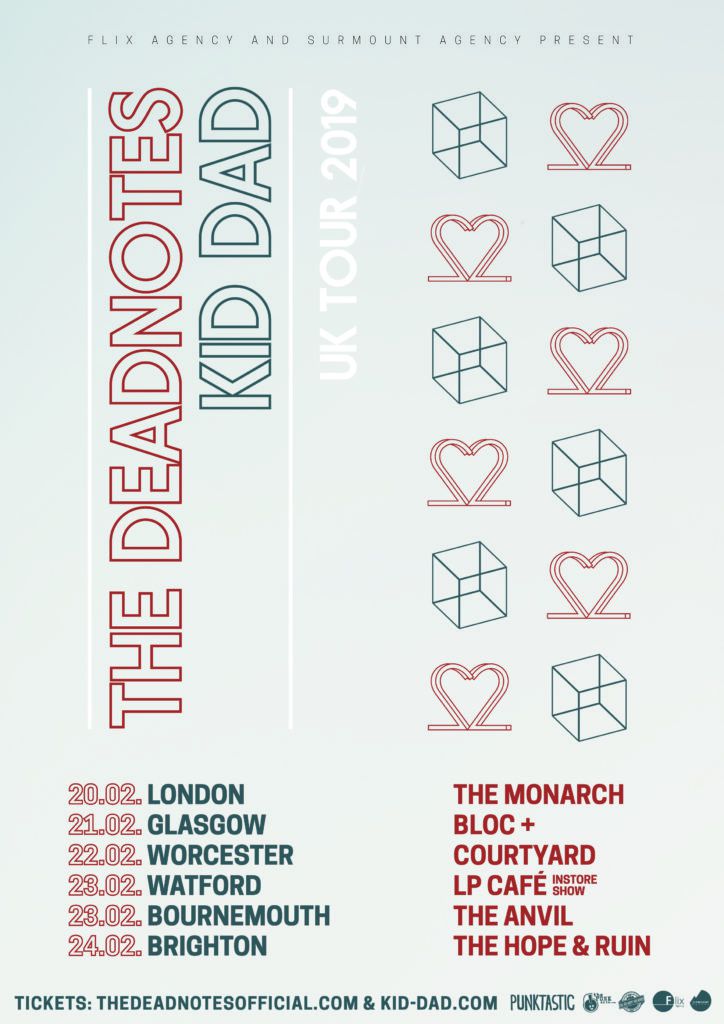