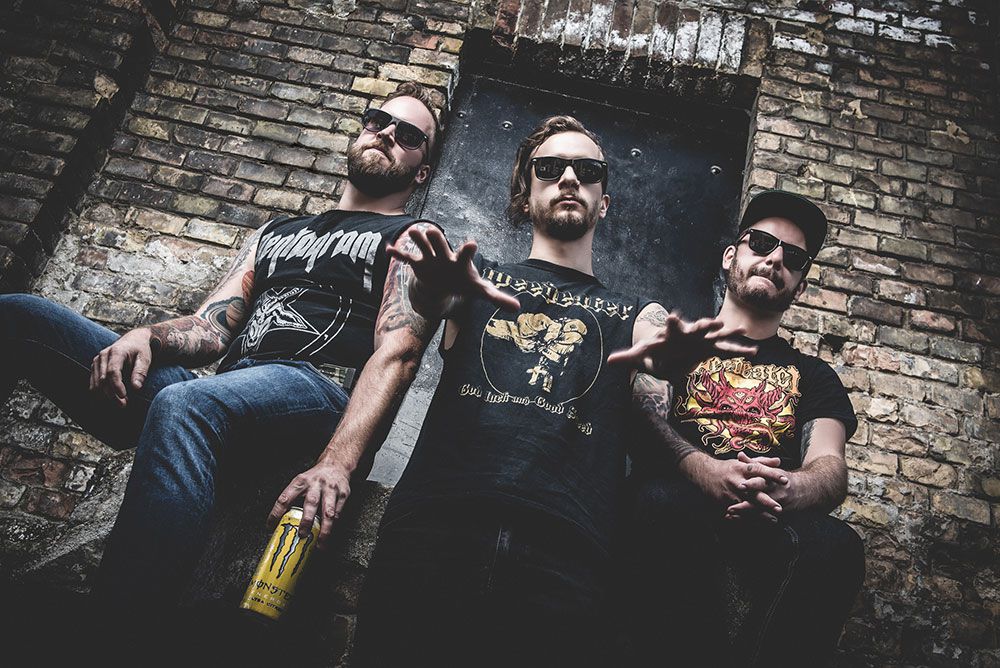 For almost a decade, Apey & the Pea have been pummelling audiences all over Europe with their brand of straight-up stoner/sludge metal. Their latest record, 2017’s ‘HEX’ embraces the severity of Pantera and Lamb of God and combines it with melodies reminiscent of Alice In Chains. The end result is an energetic and thrashing beast of a record.

However, the Budapest trio have also had their fair share of controversy. In their home country of Hungary, right-wing politicians threatened to cancel their album release show because they were frightened by the effect and visuals of the act. Nevertheless, as the metal community commonly does, the issue became a widespread story, both in Hungary and overseas. Due to their growing popularity, Apey & the Pea find themselves in the Netherlands this weekend as part of the music showcase and festival known as Eurosonic Noorderslag (ESNS).

We’ll admit our knowledge of Eastern European bands is a little scarce, we were intrigued to expand our musical knowledge of the region. Thankfully, with the acclaim of being Hungary’s most popular English-speaking metal act, Apey & the Pea were more than willing to suggest five* bands to check

*Well four bands. We all know who Behemoth are!

These are one of our favorite metal bands from our hometown and they’re absolutely crushing! We toured together several times, and they always deliver an extremely aggressive live performance. Also their lead singer, Barnabás Kókai, creates all of our albums artwork and merch artworks.

Stubborn are another great heavy band from Hungary. We’ve toured together many times. They have a very unique live show; they always make sure that you get really frightened while standing in the crowd.

She Loves Pablo are our brothers from Croatia. Just check out that amazing, huge voice. They are one of the most well known stoner bands in the Croatian underground as far as we know. We’re huge fans of them. In the video the vocalist wears one of our first shirts from our first album, ‘Devil’s Nectar’.

Mentor are absolutely brutal! We have so much in common with them. A few years ago we almost toured together. We hope one day we can do that. They have a huge, crushing sound.

We’re huge fans of black metal. Especially anything that Nergal (Behemoth) is involved with. He is a mastermind when it comes to creating frightening atmosphere with the most evil lyrics you’ve ever read. This is an amazing and beautiful music video.

‘Hex’ by Apey & the Pea is available now.