Pixies Set to Play Manchester’s Summer In The City 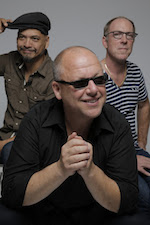 Pixies have been announced as one of the headliners for a new Manchester-based festival called Summer In The City.

The two day event will take place at the city’s Castlefield Bowl on July 10th and 11th.

Tickets are onsale from 9am on Friday 21st February.