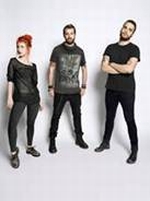 Paramore have revealed their new self titled album will be released in the UK on Monday April 8th. The first single from ‘Paramore’ is titled ‘Now’ and will be available in the UK from February 24th.

‘Now’ can be streamed by clicking read more.

Paramore are currently preparing for a Southeast Asian/Australian tour with more touring news expected to be announced soon.