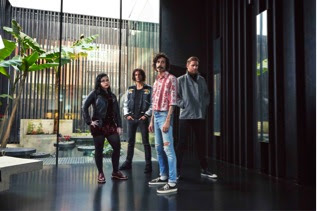 Turbowolf are currently on tour with chart-topping Royal Blood and are preparing to release their new album, ‘Two Hands’ on April 6th 2015 via Spinefarm/Search & Destroy. So in otherwise you better get used to hearing a lot about them in the coming months. To get you started, the band have premiered their new video for ‘Rabbits Foot’.

The video can be viewed after the jump below, and the track itself is available as a free download from the bands official website.

You can catch the band supporting Royal Blood this month, or you can wait until next month when they’ll be heading out on a headline tour.