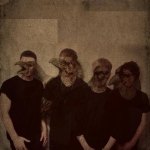 Rising Buckinghamshire band Big Sixes have released their new video for ‘The Hunter.’

The track has been picked as Huw Stephens’ ‘BBC Introducing Tip of the Week’ on Radio 1, and will be played across every BBC Introducing show in the UK this weekend.

Big Sixes will be supporting Deaf Havana alongside Charlie Simpson later this year.