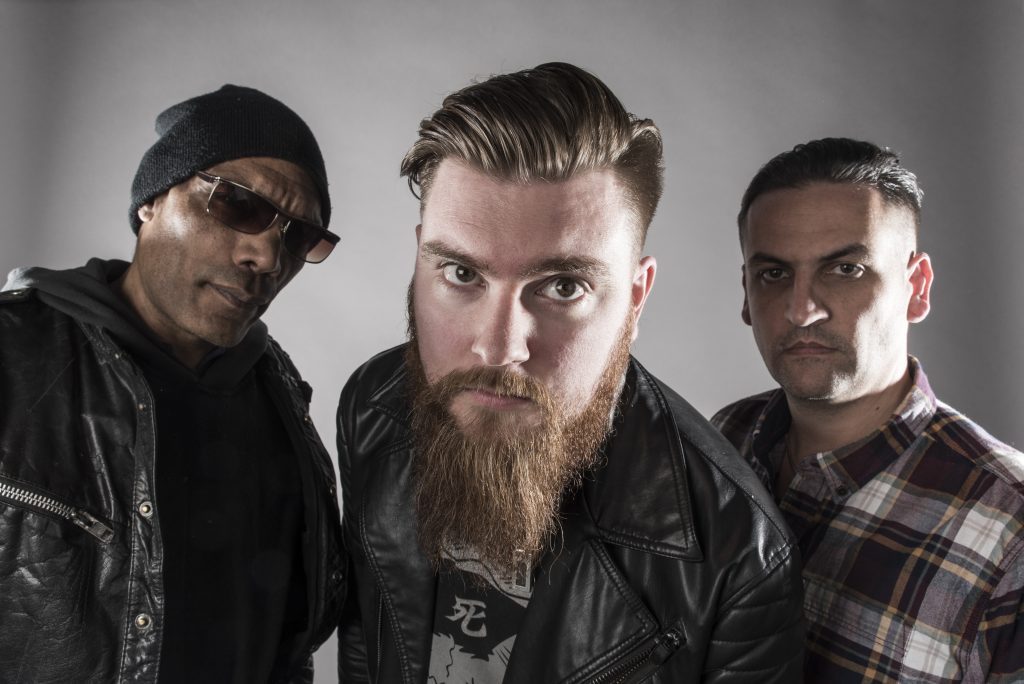 With shows alongside Biffy Clyro, InMe, Skunk Anansie and Hed PE on their growing resume, London trio Black Orchid Empire have been honing their brand of bold, melodic rock for the best part of seven years.

While 2016’s ‘Archetype’ put their foot on the first step to bigger things, they’re now set to return with its follow-up. Entitled ‘Yugen’, album #2 sees the trio take the big hooks of their debut and combine it with a more technical, harder edge making songs such as ‘Burn’, ‘Wires’, and ‘Pray To The Creature’ thrive. Nevertheless, they’re not afraid to show their softer side as evident on ‘Vertigo’.

In the lead up to the release of ‘Yugen’, we talked music by the numbers to bassist Dave Ferguson. From the songs, he wishes he had written, to the bands he wants to play with and apparently a lot of gaffa tape.

One Artist/Band I Couldn’t Live Without…

Two People I Know, That Shaped My Passion For Music…

My father. My stepdad.

Four Bands Everyone Should Hear…

The first five songs on ‘Love Is Hell’ by Ryan Adams are perfect.

Nine Words To Describe Your Band…

Ten Favourite Albums Of All Time…

‘Yugen’ by Black Orchid Empire is released on 25th May on Long Branch Records / SPV.