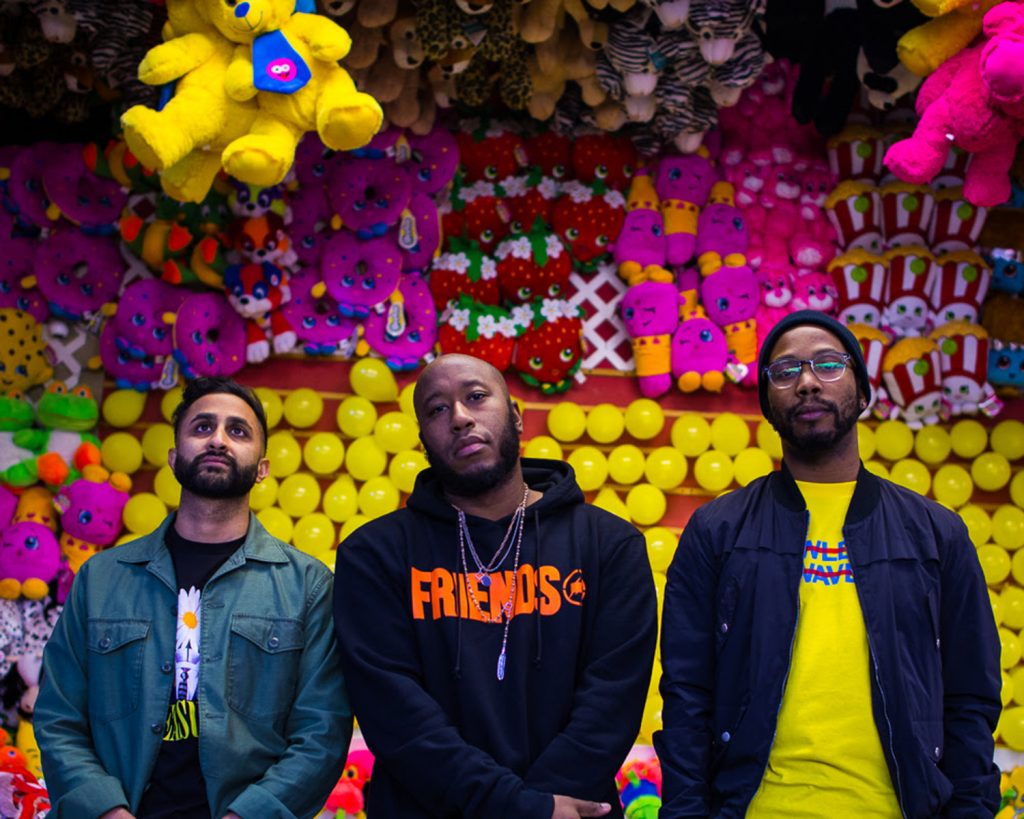 If you have followed the career of Boston, MA trio Bad Rabbits, then you’ll be aware of their ability to confidently move between and mould styles together. Their discography has seen them dip their toes in rock, funk, electro, soul and R ‘n’ B. Having embraced their rockier side with 2016’s ‘American Nightmare’ LP, their latest release (‘Mimi’) is drenched in smooth, soulful vocals courtesy of Fredua Boakye’ with a return to their funk and R ‘n’ B past serving as its musical spine. While the fictional title character links the seven songs together.

Like the character, ‘Mimi’ is an infectious, fun, and sexy release that captures the band’s lighthearted side. From synth-led funk of ‘Dollars & Change’ to the slick and soulful ‘F on the J-O-B’, ‘Mimi’ radiates with coolness.

As they prepare to release a certified late summer soundtrack, drummer Sheel Davé talked music by the numbers with us, telling us about the songs he wish he had written, how he would sum up Bad Rabbits in nine words and more.

My Sister and Mr. Jodice (music teacher in middle school)

‘Mimi’ by Bad Rabbits is released on 10th August on InGrooves.