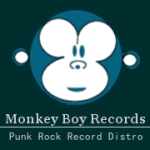 ‘BeachBoy’ by McCafferty can be streamed by clicking read more.