The third Slam Dunk Festival announcement has been made with Mallory Knox, Kids In Glass Houses (exclusively playing ‘Smart Casual’), We The Kings, and Chiodos being some of the names added.

Other names announced today are The Red Jumpsuit Apparatus, Gnarwolves, Modern Baseball, MC Lars, Heart of a Coward, Save Your Breath and Ghost Town.

Whilst for ska punk fans, Jesse James will be reforming exclusively for the festival. Finally Capdown will be returning to Slam Dunk as well. 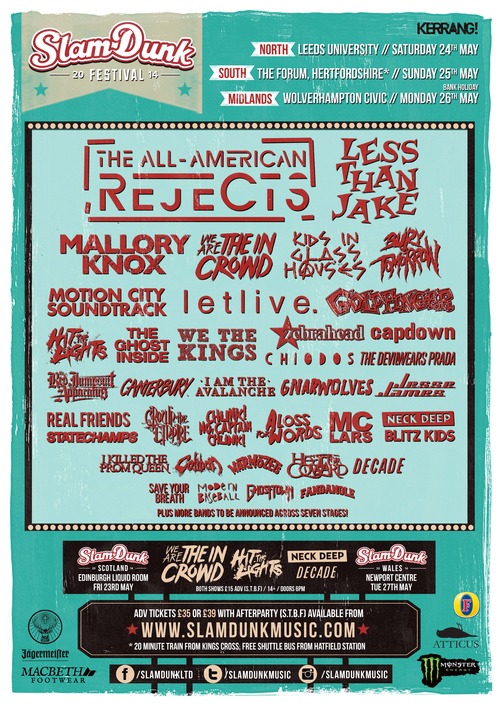