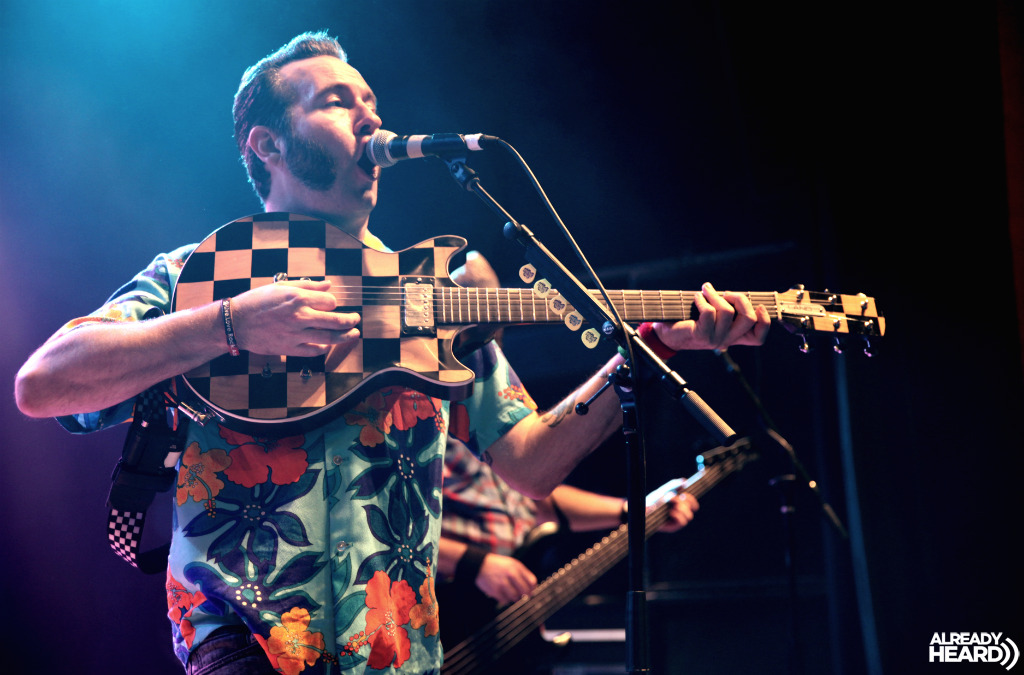 Due to a ridiculous queue to get inside, the first band I catch tonight are Zebrahead. A band who has always reminded me of college frat boys, they bring a riotous mix of songs about girls and getting wasted. The crowd likes them, and even though this is nowhere near their best performance, it’s a perfectly good greatest hits set from the band. (3/5)

Next up are Less Than Jake and while I understand the need to mix up the order of the bands, it seems a crying shame that they are forced to perform before Reel Big Fish. Less Than Jake are the sophisticated cousin of their Hawaiian shirt clad counterparts Reel Big Fish, and it ruins the momentum a little. However this certainly doesn’t stop them from blasting through a tight, exciting set, the kind that involves drinks being flung from your hand as you find yourself involuntary bounced by the swing of the crowd. With every Less Than Jake song you’ve ever cared about making a appearance (‘Last One Out Of Liberty City’, ‘Gainsville Rock City’ and ‘Plastic Cup Politics’ were my personal favourites) there was no way anyone could walk away from their performance doubting that Less Than Jake aren’t the masters at what they do. Less Than Jake are so much fun to watch, and an absolute joy to sing-along to – the perfect live band. (5/5)

Unfortunately this took some of the impact away from Reel Big Fish, who despite being most people’s introduction into Ska Punk, have failed to update their setlist in about two years,  delivering an identical set to when I last saw them in 2012. It felt stagnant, and considering the bulk of the songs from 2012’s ‘Candy Coated Fury’ are absolutely dreadful, it was a shame to see them play so much from it. However when they played the right songs, they were completely on-point, with tracks like ‘Beer’, ‘Where Have You Been?’ and that unavoidable cover of ‘Take On Me’ all sounding amazing. (4/5)

It may not be the coolest of the alternate genres, but tonight’s line up showed that Ska Punk certainly knows how to throw a party. Brash and loud, it may not be for everyone, but the heady atmosphere of a sold out Shepherd’s Bush Empire was testimony to the ongoing popularity of Ska Punk.