If you rocked up to the KOKO on Thursday night you would’ve been greeted by hoards of youngsters all dressed up in black, wrapping around the venue and all down the street as they queued for a sold out Motionless In White gig. The American metalcore quintet have been going from strength to strength with each album as they’ve evolved, progressing from a sold-out show at the 500 cap Underworld two years ago, to a sold-out show at the KOKO (1,410 capacity). This clearly reinforces big expectations for one of the most sizable shows on ‘The Graveyard Shift’ UK/EU tour. 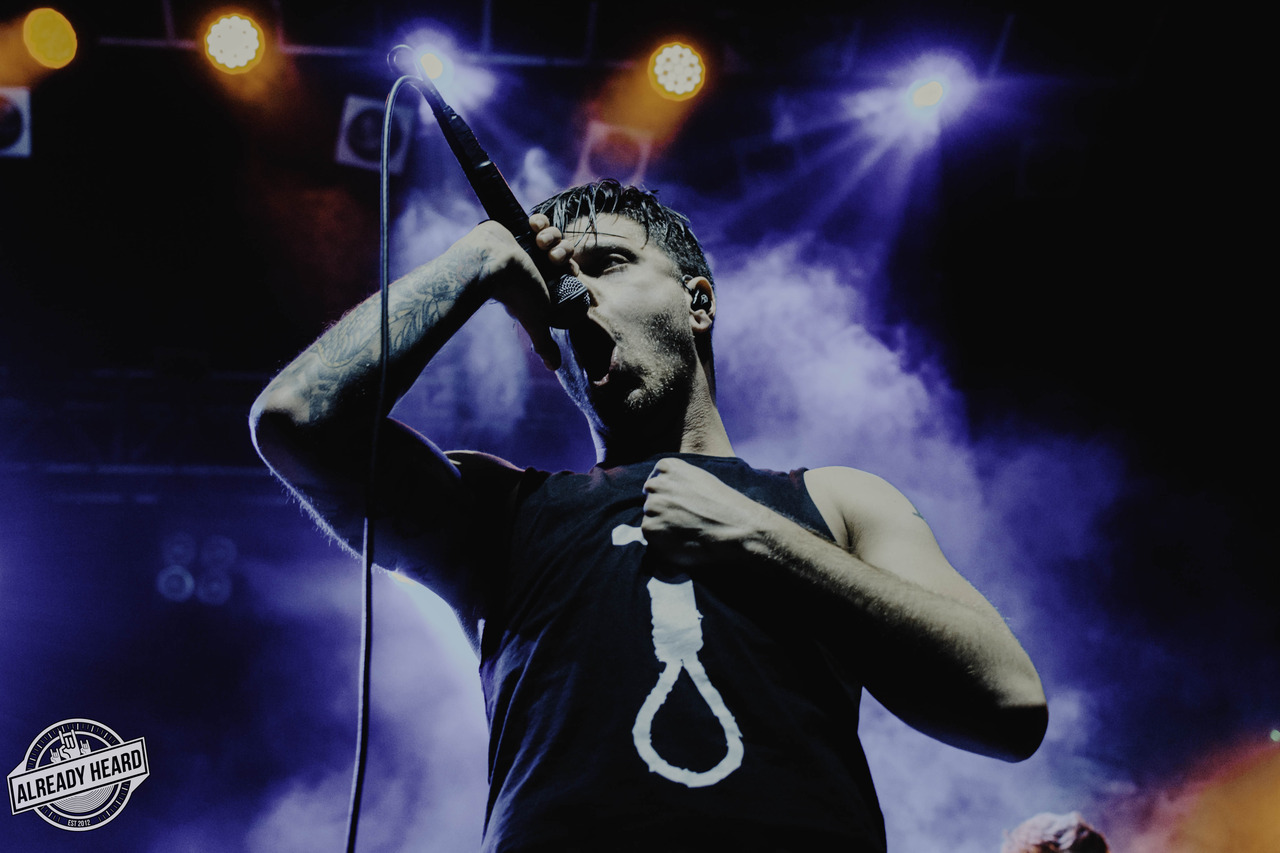 To warm up the crowd were Massachusetts metalcore band, Ice Nine Kills. Frontman Spencer Charnas brought an abundance of energy to the stage with his melodic screams and encouragement of crowd interaction, as he leapt down to the barrier several times throughout their set. Spencer’s vocals are also complimented by lead guitarist Justin DeBlieck, as they play a short array of songs from the past two albums. One of their most recent recognised songs, based upon The Shining by Stephen King, ‘Enjoy Your Slay’, really gets the crowd excited, being the latest single they released last year. (3/5) 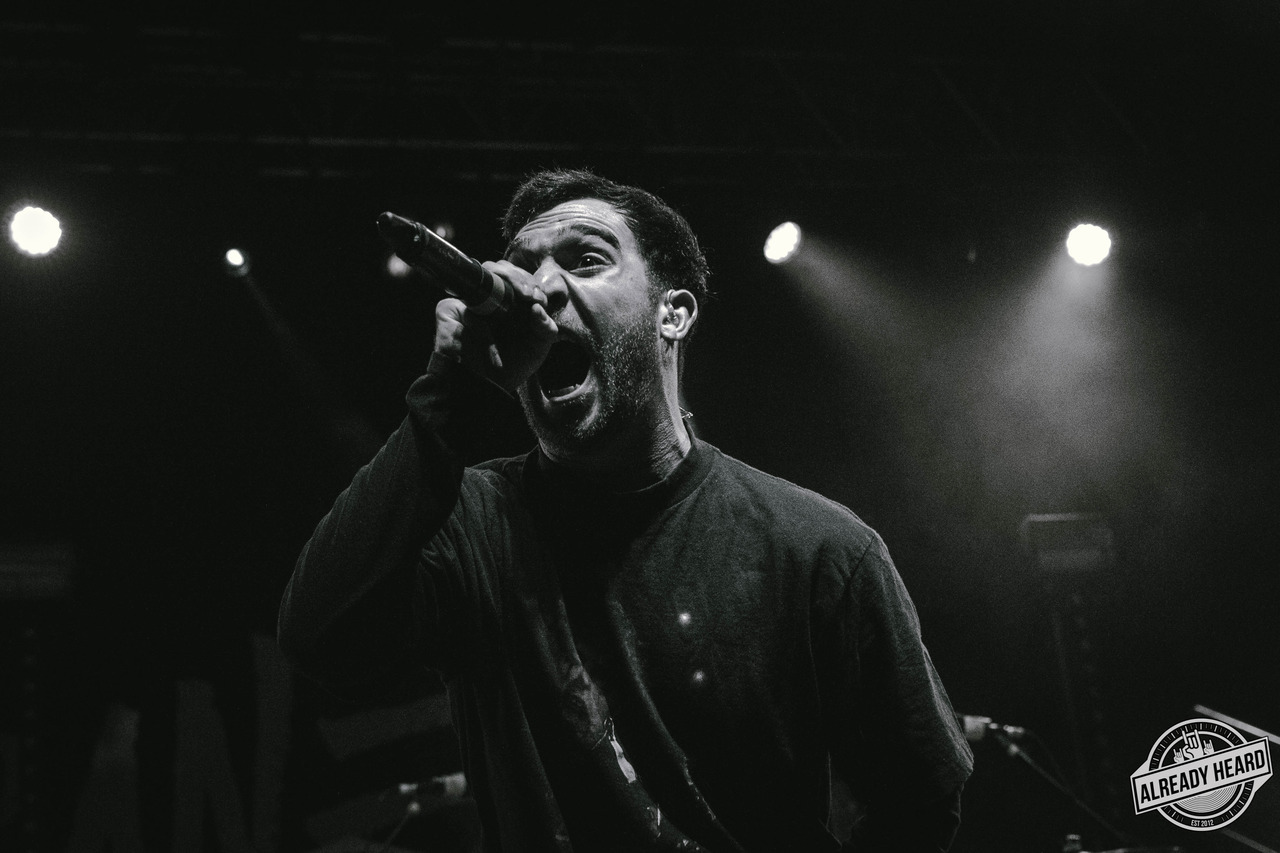 Next up is Cane Hill, a band that have been wildly proclaimed as a band on the rise, and with their new album only being just days before this show, it was interesting to see how the crowd would react to the new songs. As the band came on stage, they certainly set a solid tone for their set, with real focused energy coming from every single member. Before they even start their set, their is a sense of anticipation from the growing crowd. Before long, frontman Elijah Witt addresses the crowd with “open this motherfucker up” and as the intro to a thrasher of an old song ‘Time Bomb’ begins, Witt actively encourages the crowd to give him more throughout.

Transitioning into two new tracks, ‘Lord of Flies’ and ‘It Follows’ generates head banging, fists in the air and even the chorus hooks being relayed back to them. A positive start for the band before they slow the set down for one of the more emotional songs from the new album – ‘Erased’ where we got to see the KOKO lit up by phone flashlights from the front, all the way up to the balconies. Finishing up with performances of songs ‘Too Far Gone’, ‘Cream Pie’ and ‘Fountain of Youth’ proclaim that Cane Hill are a band to be reckoned with, certainly leaving the audience with something to talk about before the main band. (3.5/5)

By the time Motionless In White were scheduled to come on, the crowd was packed out all the way from the front to the back of the bar and up the multiple balconies. As soon as the band materialise and the synths from the ‘Rats’ intro kicks in, they have everyone’s full attention. Lead singer Chris Motionless has said before that with their show production, they aim to bring a stadium show and theatrics to a club venue. There is no denying they put on one hell of a show for the masses that have come to see them; with incredible 3D lighting design, stage make up, and on this tour, two showgirls alongside them. With an evolving setlist throughout the tour, London witnessed a set full of crowd pleasers including old classics; ‘Immaculate Conception’, ‘A-M-E-R-I-C-A’ and ‘Abigail’.

Every song gets a strong reaction with dedicated fans belting out each word, headbanging and moshing to their hearts content. Feeding off this energy, Chris stomps and strides about in glossy PVC boots throughout. Half way through the set, he gives a clue to the next song asking if anyone has heard their album ‘Creatures’, the house lights beam on across the crowd as they roar back in response with fists in the air. With the overwhelming positive response resonating in the air he goes on to inform us they haven’t played this song in six years, it’s their infamous name appropriate song about Jack the Ripper – ‘London In Terror’. 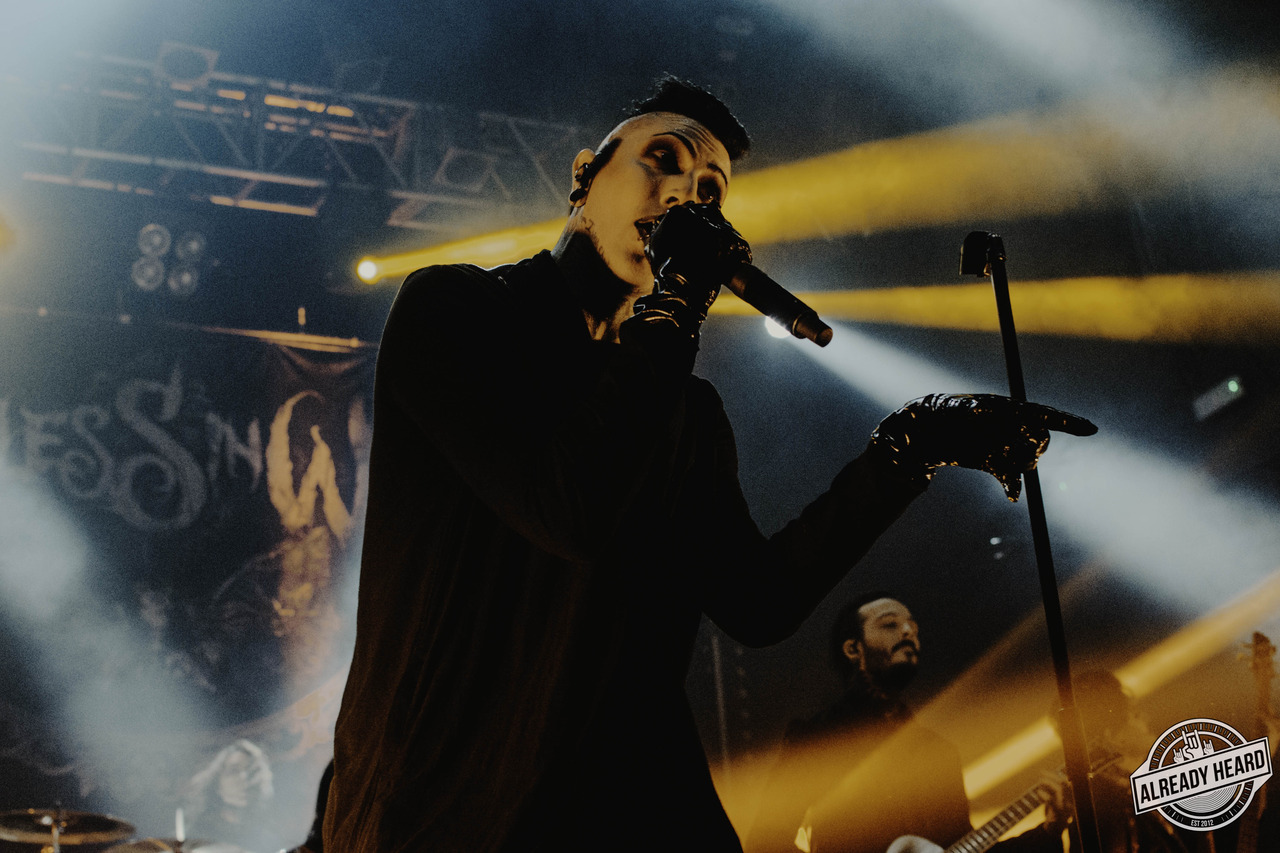 Despite the number of old classics, the set is well balanced with anthems from last year’s ‘Graveyard Shift’ LP. Songs such as ‘Loud (Fuck It)’ and the Korn-inspired, ‘Necessary Evil’, are sung back loud and proud. As Ghost leads their emersion for the encore, the lighting design transitions to a hot pink with white strobes as the disco ball above shimmers and reflects across the entire room, setting the mood perfectly to evoke an emotional performance of the love song from the album – ‘Eternally Yours’. (4/5)

Although Motionless In White have taken a new direction with their music, they delivered a solid show. Benefitting from improved production, Motionless In White show they’re more than just a band. They are a whole artistic concept that thrives on the energy of their dedicated fans who have accepted their evolution.