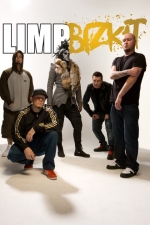 Limp Bizkit have been confirmed to play this year’s Download Festival.

The news follows a message from the band stating that they would be playing the festival, although this was previously unconfirmed.

Several more bands are rumoured to be announced tomorrow.

Download 2013 takes place at Donington Park from June 14-16 2013. Weekend with camping tickets are on sale now from www.downloadfestival.co.uk.