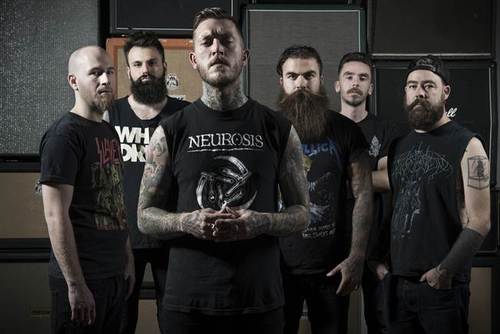 UK alt rock “supergroup” Krokodil have revealed their debut album will be titled ‘Nachash’ and will be released on November 10th via Spinefarm Records.

The group, made up of members from Cry For Silence, Hexes, Gallows and SikTh, have previewed the album by posting their new single, ‘Reptilia Familiar’, which can be streamed by clicking read more below.

Krokodil will be supporting Mastodon on their UK and Ireland tour next month. Big Business will also be supporting.