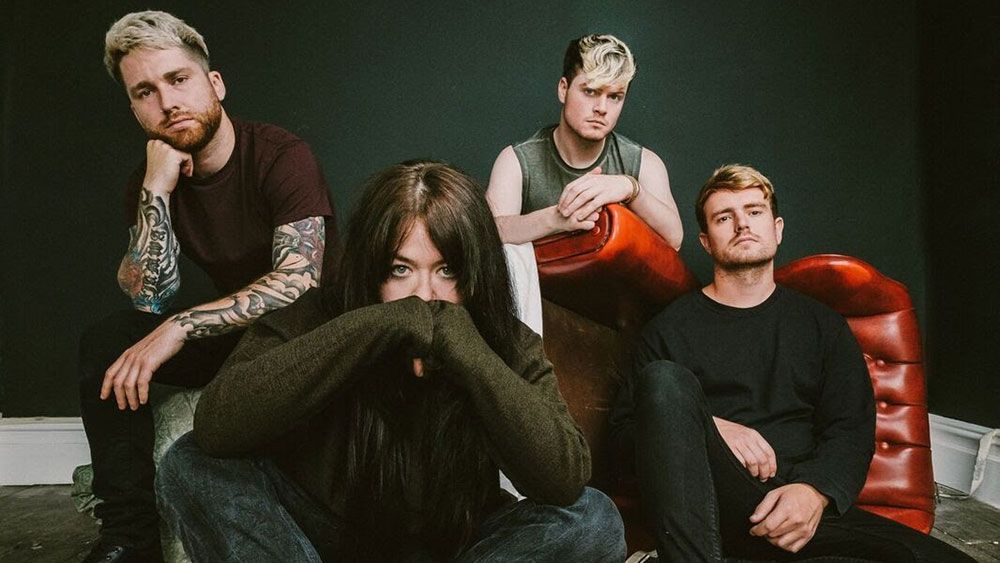 “For us, this is not just a band, it’s something to help others.”

Whenever a band comes to making their debut full-length, it can be an intimidating task. And if you’re Dream State, a band who have already received plenty of acclaim in their short time in the spotlight, you’d think there would be added pressure with their upcoming record. However, as vocalist CJ Gilpin explains, the South Wales group aren’t phased by any expectations, “I don’t think it’s added any pressure. We’re pretty proud how far we’ve come.”

Undoubtedly, the Welsh four-piece have come a long way in a relatively short space of time. Formed in 2015, debut EP ‘Consequences’ laid down the foundations that they would build on last year’s follow-up, ‘Recovery’. The combination of CJ’s versatile and emotive vocals alongside a dense, alt-rock/post-hardcore sound has proven to catch the eyes and ears of critics and fans throughout the UK, Europe and even Australia.

After spending a majority of 2018 on the road, building a solid reputation, the gears in motion towards the aforementioned debut album are slowly moving. Their main stage appearance at 2000trees was considerably a sign of things to come, and while Gilpin admits nerves got the best of her at first, she soon got into the swing of things.

Speaking to Already Heard shortly after their impressive set, CJ along with guitarist Rhys Wilcox spoke of the shared relief of completing the album. “There’s still a lot of work to be done. We’re still ticking away but it’s ready to rock,” states Wilcox.

While ‘Recovery’ led to many fortunate opportunities, Dream State are aware of the freedom making an album creatively brings. “It’s a mixed bag. We don’t like to put any limits on our selves. We don’t aim for anything,” explains CJ. “We write what feels natural. It’s very rock-rooted but it’s like a tree, it branches out into different directions. It’s varied. There’s a lot of feeling in it. Just expect a lot.”

Assisted by Dan Weller, the producer, whose credits include Enter Shikari, BabyMetal and Bury Tomorrow, seemingly complimented the band’s willingness to explore. “He let us just experiment and write but as far as a producer goes, the electronics were the best part and his writing in it as well. He was perfect,” proclaims Gilpin with Wilcox adding, “It was nice to see his skills complemented what we wanted to achieve. I feel like we chose the right person.”

While 2019 has, for the most part, seen the band focus on the album, two singles in the form of ‘Hand In Hand’ and ‘Primrose’ have been released. Stylistically, both continue the band’s proven flair for writing big hooks. Yet, when questioned if both songs were a sign of things to come, both CJ and Rhys are adamant they’re not. “Every song has got its own vibe but it’s all very much Dream State,” states Wilcox.

Besides the band’s bold take on alt-rock and post-hardcore, one significant draw to Dream State is the cathartic songwriting of CJ. With a history of addiction, depression and anxiety, the singer has used the band as a platform to what she describes as doing “psycho-analysis” on herself (“there’s a tornado in my mind a majority of the time.”) It is this that threads the band’s songs together. Songs from ‘Recovery’ and new single ‘Primrose’ prove to relatable and honest.

“I believe in honesty. Rhys said a really cool quote to me in January and it’s never left my mind; “honesty is purity”. The more honest I am, the more liberated I feel,” says CJ. “I think that’s it is important we do that because you grow from it. From being honest, I’ve got nothing to hide from.”

It is this relatable honesty that has allowed Dream State to build a close-knit relationship with their growing fan base. “I think because we’re so open with what we’re doing, people are open themselves,” Rhys states. “We’ve had people come up to us saying ‘I couldn’t bring myself to come tonight but I found the strength that bought me here and I have you to thank for that.’”

Although the opportunities Dream State has earned and has been welcomed by the band, it’s clear having a connection with their fans is considered their biggest achievement. “It gives us purpose,” admits CJ. “For us, this is not just a band, it’s something to help others. That’s something I’ve always wanted to do. That’s why we’re here; to experience and to share.

“So many fans write to us saying how much it is helping them and that is why the honesty is so important. At the end of the day, it’s spreading awareness. They really vibe off it and vibe with us in the crowd. We’re all an emotional bunch, fans included.”

Dream State will be touring the UK on the following dates: