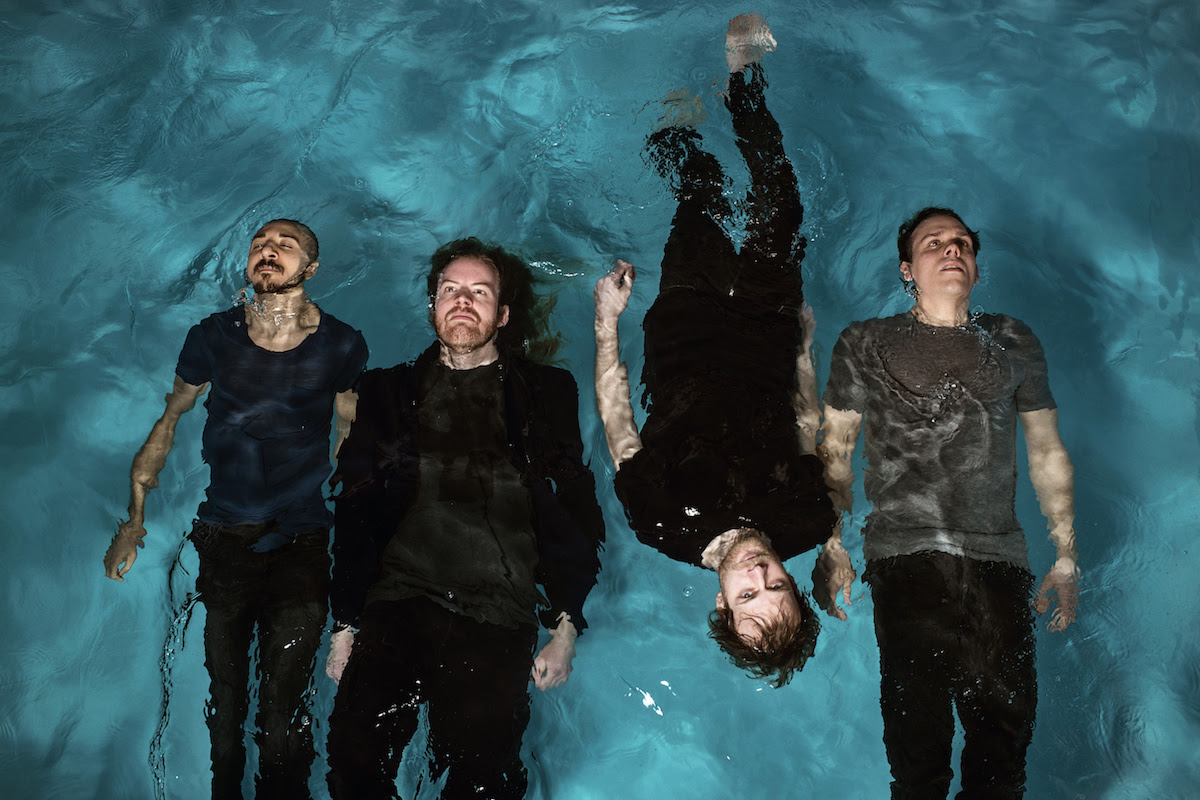 For Danish-based progressive rock quartet VOLA, the bands that made them the group that they are are as varied as the music they create. Dishing out experimental rock tinged with elements of tranquil, easing electronica and contrasting beefy metal riffs, the four-piece are unafraid of exploring new tones and turning them into a cohesive, thoroughly individual and captivating sound.

Their recently released second record, ‘Applause Of A Distant Crowd’, sees the four-piece take a more external approach, both musically and lyrically. For example, the title track is a compelling tale of someone seeking solace and support in social media after a breakup. Whereas ‘Still’ and the riff-laden ‘Alien Shivers’ represent the element of fear within terrorism. Throughout ‘Applause Of A Distant Crowd’, VOLA produce thought-provoking moments that are as engaging as the genre-bending sounds they create.

With ‘Applause Of A Distant Crowd’ now out in the open, we spoke to the group about the albums that have influenced them.

Mew – And The Glass Handed Kites

Nicolai Mogensen (bass): One of few albums that I listened to as a teenager and still enjoy today. Insanely catchy songs, interesting production and every song flows perfectly into the next making the album work great as a whole.

Metallica – Metallica (aka The Black Album)

Nicolai Mogensen (bass): Hearing the ‘Nothing Else Matters’ intro as a kid made me want to pick up the guitar I get very nostalgic when listening to this album. It’s very inspiring to hear a hard-hitting album still making it into the mainstream. The songwriting was simply too good to be ignored.

Nicolai Mogensen (bass): The album that made Meshuggah click for me. So brutal, but the last parts of Straws Pulled At Random are also some of the most beautiful I’ve ever heard. The polyrhythmic guitar riffs and Tomas Haakes drumming has been a big influence for us when we’re writing guitar and drum parts.

Martin Werner (keyboard): This album got me into the more progressive music genre and it’s still one of my favourite albums from Porcupine Tree. It’s beautifully produced with great usage of musical space. The heavy guitar tunes combined with ambient acoustic passages makes it a joy to listen to.

Martin Werner (keyboard): This is just a great alternative metal album packed with energy, amazing instrumentation and beautiful vocal delivery. An album I listened a lot to in my late teens. A real stand out on the album is the song ‘Digital Bath’ with captivating electronics and huge drum sounds.

Adam Janzi (Drums): ‘Abyss’ is a very dark, droning and emotional album that has impacted me immensely. It’s one of those albums that I can listen to countless times without getting bored. It delivers so many emotional punches and it keeps inspiring me today still, even after having listened to it many times these last couple of years.

Adam Janzi (Drums): This album is a soundtrack for the movie with the same name. Besides being an album that has breathtakingly beautiful songs on it, it also manages to capture a specific atmosphere and state of mind so well.


Asger Mygind (vocals & guitar): The flow on this album is incredible. Porcupine Tree covers a lot of musical ground here, but they make it seem effortless and natural. Discovering this band made me realize that you are allowed to create very diverse musical expressions on an album, as long as you tie them together in a smart and elegant fashion.

Asger Mygind (vocals & guitar): Soilwork has been a great influence on my way of writing choruses. I had only heard very little music with harsh vocals before listening to Figure Number 5, but the smooth transitions between the heavy and the melodic parts made me enjoy that vocal style thoroughly. I love the timbre of Bjorn Strid’s voice. There’s a fullness to it that adds a certain larger-than-life vibe to Soilwork’s melodic choruses. They give you that feeling of elevating slightly from the floor, which makes for very addictive listening experiences.

Asger Mygind (vocals & guitar): ‘Nothing’ was my gateway into Meshuggah, but I think I’ve listened to Catch 33 more times. Not only was the rhythmic approach of the band massively inspiring in terms of how to approach songwriting – their way of blending the guitar and bass sound changed the way I view music production. I would be in a very different place as a musician if not for this band.

‘Applause of a Distant Crowd’ by VOLA is out now on Mascot Records/Mascot Label Group.