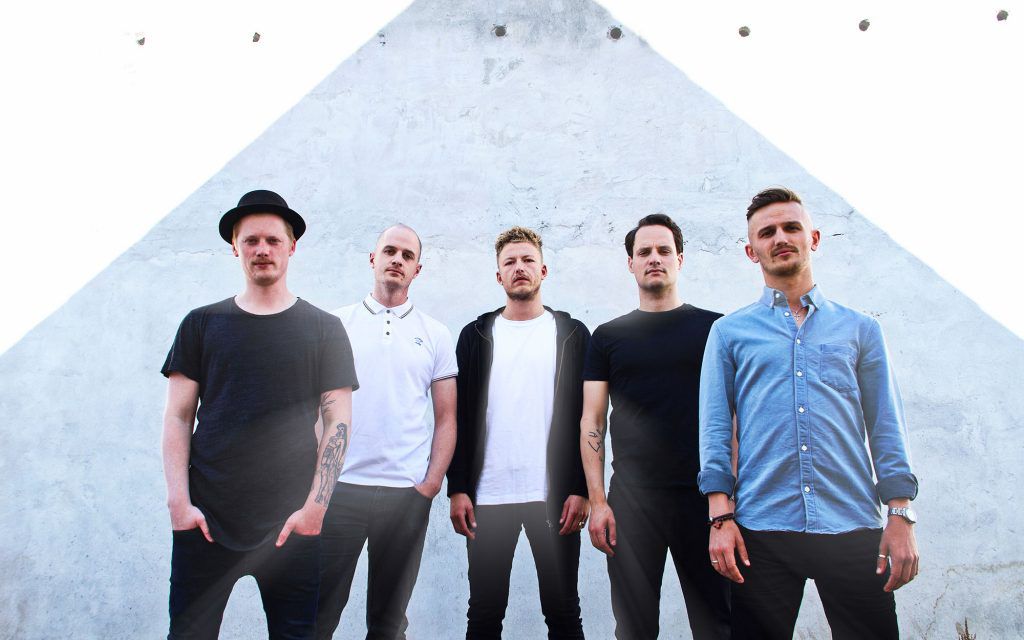 On their new album, ‘Fervor’, Copenhagen quintet Cold Night For Alligators blur the lines between progressive metal and brutal metalcore with conviction. ‘Violent Design’ is a rich, twisting opener with dizzying guitar work. While ‘Nocturnal’ stomps and judders in contrast to the somewhat tranquil ‘Get Rid of the Walls’. Throughout, they show a flair for focused songwriting and larger soundscapes, resulting in a record that keeps you guessing from start to finish.

Undoubtedly, Cold Night For Alligators 3 amongst its five members. For this edition of “Influences”, they’ve picked out a mix of bands and musicians they’ve looked up to since forming a decade ago.

Christian Alexander Minch (Bass): I’m respectfully looking past dividing instruments into certain groups, and mainly focusing on my own instrument. Tobias is one of the most talented musicians out there. Hands down – and he is a great guy! A huge inspiration for what I’m trying to achieve musically.

Kristoffer Winther Jessen (Guitars): Tides From Nebula have been a huge inspiration for me, especially how they incorporate many different atmospheres and emotions in their music. As a guitarist, I focus my listening on their guitars and they use many different pedals and effects to create different tones, which make them a really interesting listen. This inspires our music, as we aim to be diverse in our writing.

Per Møller Jensen (The Haunted)

Nikolaj Sloth Lauszus (Drums): Ever since The Haunted first blew me away 13 years ago, Per Møller Jensen has been one of my favourite drummers. ‘rEVOLVEr’ and ‘The Dead Eye’ are still among my favourite albums, and his drumming on them is so controlled, well-rounded and musical.

Nikolaj Sloth Lauszus (Drums): I’ve probably stolen more licks from Martin Lopez than any other drummer. I’m still envious of how tasteful and purposeful his drumming is in both Opeth and Soen. Opeth’s ‘Ghost Reveries’ is a tour-de-force and he absolutely slays on the opening track.

Roar L.A. Jakobsen (Guitars): Robby Baca (guitarist) and the gang always build a universe consisting of interesting harmonies and odd meters, which never stops tickling the ear and creates a lust for more. As a listener, you are never bored, and I try to recreate that feeling when I write chord progression.

Johan Pedersen (Vocals): Greg Puciato first blew me away with his diversity and his live performance. I really got into Dillinger 4-5 years ago but he/they keep growing on me, and Greg’s new project (The Black Queen) just shows off his diversity even more. The thing that inspired me for this album was his approach to dealing with recordings. He once discussed in an interview about how if it doesn’t work after a couple of tries, then most times he’ll go for something else. I really tried using this mantra when we recorded this album, and it gave me much more freedom and confidence.

‘Fervor’ by Cold Night For Alligators is out now on Long Branch Records.