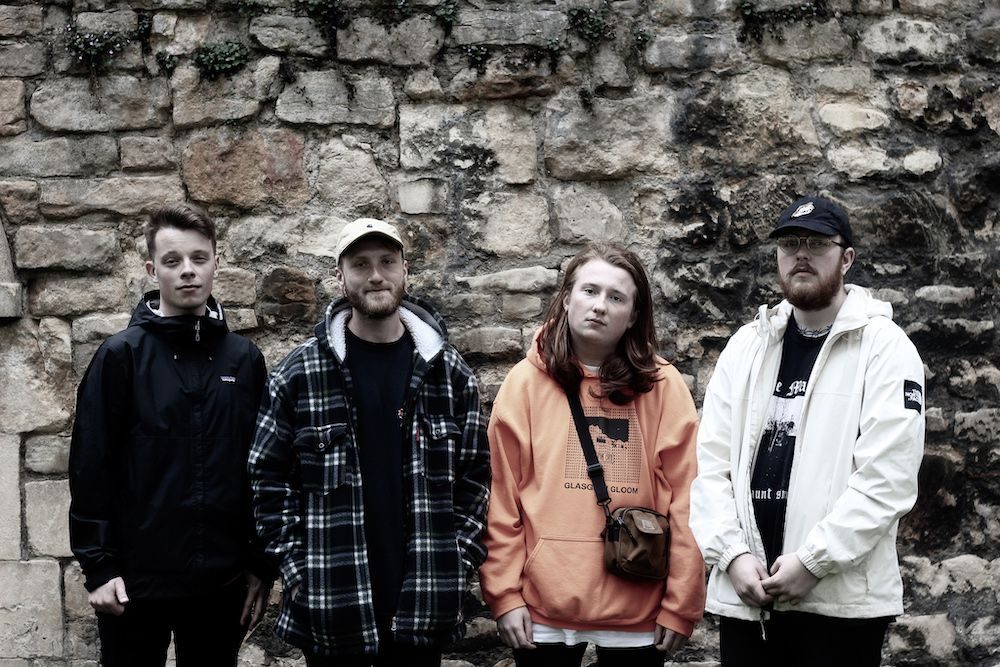 Over the past four years, Reclaimer have been building a venomous brand of hardcore that has become expressive as well as expectedly heavy. Their debut EP, ‘Same Hell, Different Devils’, allowed them to find a following in their hometown of Lincoln before various singles led the four-piece to tour throughout the UK and Europe.

‘Grief, Enslaved’ is the title of their new EP and sees Reclaimer expand that sonic pallet. Songs such as ‘Let Go’, ‘July’ and ‘Canvey’ sees raucous harmonies of floating, ambient melodies complement the sharp, burgeoning breakdowns and visceral screams of Harrison Cook.

With an impactful set of songs now in their arsenal, we were intrigued to see who the members of Reclaimer consider as their influences. So Cook, along with drummer Cameron Corton, bassist Robert Featherstone and guitarist Michael Whittey, decided to tell us about six inspirational albums.

Being As An Ocean – How We Wondrously Perish

We’ve been inspired by Being As An Ocean since the formation of Reclaimer. We found a place in how the messages were spread within the lyrical content, and I personally feel that we try to do something similar in how it can be up for interpretation and this record especially gave me a lot of inspiration.

Harrison Cook (vocals): I feel like Landscapes are one of the most underrated bands ever. Me and Michael have been hugely inspired by Landscapes since we discovered them in 2013. They’re a band we will never get the pleasure of supporting, or seeing again which sucks, but what they’ve left behind really inspired the creation of Reclaimer and the record ‘Grief, Enslaved’.

This is probably the odd one out but to us, it isn’t. The heaviness of this band blew our minds when ‘Laugh Tracks’ dropped and even though we aren’t hardcore we took huge inspiration for writing breakdowns and heavier sections in the songs on ‘Grief Enslaved’ and in our future material.

Counterparts – Tragedy Will Find Us

Harrison: Since day one of Reclaimer, ‘Tragedy Will Find Us’ has been massive for us all personally and musically. Getting up and doing Choke with Brendan at upsurge 2018 was a huge honour as without Counterparts I don’t think we would have taken this direction in our sound. I love the lyrical content and the way the songs have been put together. It’s been hugely influential to us.

Underoath – Lost In The Sound Of Separation

Cameron Corton (drums): ‘Lost In The Sound of Separation’ was an important album for me (Cam) because I was just finding my roots in the music scene as a drummer. Aaron Gillespie’s playing style really taught me that you can truly express yourself even with an instrument like the drums, not everything has to be ‘linear’ or to a specification.

This album opened up my eyes to the interpretation of music & the different emotions it can create for individuals even if they’re singing to the same tune, it could be a whole different experience for another.

Robert Featherstone (bass): How can you not be inspired by Architects? The top UK metal band on the decade, killing it all over the globe. Personally, I was completely blown away by how different the album was to anything else at the time, and I still don’t think there’s anything quite like or equal to it. It’s got everything. Probably one of, if not the best metal album of all time for me. I know for a fact this album is the reason a lot of people within the music scene became musicians in the first place. If you haven’t listened to it before stop what you’re doing and listen now.

‘Grief, Enslaved’ EP by Reclaimer is out now on Famined Records.