Spring is here and with it is the beginning of a busy summer of festivals. With Slam Dunk, Bristol’s Booze Cruise and the Bring Me The Horizon-curated date of All Points East taking place in the coming weeks, it’s sure to set expectations for the rest of the summer. However, May isn’t just about festivals as there is a whole host of noteworthy releases dropping this month.

As always, your pals here at Already Heard are on hand to point you in the direction of some of this month’s essential releases. With the month kicking off with new music from Frank Carter & The Rattlesnakes, New Found Glory, Bad Religion and later on, Aaron West and The Roaring Twenties, we were spoilt for choice. Nevertheless, we’ve picked out six vital releases that you need to hear this month!

Following the release of 2017 album, ‘The Warmth of a Dying Sun’, Employed To Serve was on the receiving end of widespread praise. Now having been earmarked as one of heavy music’s most promising prospects, the quintet have moved from stellar independent label, Holy Roar, to Universal-affiliate, Spinefarm Records.

Yet despite their success and growth, album number three, ‘Eternal Forward Motion’, sees ETS not holding back, being as thought-provoking as ever. As the title track, along with ‘Harsh Truth’ and ‘Force Fed’, have already shown us, ETS aim to be brutally honest, both musically and lyrically. Influenced by today’s fast-paced society, Employed To Serve look to capture the mood of a jaded generation. And when combined with their relentless musical onslaught, ‘Eternal Forward Motion’ has all the makings of cementing Employed To Serve‘s place at the forefront of the UK’s metal scene. (SR)

‘Eternal Forward Motion’ by Employed To Serve is released on 10th May on Spinefarm Records.

The Get Up Kids – Problems

Last year, The Get Up Kids returned with a stellar EP in the form of ‘Kicker’. This month they follow it up with their first full-length in eight years – ‘Problems’. Early evidence shows the influential emo rockers look to carry on the momentum provided from ‘Kicker’.

‘Satellite’ is a rousing opener with its simple acoustics, and lyrical anxiety giving way to an explosive chorus that we’ve come to expect from the quintet. Likewise, ‘The Problem Is Me’ carries itself with familiarity; James Dewees pounding keys, the duel vocal work of Matt Pryor and Jim Suptic and uplifting, hook-laden drive.

Nevertheless, both tracks hint at a record that thematically takes an introspective look at where the quintet are in their lives in 2019. As told ahead of its release, ‘Problems’ examines everything from life-changing loss to loneliness to the inevitable anxiety of existing. When paired with resonant, anthemic choruses, it’s sure to be a welcomed return for The Get Up Kids. (SR)

‘Problems’ by The Get Up Kids is released on 10th May on Big Scary Monsters.

Defeater made their name on hardcore label Bridge 9 Records. Fusing a melodic take on hardcore with tales of 1940’s America they created something uniquely powerful. Returning from a short break they’ve taken a step toward a larger audience and signed with Epitaph Records for their new self-titled album.

Vocalist Derek Archambault once said his lyrics would never address anything but the characters he sketched out on their debut album ‘Travels’ and he’s been true to his word. On the driving ‘Stale Smoke’, he talks about how their relationships are soured by drinking and memories, while he further explores the role of family on the new single ‘Mother’s Sons’ where he sounds as gut-wrenching as ever.

Originally all their work was produced by guitarist Jay Maas but due to his departure from the band, they have sought out current flavour of the month Will Yip to handle those duties. It’s changed their sound somewhat, with Archambault’s vocals sitting much lower in the mix, creating a sound that’s far more accessible, without turning down the power. Meaning if you’ve never sampled Defeater’s work it’s shaping up to be a great introduction, but if you’re already a fan you’ll definitely want to reserve a copy, it’s going to hit hard. (IK)

‘Defeater’ by Defeater is released on 10th May on Epitaph Records.

We Never Learned To Live – The Sleepwalk Transmissions

Back in 2015 We Never Learned To Live dropped their debut album ‘Silently, I Threw Them Skyward’. Distilling the soul of their first EP, it was a space-fuelled take on post-hardcore offering as much in promise as it did in atmosphere. As it closed out its runtime with ‘Tasting Paralysis’, they left us with the strongest indication of just how stellar they could be. Since then, radio silence.

Thankfully, comeback single, ‘Android Anaesthetist’ absolutely blows their previous work out of the water. You’d be hard-pushed to call it the same band. It sounds as if they’ve ripped the heart out of a Deftones record and fused it with their own. Creating something fresher, more arresting and even more atmospheric than anything they’ve put their name to before.

Working with Lewis Johns at The Ranch Production House has helped shape this new sound. You might recognise his production work on stellar records by bands like Rolo Tomassi, and the few songs we have heard so far share this truly devastating approach.

‘Luma, Non Luma’ and ‘Retreat Syndrome’ may be shorter but they confirm our suspicions, hitting harder than anything in the band’s catalogue. If ‘The Sleepwalk Transmissions’ lives up to what it promises you can expect to find it bothering end of years lists, it certainly has the potential. (IK)

‘The Sleepwalk Transmissions’ by We Never Learned To Live is released on 10th May on Holy Roar Records. 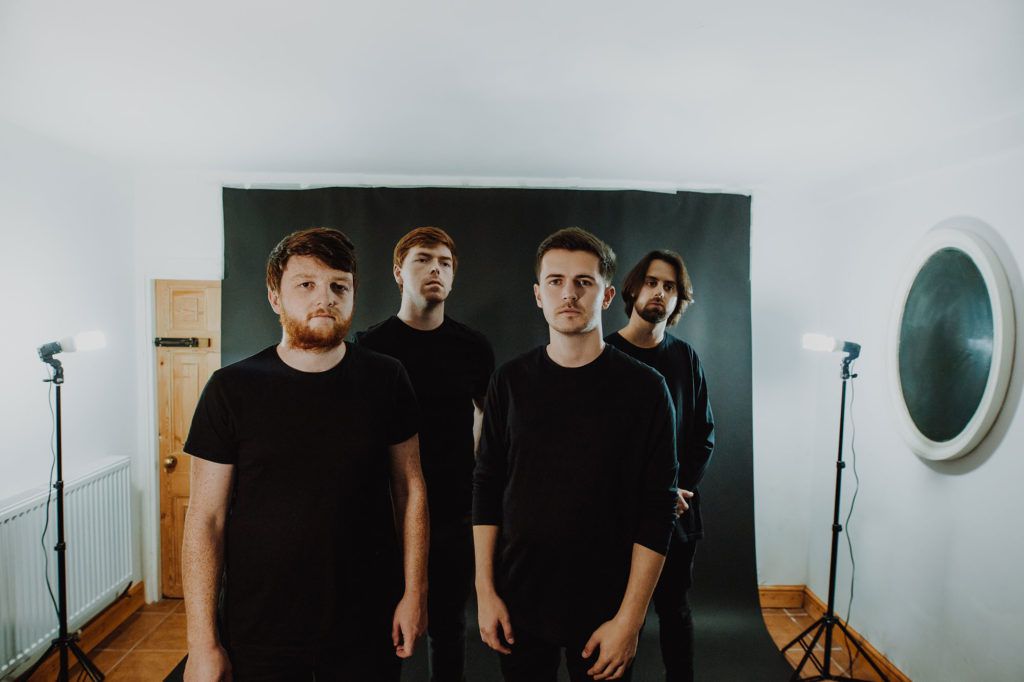 We’ve been keeping tabs on these Bristol punks for the best part of five years. Nevertheless, it’s been three years since they delivered the noteworthy ‘Dumbstruck’ EP. During that time, they’ve been putting in the road miles, playing shows all over the UK and Europe. More importantly, they’ve been working on what has become their debut album – ‘Born A Cynic’.

Having established a brand of ruthlessly energetic and fun punk previously, ‘Born A Cynic’ looks set to deliver an abundance of absolute punk rock rippers just in time for summer. The four-piece have already given us four stellar cuts in the form of ‘Medicate’, ‘Sympathy’, ‘Brain Dead’ and ‘Rotten Lungs’. All of which have us wanting to hear more of their irresistible and effervescent brand of punk.

With a touch of the 1990’s in their DNA, a slight bratty attitude, and massive hooks, don’t be surprised if ‘Born A Cynic’ becomes the talk of the scene in the coming weeks. (SR)

‘Born A Cynic’ by Weatherstate is released on 10th May on Failure By Design Records (UK) / Wiretap Records (US).

If you’re fond of feedback or a glutton for grunge, you’ll want to check out ‘Regulars’, the new album from Dead Bars. Hailing from Seattle, their music captures the best of everything their local scene has to offer, presenting a noisy punk ethos with biting pop hooks.

‘Regulars’ is the band’s first real full-length after a selection of splits, EPs and 2017’s mini-album ‘Dream Gig’. From what we’ve heard so far they’re serving up everything we love about them, with dials turned up a notch.

The first single, and album’s namesake, bathes in laidback fuzz but you can’t ignore its huge chorus. John Maiello’s sneering but affecting voice has never sounded so honest and with its opening lines of ‘I’m a regular here, but no one knows my name’ it’s an anthem for the alienated.

The other teases we’ve heard revisit the band’s familiar topics of panic attacks and anxiety, but they never shy away from a massive hook. It makes for an extremely powerful and catchy sound and wearing their hearts so boldly on their sleeves they’re making music that really means something. If you’re sad or lonely and you’re looking for a band who want to talk about it then ‘Regulars’ is going to be the album for you. (IK)

‘Regulars’ by Dead Bars is released on 3rd May on A-F Records.