The Xcerts – Hold On To Your Heart

Ever since returning with ‘Feels Like Falling In Love’ to much praise last summer, anticipation for the Xcerts’ fourth record has grown with each hook-filled single. In the past the Brighton trio have leaned on angst-driven melodic alt-rock, ‘Hold On To Your Heart’ hones in their pop sensibilities embracing the stylistic spirit of Bruce Springsteen and Tom Petty as they produce the soundtrack to best John Hughes (‘The Breakfast Club’ and ‘Ferris Bueller’s Day Off’) movie that never was.

‘Feels Like…’, ‘Daydream’, ‘Hold On To Your Heart’ and, more recently, ‘Drive Me Wild’ have all been welcomed by longtime admirers and new fans. Collectively, they hint what ‘HOTYH’ is about; renewed optimism. Underneath the 80s-tinged powerpop is a collection of songs that sees Murray Macleod dust himself off after a difficult period and getting up to take on the world. Throughout, he’s introspective, cathartic and honest yet his lust for life is what threads ‘HOTYH’ together.

With a history of critically beloved albums already under their belt, The Xcerts and ‘Hold On To Your Heart’ has all the makings of being a breakthrough record. (SR)

‘Hold On To Your Heart’ by The Xcerts is released on 19th January on Raygun Records. 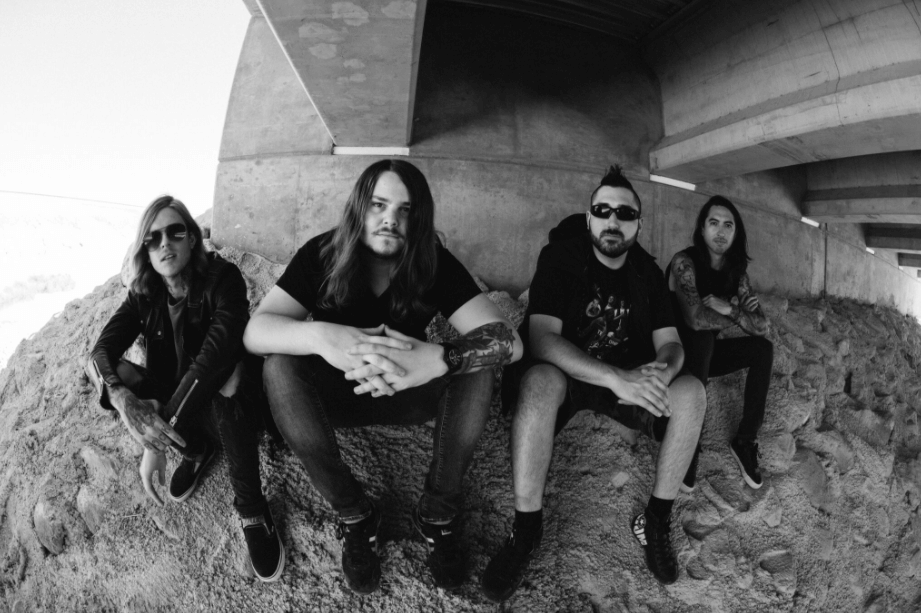 Everything has changed since 2014, hasn’t it? Nuclear War didn’t seem like an imminent threat, society hadn’t divided into an ‘us vs. them’ mentality and Of Mice & Men were taking radical steps towards becoming the most important band in contemporary metal. Four years later, their 2016 downward spiral brought on by disappointing hard rock offering ‘Cold World’ and half-full concerts came to an abrupt halt when iconic frontman Austin Carlile left the band as a result of ongoing illnesses becoming too severe for him to perform any further.

With the remaining members of OM&M continuing as a four piece with bassist and clean singer Aaron Pauley taking up frontman role, the group’s fire is reignited on their fifth album ‘Defy.’ The anthemic metallic sheen on singles ‘Unbreakable’ and ‘Back to You’ haven’t gleamed this brightly since Bullet For My Valentine’s ‘Fever’, while the groovy uproar of ‘Warzone’ and the title track is packed with a might that won the group new fans during their arena run supporting Five Finger Death Punch and In Flames.

Of Mice & Men have experienced a turbulent history in terms of the longevity of certain members, particularly when it comes to their vocalists, so it’s only fitting for the four core members to take the band’s legacy into their own hands, and ‘Defy’ is the result of four instrumentalists living under a frontman’s shadow for years truly discovering their worth. (AD)

‘Defy’ by Of Mice & Men is released on 19th January on Pure Noise Records. 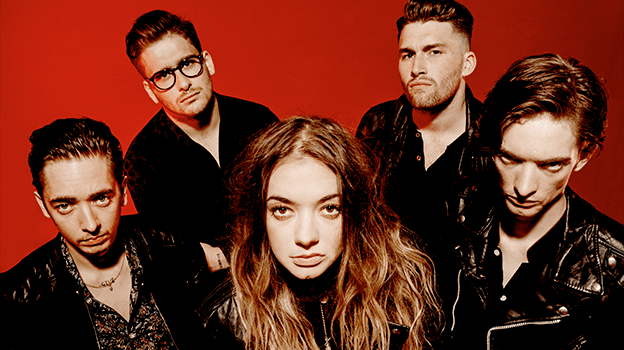 Marmozets – Knowing What You Know Now

Upon releasing their debut full-length, ‘The Weird And Wonderful Marmozets’, in 2014, Marmozets led a wave of change within the UK rock scene that has seen a plethora of innovative, dynamic bands emerge. For the Yorkshire band themselves, ‘The Weird And Wonderful…’ was on the receiving end of unprecedented acclaim both at home and abroad. While their electric live show complimented the momentum the album had given them.

However following a year of touring, climaxing on the main stage at Leeds Festival, a hometown show of sorts, the Bingley quintet stayed silent for close to 18 months. Partly due to Becca MacIntyre recovering from back-to-back knee surgeries, Marmozets linked up with producer Gil Norton (Pixies, Foo Fighters, Jimmy Eat World, Twin Atlantic) to record what would become their much anticipated second album – ‘Knowing What You Know Now’.

Although they disappeared off the radar for awhile, Marmozets didn’t waste any time reminding us what they’re about. ‘Play’ is a snarling, energetic blast of snappy, commanding rock. Simarily, ‘Habits’ captures the same adrenaline and urgency that fuelled the band’s debut and combines it with Becca MacIntyre’s charismatic and harmonious vocals. While ‘Major System Error’ demonstrates their evolving sound; edgy riffs saw provide a stiff backbone.

It all makes for one of 2018’s most anticipated returns. While expectations may be high, we have a feeling the MacIntyre and Bottomley siblings won’t disappoint us. (SR)

‘Knowing What You Know Now’ by Marmozets is released on 26th Janaury on Roadrunner Records. 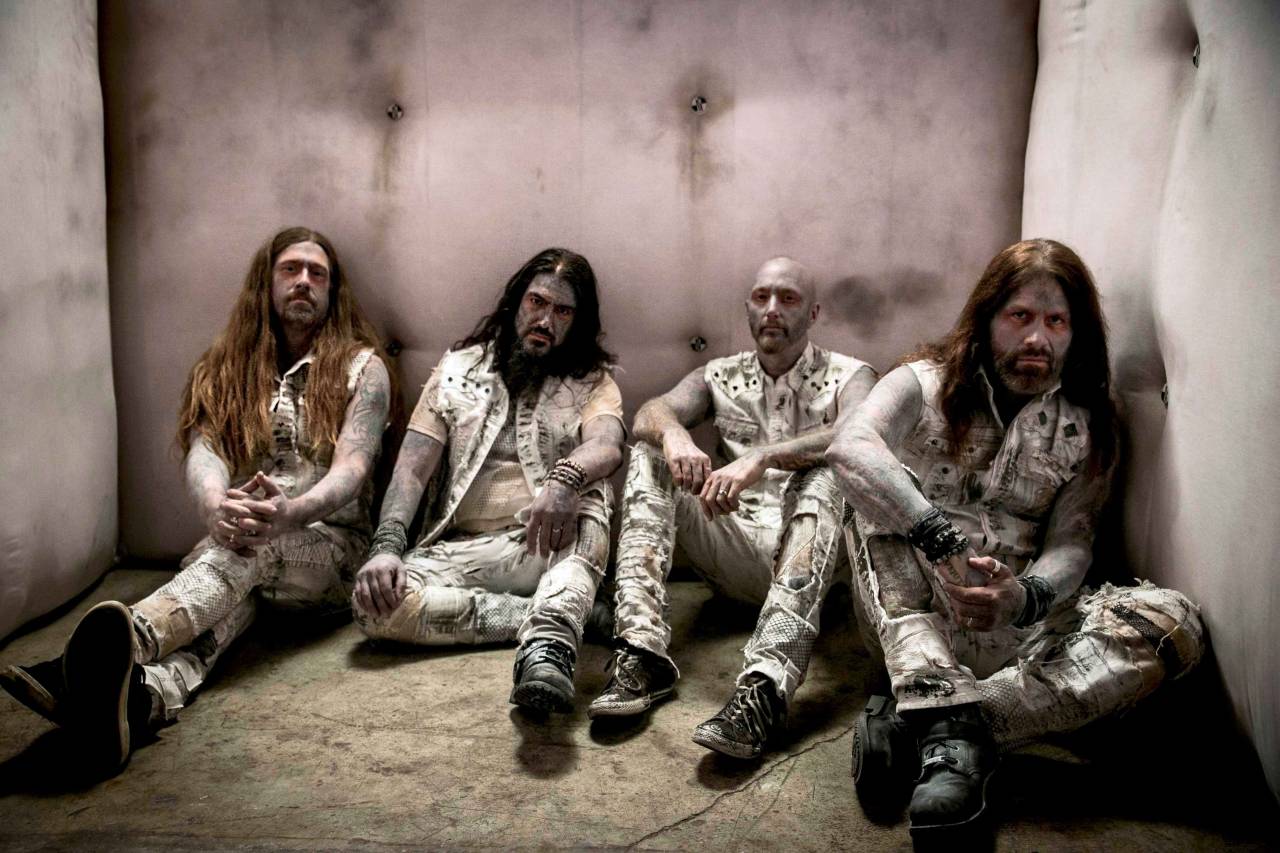 Different musical styles come and go in metal and more often than not, Machine Head tend to move with them. In many ways, this chameleon-like approach of adapting their sound has kept them cutting edge and seen them persevere to their upper echelons of the genre while their early nineties contemporaries in Fear Factory and Coal Chamber are consigned to the past.

2014’s ‘Bloodstone and Diamonds’ was the groove metal Godfather’s most ambitious record today, thanks to an incorporation of cinematic string sections emphasising the scale of their anthemic songwriting. Yet, it failed to make the ground shattering impact it’s creators intended it to have. This might explain the considerable difference in sonic delivery that punctuates ninth album ‘Catharsis’. It’s lead single ‘Beyond the Pale’ demonstrated off the bat that the brutality is back in the driver’s seat of the MH tank, with a swing bounce-along swagger that hasn’t been done with such force since 1999’s ‘The Burning Red’

Machine Head may have their share of doubters, and their commercial decline of the past few years might have caused some heads pointed firmly in their direction to turn their heads away. But this is a band that isn’t going down without a fight, and ‘Catharsis’ is an album that sees them kicking the doors down and launching straight at the jugular of listeners with a razor sharp assault of pure fucking metal. (AD)

‘Catharsis’ by Machine Head is released on 26th January on Nuclear Blast Records. 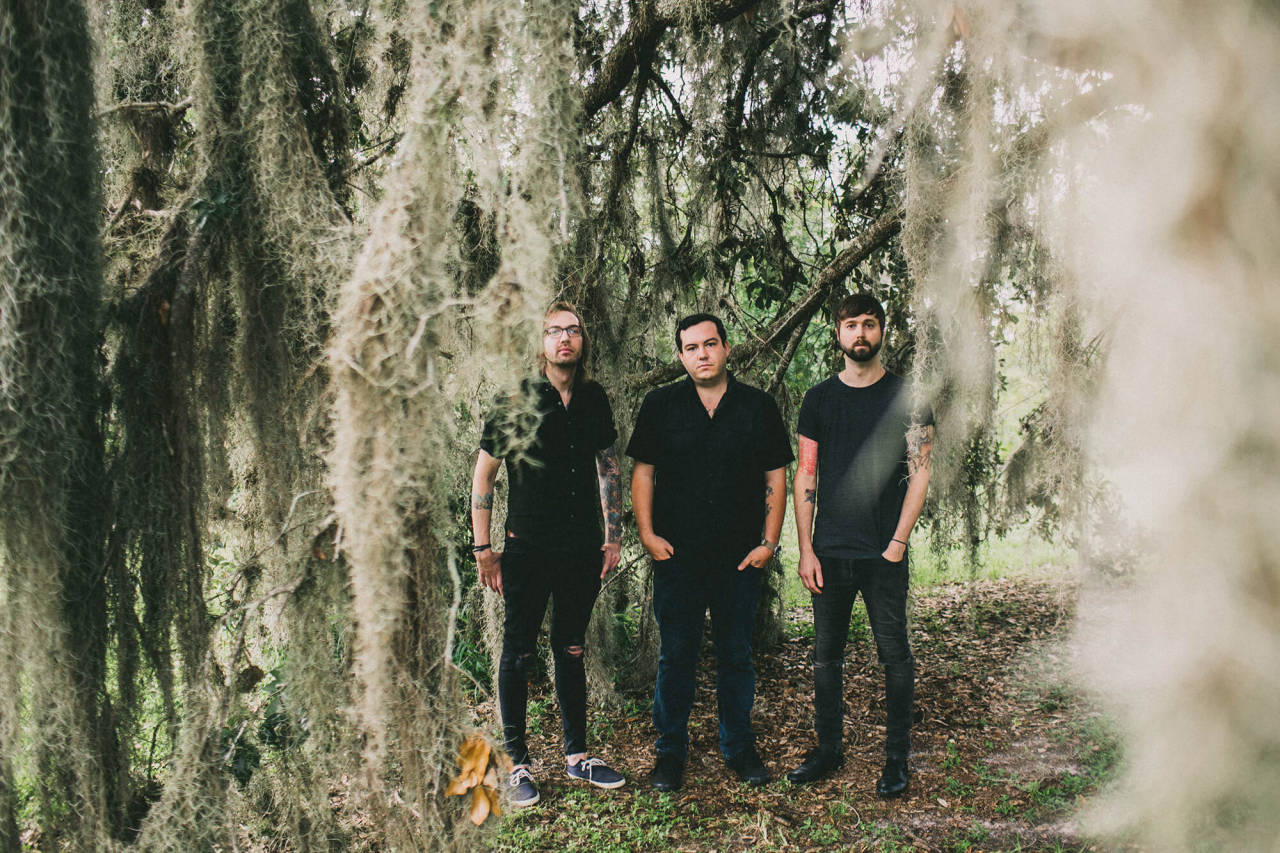 It has been over four years since The Dangerous Summer ended in a cloud of controversy. However, with troublesome former guitarist Cody Payne firmly out the picture, the remaining trio of AJ Perdomo, Matt Kennedy and Ben Cato have returned to begin a new chapter for The Dangerous Summer.

It begins on January 26th with the release of their eponymous full-length. Having spent the intervening years being a husband and father, chief songwriter AJ Perdomo has taken those experiences and combined it with the band’s heartfelt and warm emo rock.

Lead off single, ‘Fire’ arrived late last year with a comforting sense of familiarity; Perdomo’s reflective words clash with stirring instrumentation ultimately bridges the gap between the past and the present. While ‘Ghost’ shows a more stirring and impassioned side to TDS. Both songs hint at a band who are reinvigorated and appreciate their friendship. For those who adored their early work such as the increasingly influential albums, ‘Reach for the Sun’ and ‘War Paint’, the return of The Dangerous Summer is one that is welcomed with open arms. They’ll also be over in March for a run of shows. (SR)

Minnesota trio Tiny Moving Parts have spent close to ten years fine-tuning their brand of emotional math rock. This month sees them release their fourth album, ‘Swell’. Having set the benchmark with 2016’s ‘Celebrate’ and all its passionate and positivity, ‘Swell’ promises to be more considerate yet maintains the lyrical confidence.

‘Caution’ arrived at the back end of 2017 and instantly left us wanting more. With Dylan Mattheisen’s words being delivered with a bucketload of emotion and relief, dizzying guitars and an effective rhythm section courtesy of drummer Billy Chevalier and bassist Matt Chevalier, sets the bar high for ‘Swell’ has to offer.

Thankfully, ‘Applause’ and ‘Warm Hand Splash’ give the impression that ‘Swell’ has the potential to raise Tiny Moving Parts’ profile even more. The former combines twisting riffs with thorough blasts emo rock. While the latter suggests a stylistic expansion could be on the cards. More direct and pop-oriented in its delivery, it closes the album in a comforting, rich manner.

With a UK headline run pencilled in for the Spring, don’t be surprised if we’re craving for their visit by then as ‘Swell’ isn’t one to be ignored. (SR)