We’re already reaching the halfway point of the year, and even though we’re in the midst of a hectic festival season, that doesn’t mean there’s no new music to get excited about. Once again, our monthly “Incoming” feature aims to point you in the direction of a selection of releases to get excited about as much as we are.

While June does see new music coming from names such as Baroness, Motionless In White, Heart of a Coward, Plague Vendor, Bokassa and Woes, we’ve decided to highlight five releases that might get lost in the shuffle. Read on to hear more about new albums from Plague Vendor, Remo Drive and Mannequin Pussy, the final album from Cave In, the debut EP from Heavy Rapids and a reworked EP from Møl. 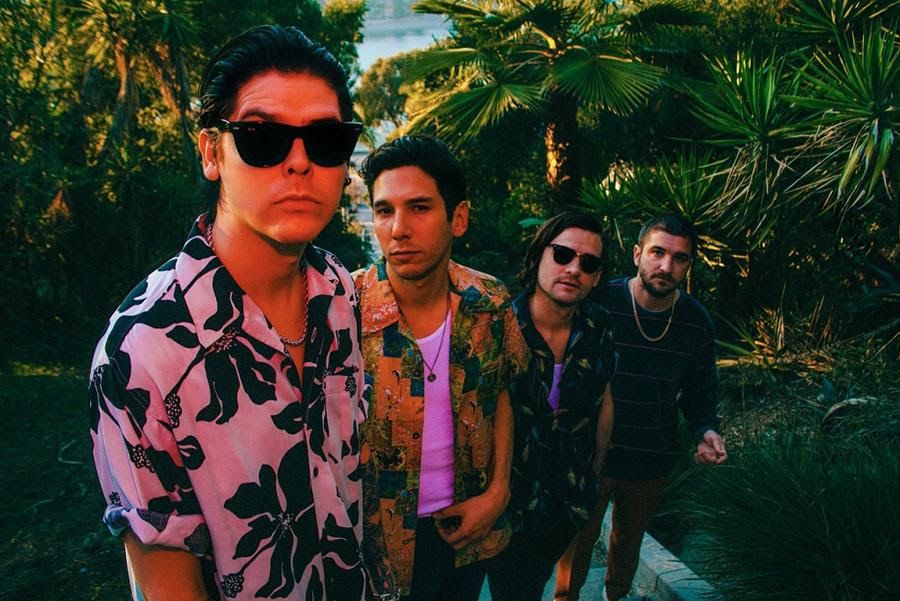 The prestigious title of “World’s Coolest Band” is hotly contested, but Plague Vendor are the dark horse who you should really put your money on. Their second full-length record, 2016’s ‘BLOODSWEAT’, showcased a unique style of alt-rock oozing with swagger and knowing confidence, and it’s impossible not to dance along to.

On their upcoming third LP, ‘By Night’, Plague Vendor seem to be amping up the atmosphere and psychedelia in their sound. Singles ‘Let Me Get High/Low’, ‘New Comedown’, and ‘All Of The Above’ maintain their signature feverish aura and greasy, oiled-up guitar lines, but also feel fuller and more all-encompassing. This sonic evolution makes perfect sense when you consider that the album is produced by John Congleton, whose back-catalogue includes names like Explosions In The Sky and Baroness.

‘By Night’ is shaping up to be Plague Vendor’s most ambitious and considered record thus far, but it’s clear that the elements which made them so enjoyable in the first place won’t be sacrificed. This is an album you don’t want to miss. (JH)

‘By Night’ by Plague Vendor is released on 7th June on Epitaph Records. 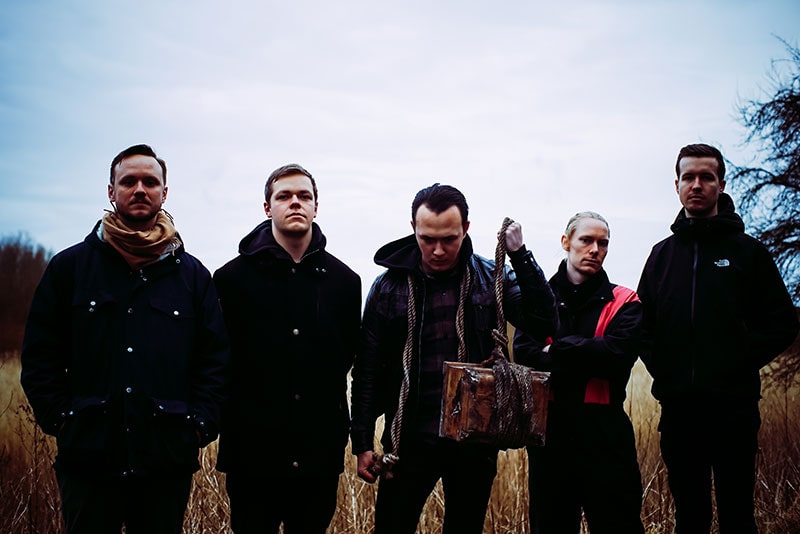 After releasing their highly acclaimed debut full-length, ‘Jord’, last year, Danish blackgaze fusion MØL are revisiting their first two EPs and combining them into one package in a new remixed and remastered offering.

So far with ‘I/II’, MØL have provided us with the re-release of ‘Airy’ and ‘Kathexis’. Upon comparison to the original tracks, these new takes are immediately even bigger, tighter and more polished demonstrations of their unique sound. Vocalist Kim Song’s signature haunting screams permeate throughout. At the same time, the band’s layered soundscape mix of black metal and shoegaze elements is atmospheric, raw and exhilarating all at once.

If the release of the flawless ‘Jord’ was your first taste of what this talented young quintet have to offer, ‘I/II’ will allow you to explore the band’s back catalogue and sample their impressive earlier work at a more masterful level. We can’t wait to see what more the future holds for MØL. (PM)

Minnesota’s Remo Drive embodies the much-loved essentials of emo-pop. Having formed in 2014, their discography thus far remains classic to the genre and prevails in creating uplifting pieces.

Looking at their upcoming LP, ‘Natural, Everyday Degradation’, the work tight and polished work of indie-rock. This sophomore album is drenched with mindfulness, where it is clear that brothers Erik and Stephen Paulson have developed Remo’s sound with relateable narratives. Although this album is far more self-reflective than previous material, riveting basslines and thrashing progressions are tick and plentiful throughout.

Produced by Joe Reinhart (Modern Baseball, Hop Along) and mixed by Peter Katis (The National, Interpol), this union of powerhouses is reflected Remo’s matured sound. This venture is an honest and powerful addition to their repertoire which is brimming with courage.

If you simply can’t wait for the physical release, pop online to get your ears around this accomplished album. (FRJ)

‘Natural, Every Day Degradation’ by Remo Drive is released on 14th July on Epitaph Records. 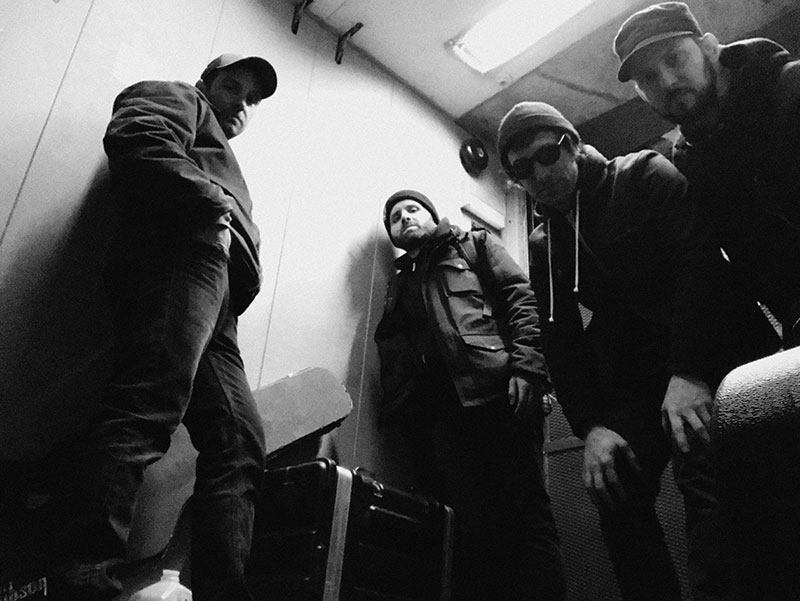 Everything had been quiet on the Cave In front since 2011’s ‘White Silence’. After starting life as a metal band they grew and flourished by way of space rock and finally found a happy medium that fused the two. Regrouping in 2018 the band started work on a new album. Tragically, the sessions were cut short when bassist Caleb Schofield was killed in a car accident. The band decided to complete and release their work. The result is ‘Final Transmission’.

It’s always hard to know what to expect from Cave In but the single ‘All Illusion’ is a delicate and laid back piece. Featuring atmospheric spacey guitars with Stephen Brodsky’s unique vocal adding a layer of melody. Both relaxed and charming, you can’t help but be struck by its beauty.

While it’s always exciting to hear what the band have been cooking up this really will be special. With this record, they’re saying goodbye to a dear friend. It’s going to be heart-wrenching and powerful no matter what form their music takes. (IK)

‘Final Transmission’ by Cave In is released on 7th June on Hydra Head Records. 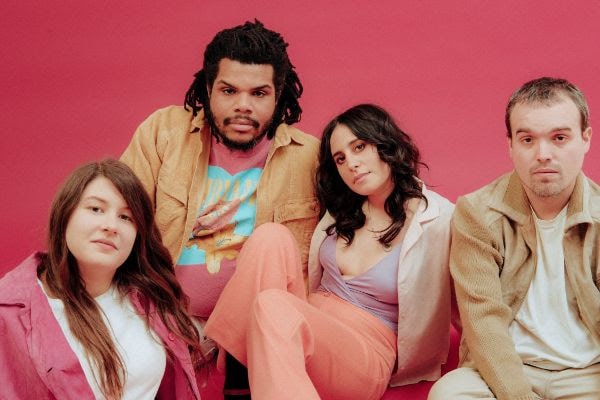 Philadelphia glitzy-rock punks Mannequin Pussy have a lot to live up to. The leading single from 2016’s album ‘Romantic’ made it onto numerous end of year lists. It’s not hard to see why. Using a mix of noisy guitars and screechy sung vocals it was strong yet strangely beautiful. New album ‘Patience’ is set to continue where they left off, but crucially it has been produced and mixed Will Yip. You might recognise his name as the man who recently re-energised bands such as Defeater and La Dispute. Adding his touch to the band’s sound can only produce good results.

So far they have teased us with the single ‘Drunk II’ and it sounds stunning. The guitars are crisp, the bass is powerful. Yet it doesn’t lose the edge of their earlier albums. Equally, the vocals have been rounded out. Marisa Dabice’s singing is melodic but retains the wicked streak you just can’t ignore. Once the guitar solo opens out you get a feel for just how good this record is going to be. (IK)

‘Patience’ by Mannequin Pussy is released on 21st June on Epitaph Records. 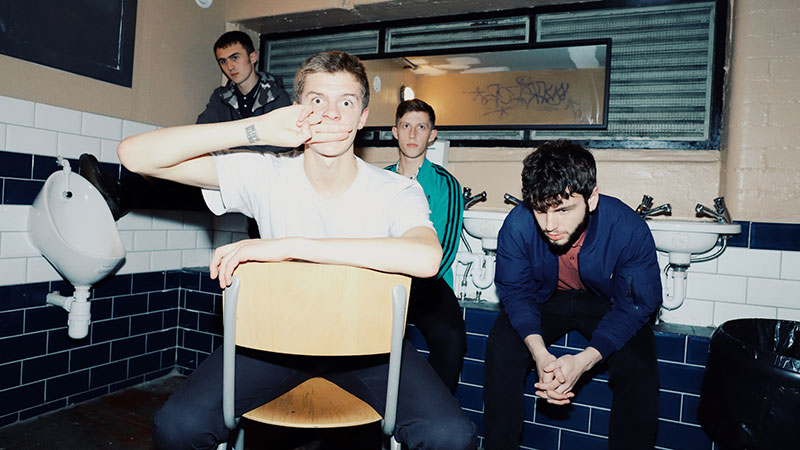 UK post-punk is undoubtedly thriving at the moment. Abrasive, loud and assertive, the pool of bands championing the sound is in abundance. An outfit who are breaking grassroots venues nationally are Heavy Rapids and the release of their debut EP ‘Cash In Hand’ is hugely awaited.

This Glaswegian quartet adheres to producing cathartic mayhem as heard in tracks ‘Going Down’ and ‘Crying Shame’, where pieces like these have labelled the band as rising stars in the circuit.

Live, Heavy Rapids are truly thrilling where they bring unparalleled energy. Having recently supported Cabbage for a few dates, you get the idea of how raucous these guys can get. This band aren’t to be slept on, as it’s almost certain you will be crossing their path in this year’s festival season.

With their first release being back in 2017, ‘Cash In Hand’ is a labour of love which is expected to propel these ferocious punks into the forefront. (FRJ)

‘Cash In Hand’ by Heavy Rapids is released on 7th June.