Every weekend Already Heard gives you a rundown of what you have missed in the music world in the past seven days. ‘In Case You Missed It’ is your go-to source to find out all the latest tour news and music and video releases.

Bad Sign will play their farewell show at Boston Music Room, London. All proceeds will be donated to MacMillan Cancer Research.

Architects have shared ‘Holy Ghost’, a documentary about the making of their new album – ‘Holy Hell’.

All That Remains have announced guitarist and founding member Oli Herbert has died.

Canterbury quintet Broken Hands have signed to Atlantic Records. Their debut LP is expected for release in 2019.

Brighton duo H_ngm_n have joined Real Ghost Records and will be releasing a new EP called ‘I Don’t Want To Go Home’ soon.

Kansas City, MO’s Radar State have signed with LA-based Wiretap Records and will release their debut LP ‘Strays’ in January 2019. The bands members is made up of Matt Pryor and Jim Suptic (The Get Up Kids), Josh Berwanger (The Anniversary/Berwanger) and Adam Phillips (The Architects/The Gadjits).

9th:
Overgrow – The House You Made EP (Common Ground Records)

21st:
Great Falls – A Sense Of Rest (Corpse Flower Records)
1. The Accelerationist
2. Not-For-Sale Bodies
3. Kettle Logic
4. We Speak In Lowercase
5. Thousands Every Hour
6. Baldessari Height
7. I Go To Glory
8. Scratched Off The Canvas 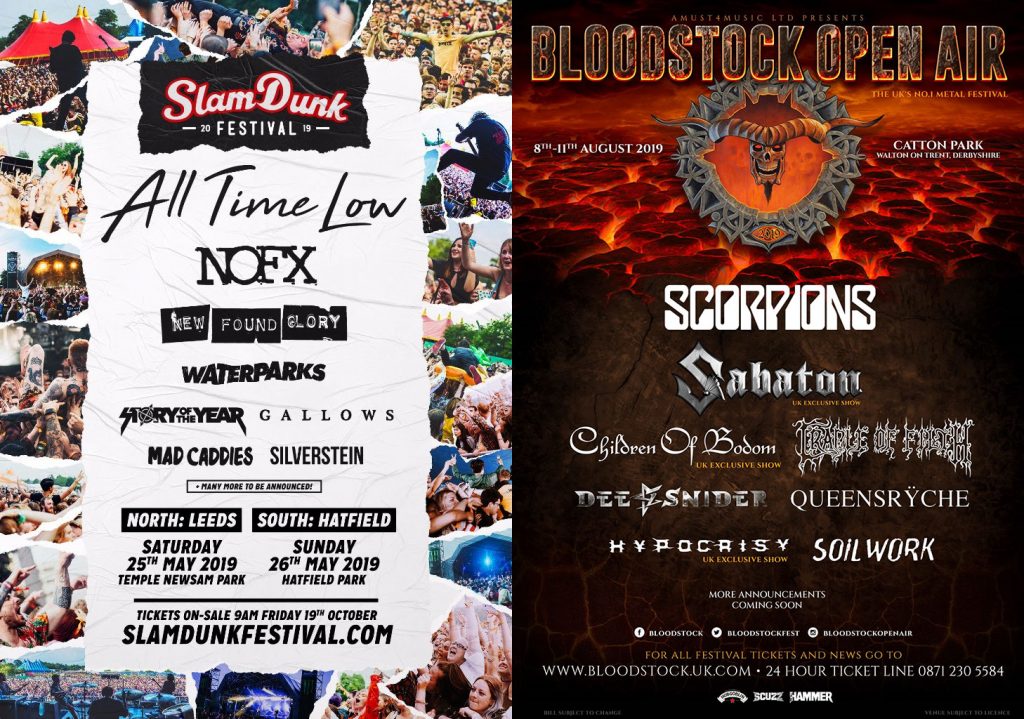 The first round of names for Slam Dunk 2019 have been announced. The “definitive alternative all-dayer” will be headlined by All Time Low and will be their only UK shows next year.

As previously announced, the festival has been reduced to just two days with the North event moving to Temple Newsam Park in Leeds. It will take place on Saturday, May 25th. While the South date will be returning to Hatfield Park on Sunday, May 26th.