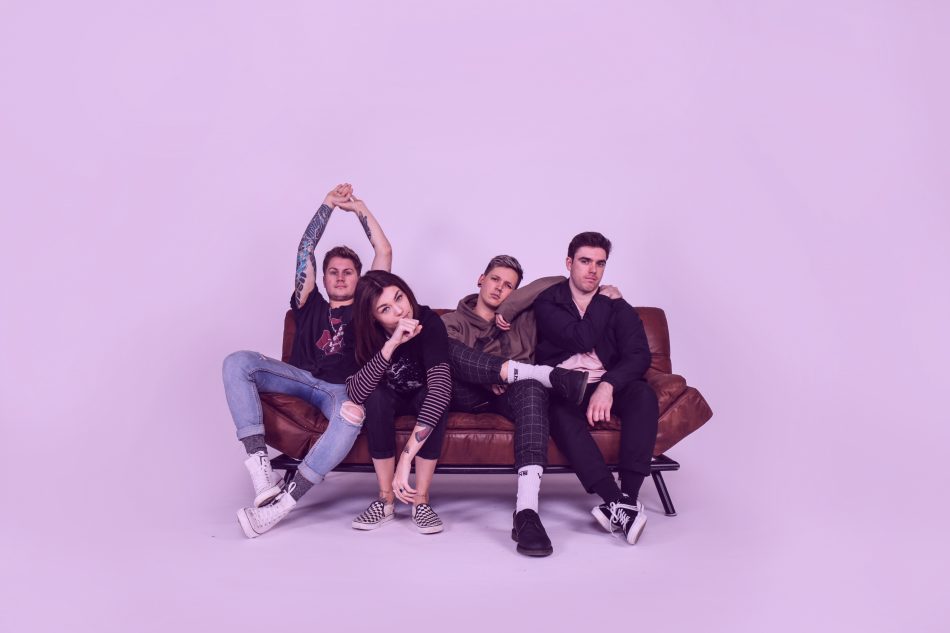 Meet Hot Milk. They’re a name you’re going to be hearing about in the coming months. Based out of Manchester, the emo powerpop group are already turning heads having already toured with the likes of You Me At Six and Deaf Havana. This week sees the quartet release their debut EP – ‘Are You Feeling Alive?’ It consists of four annoyingly catchy songs that serve as an ideal introduction to the newcomers.

Nevertheless, it’s just the start for the foursome. Led by the front duo of Jim Shaw and Han Mee, Hot Milk look to leave their mark with a plethora of festival dates this summer. The hectic period sees them dropping by Slam Dunk, The Great Escape, Download Festival and Reading and Leeds. Oh, and they’re going to be sharing the stage with the Foo Fighters in Glasgow, Belfast and Dublin in August. Not bad for a band who only played their first shows at the start of the year.

While they might be newbies to the festival scene, Hot Milk have their fair share of experience of being attendees. Like many, they’ve spent their young adult years slumming it in festival campsites through rain or shine while seeing their favourite bands.

So with the festival season fast approaching, we asked Hot Milk to give us their essential festival tips. They’ve also put together a playlist of jams they’re sure to be blasting while out on the road in the coming weeks and months.

Han: Because you don’t wanna be a smelly minger, and let’s face it you can’t be arsed showering when there’s a big line and it’s freezing. At least these give the illusion of cleanliness and make you feel a little refreshed.

Han: I know this sounds silly but for real, you’re buggered if you leave them at home and we’ve done that before and it sucks! We had to go home and get them, and it so ruined the vibe.

Jim: Once when Han was 16 at Leeds Fest and watching Blink, she fainted on the way back to the tent because she hadn’t eaten. Don’t be Han. Stick a cereal bar in your pocket, munch it and survive.

Power Pack for Your Phone

Unfortunately, if you have no battery, it might be game over for finding your mates and taking some quick piccies. Ideally, you’ll be spending more time in the real world than in instaland, but take some extra VOLTAGE just in case you need it.

Jim: If you’re at a UK festival, things are gonna get a bit rowdy at some point, so you gotta make sure you’re ready to go with the flow and be tolerant. You’re there to make memories and have a good time, just let loose a little and let things wash over you. It’s important.

Han: If you can take your own bevs (even if you can’t, sneak them in). Let’s be real, the prices inside sometimes are ridiculous, so nip down to Sainos (Sainsbury’s) and get your dark fruits cheap! 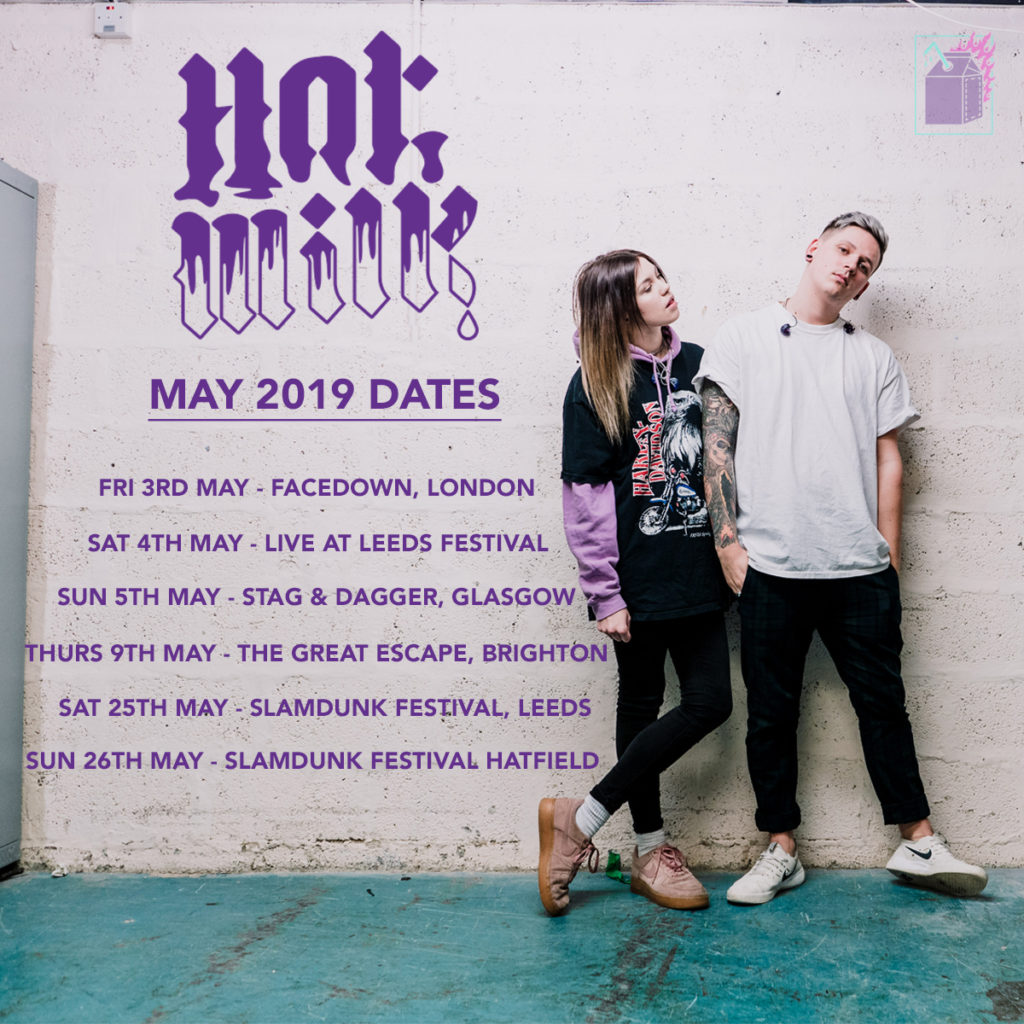 ‘Are You Feeling Alive?’ EP by Hot Milk is released on 3rd May.