HIM, Comeback Kid, and More Added to Sonisphere 2014

The latest additions for this years Sonisphere Festival has been announced. The news sees the likes of HIM, Comeback Kid, Straight Lines, Zico Chain, Sweet Savage and Eureka Machines.

In other news, Anthrax will be playing an extra set on the Bohemia stage where they will be performing ‘Among The Living’ in full. 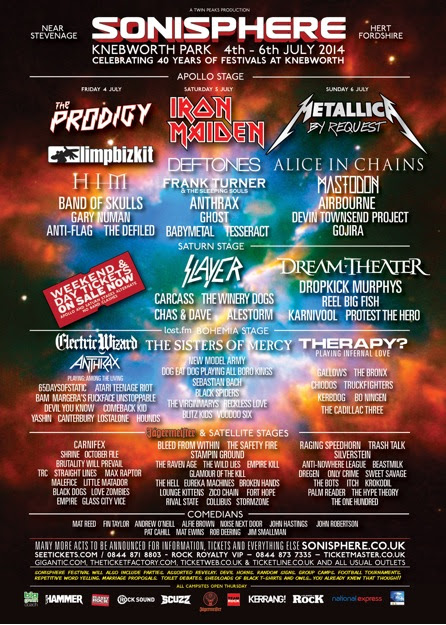