The local supports for the forthcoming Jägermeister Music UK Tour headlined by Ghost have been announced, with the likes of Heights, Devil Sold His Soul, Hawk Eyes, and Feed The Rhino being announced as support on select dates.

Dead Till Friday and Revoker will also be supporting on certain dates.

Gojira and The Defiled will be supporting on all dates.

Each show will cost £5.00 per person – thanks to Jägermeister subsidising admission. 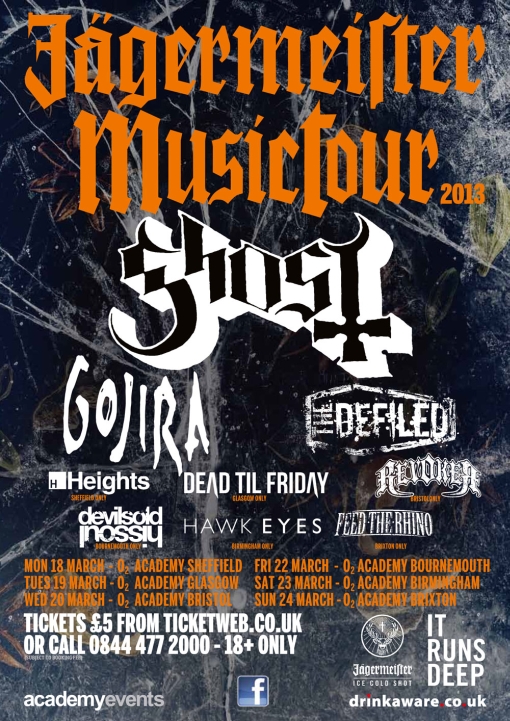