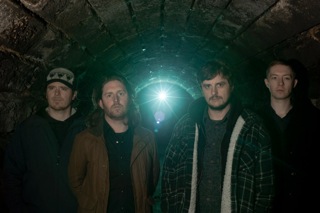 Hawk Eyes will be making their return in February 2015 with the release of their new album – ‘Everything is Fine’. The record will be released on February 9th and will be followed by a UK headline tour.

As a preview of what to expect from ‘Everything is Fine’, you can take a listen to ‘Die Trying’ after the jump below.