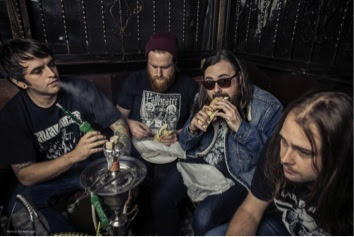 Hang The Bastard have revealed details of their new album, which will be released through Siege Of Amida/Century Media on September 22nd.

The album is titled ‘Sex In The Seventh Circle’ and was produced by Steve Sears at Titan Studios in London (Gallows, Spycatcher).