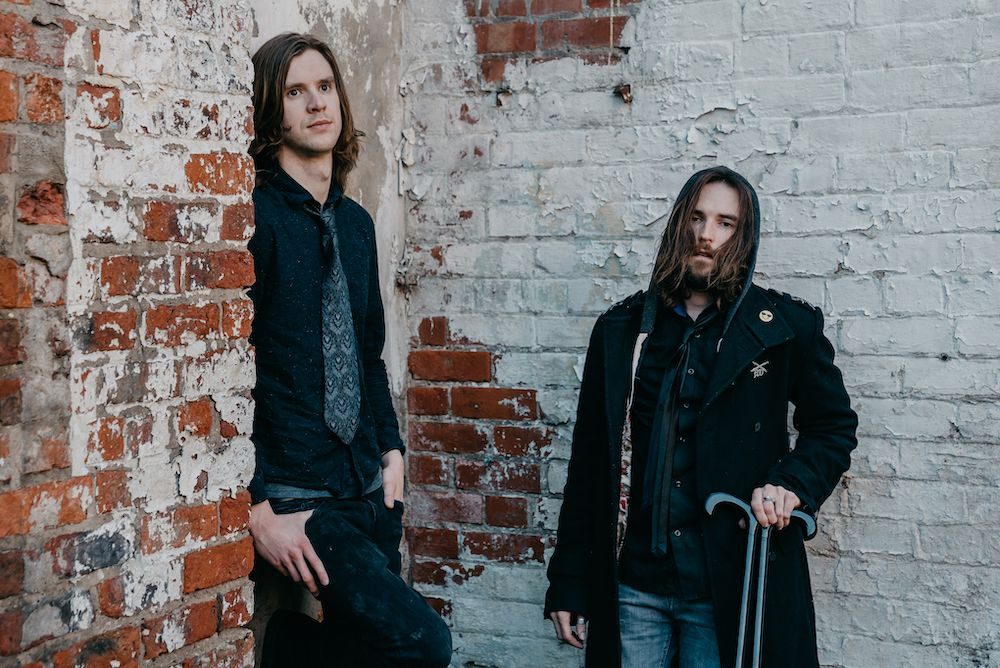 This past Spring, results of a survey of 100 deaf and disabled musicians across the UK were revealed. Some of the notable outcomes of the survey showed that 70% of the people surveyed kept their disability hidden in case it hindered relationships within the industry. It also recognised inadequate facilities were commonplace at venues throughout the UK.

Amongst the thousands of disabled musicians facing challenges is Hull native Dom Smith. Born with Cerebral Palsy, an undeterred Smith has put his interest and passion for music into various ventures. Along with drumming for two bands, Parasitic Twins and Mary & The Ram, he maintains Soundsphere – an alternative music and culture magazine in the North of England. More recently, he launched Wobbling About And Rocking Out (WARO). The aim of the platform is to give those with disabilities and mental health issues opportunities, offer support, share advice and inspirational stories.

Dom’s work within the music scene is a testament to his confidence and willingness not to let his disability to drag him down. It’s clear he’s a very active member of the community, so we thought we’d allow him to tell us more about the various projects he is involved in.

Firstly, it’s cool to have the opportunity to talk about my work on Already Heard. I appreciate the platform, and AH have supported The Parasitic Twins in the past, as well as some of my other projects, so this is really cool! Cheers!

We’ll start with Wobbling About and Rocking Out, so named because someone once said (because I walk with two sticks, have a characteristic wobble, and I work a lot at rock shows) that I was always “wobbling about and rocking out”…

So, it all started in the ridiculously cold and snowy Boston, Massachusetts working for Massachusetts Institute of Technology (MIT) as Storyteller in Residence (thanks to London-based incubation space, The Rattle) last year, and the idea to build a platform (taking inspiration from my own music magazine, Soundsphere) that championed mental health and disability awareness in the music industry, as well as locally (and regionally) in Yorkshire, came to me. This was after being challenged (in a very positive way) by all these exceptionally talented young scientists building the next generation of robotic limbs that I was talking to, with an aim to tell their stories.

All told, this was an intense experience. I was pushed to do better while I was over there, and I’m proud of the results. When I came home, moved back to Hull (with the goal to try and do some really cool shit) and collaborated with local creatives and designers to build something really decent. Its aim is to provide a showcase of talented, and passionate people working within creative industries who have disabilities, and/or mental health awareness. Myself having Cerebral Palsy doesn’t really come into it – maybe on a subconscious level? For me, with WARO, I saw an opportunity to work with some cool people, to build something that has a lot of potential to be useful to others, as a form of motivation, maybe?

With Soundsphere, that’s about alternative music, arts and culture for the North of England and worldwide. Originally, it was an excuse to go to parties and hang out with “rock stars”, but it’s become about loads more over the last few years.

Now, because we get to interview amazing (new and established) artists, as well as travel around the country (and sometimes other parts of the world), I want to give other people – particularly young people who have never had the opportunity to do the things I have, or the support I have – the chance to do good things wherever possible, and travel about interviewing bands and honing their skills, all under the Soundsphere banner.

We want to support and nurture creativity in the North of England, basically. I mean, there are loads of exceptional blogs and platforms out there (including this one), and Soundsphere really has opened up a lot of doors for me, and I am so…so very grateful for all the support I/we have received over the years. I am a lucky dude, for sure.

Outside of those projects, I have The Parasitic Twins with my musical brother (and riff typhoon) Max Watt. We are looking forward to doing some more touring around the grindcore, doom and sludge metal circuits towards the end of this year. We’re really happy with the new ‘Parasitic Rejects’ split we’ve just done with The Carnival Rejects, and we have another project in the works with this awesome Reading-based industrial noise project, Victim Unit!

Right now though – we need to get in the studio and write some more new stuff, and rehearse a bit! I’m also currently experimenting with an old school synth, and drum machine, because I want to do more of my electronic soundtrack stuff (as Dom Sith) as that’s way, exceeded my expectations as I’m still developing in that style. Then, myself and my Mary and The Ram bandmate, Kiran (Tanna) will be going back into the studio to put some live drums on to our new Depeche Mode-meets-Nick Cave single thing, and we are very excited about that! Watch this space!

I’m also trying to grow the audience of my wrestling podcast, Gimme a Hull Yeah! So, check that out if you like that sort of thing! Haha! Maybe I’ll try and get some sleep now too…