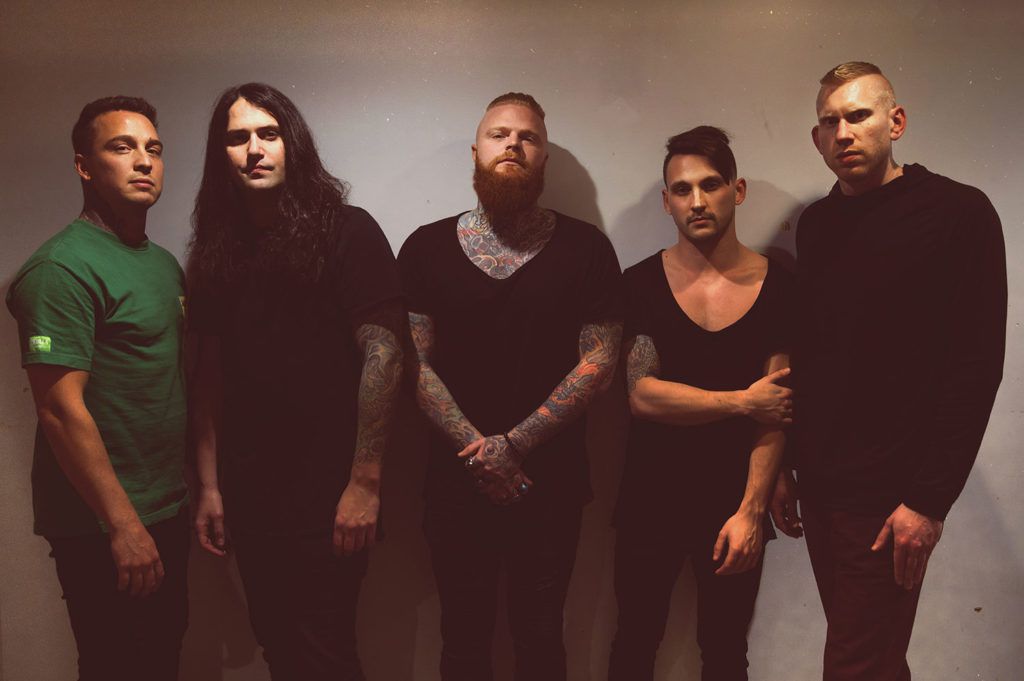 Since emerging out of Chicago in 2007, Born of Osiris have constantly delivered a brand of frantic metalcore with technical and progressive elements littered throughout. Evolving with each record, their latest offering, ‘The Simulation’, is considerably their most focused to date. With a barrage of brutal riffs and synth-laden passages being a familiar trait of BoO, songs such as ‘One Without The Other’, ‘Under The Gun’ and ‘Analogs In Our Cells’ effectively execute impressive soundscapes. As a whole, ‘The Simulation’ is wrapped in a futuristic skin that complements its lyrical core.

The album sees Born of Osiris assess the relationship between humanity and the growing dependence of technology especially artificial intelligence. We asked guitarist Lee McKinney to expand on this as he discusses the idea of artificial reality, the impact of technological advances and how Sci-Fi classic, The Matrix, was ahead of its time.

The Simulation Hypothesis, artificial intelligence, and technological singularity have all been intriguing concepts to myself and my band mates in Born of Osiris for most of our lives. All of these topics started as an idea. Yet, in 2019, most of it (some believe all of it) has become a reality. Our obsession with technological growth gave birth to artificial intelligence (AI). AI is evolving at a much faster rate than we are as the human race. This brings us to the technological singularity – the idea that the invention of artificial intelligence will abruptly trigger runaway technological growth, resulting in unfathomable changes to human civilization. This would be the moment that humans are no longer in control. This leads you to the Simulation Hypothesis – the idea that all of reality, including the earth and the universe, is, in fact, an artificial simulation, most likely a computer simulation. Some versions rely on the development of a simulated reality, a proposed technology that would seem realistic enough to convince its inhabitants the simulation was real. These thoughts and topics are sprinkled over our entire discography. It isn’t until now, 2019, that Born of Osiris decided to focus a record on these ideas… but let’s rewind 20 years.

In 1999, a movie called The Matrix was released. It depicts a dystopian future in which the reality as perceived by most humans is actually a simulated reality called “the Matrix.” It is created by sentient machines to subdue the human population. Their bodies’ heat and electrical activity are used as an energy source. As much as I loved The Matrix when I first saw it, I distinctly remember thinking it got better every time I watched it. In the beginning, I blamed that on me being young and having a bad attention span. Recently, I’ve started to think that the movie is just becoming more fit for the times. The movie gets older, but the idea that it brings to the table becomes more and more real. Over time, it’s starting to feel like a turning of the century cry for help more than a futuristic sci-fi movie.

As you can see, there are layers and levels to this. We may be further along than you think, though. Let’s look at our current symbiotic AI relationship. As Elon Musk pointed out in 2018, our phones are already an extension of our bodies. He claims that we can already consider ourselves “cyborgs.” While our phones aren’t (yet) physically attached to us, almost everyone from the younger generations still chooses to not separate with them. This may sound like an insult to millennial and post-millennials, but let us take a look at the more uncommon side of that coin. Think about how much smarter you are with your phone in hand, as opposed to without. This cybernetic “extension” of your body allows you to answer any question almost instantly. You can calculate anything. Where your mind would forget, your phone can store memory forever. In the Matrix, you sit in a chair before a TV screen and download applicable information like kung fu, world history, and mathematics at high speeds. This was fascinating to watch 20 years ago. Now, it all seems attainable.

With all of our current knowledge and assumed trajectory, some expert scientists and theorists look at this all as a means to the end of the world as we know it. On the other hand, some think all of our advancing technology is only positive. They believe all advances will help humanity one way or another. I like to think that this will all fall somewhere in the middle. The best advice I’ve heard is to find a way that we can regulate our world’s technological progression. Similar to how major worldwide companies agree to only “pollute” the air to a certain degree with their factories, we need a way that the entire world can agree on not letting our technological ambitions get out of hand. Otherwise, it will become an arms race… all the power will be in the hands of whoever truly masters these concepts first.

‘The Simulation’ by Born of Osiris is out now on Sumerian Records.

Read our review of ‘The Simulation’ here.