The latest round of additions for this years Reading and Leeds Festival has been announced and sees Green Day being announced as the third and final main stage headliner. They will joined previously announced headliners Eminem and Biffy Clyro.

Other names announced for the festival today are Baauer, The Blackout, Iggy Azalea, Mallory Knox, The Strypes, Swim Deep, Temples, The 1975, Theme Park, Tribes, Tomahawk, While She Sleeps, and Willy Moon. 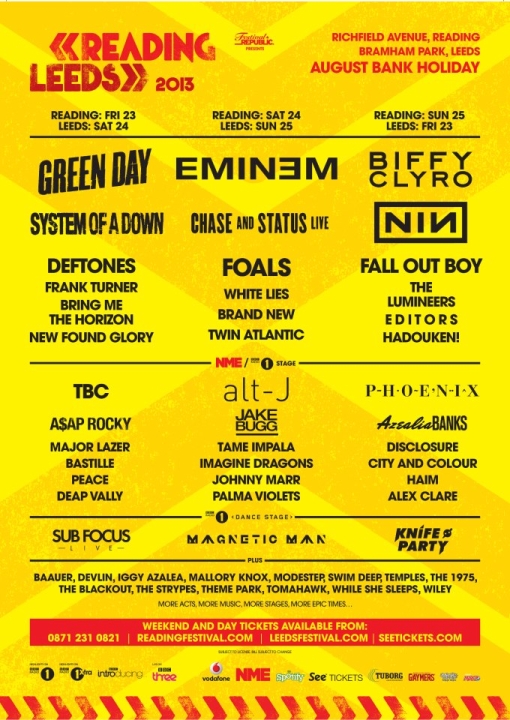