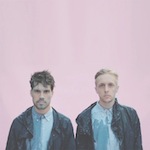 Late last year Futures called it quits after 5 years together, now Ant West and Casey Roarty from the band have formed a new alt-pop band called We The Wild.

Their second single, ‘Body Electric (Blue)’ has just been released and the video can be viewed by clicking read more.