For this edition of “Fives” we thought we’d do the ideal thing and follow up the previous instalment of “Fives”. In case you missed it, last time round we highlighted our favourite five Emo albums from 1990’s. This time we’re bringing you up to date with our pick of five recent bands that have been part of the ongoing “Emo revival” over the last few years.

Why is it a revival I hear you ask? Well after the “emo” name was tarnished by some areas of the media in the mid to late 2000’s, there has been several labels and bands that have more or less made it their goal to give the “emo” genre credibility once again.

Although there are plenty of bands to choose from, we’ve picked out or favourite five. 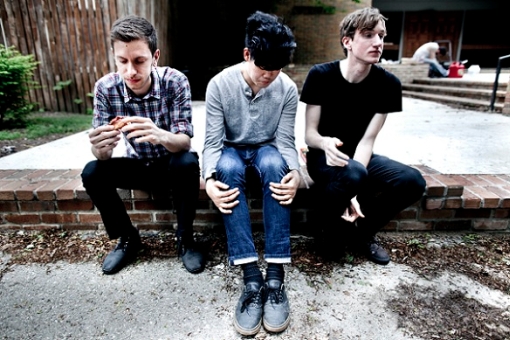 Brave Bird
Brave Bird are an emo/indie band from Ann Arbor, currently on Count Your Lucky Stars. Their EP ‘Ready or Not’was an absolute breath of fresh air. Now, that’s not to say countless bands aren’t doing and attempting the same kind of sound, but Brave Bird manage to create something unique in their attempts.

They are known for their youthful tentativeness and shimmering guitar work and Chris, Mike, and Mark have taken the elements of bands like Cap’N Jazz, Brand New, Park Jefferson and Midwest Pen Pals and created a beautiful record. They do have a new record coming out called ‘Maybe You, No One Else Worth It’ but there have been several delays on it’s release, so all I can say is keep an ear to the ground for that, and in the meantime download ‘Ready Or Not’ for free from their Bandcamp. (RK) 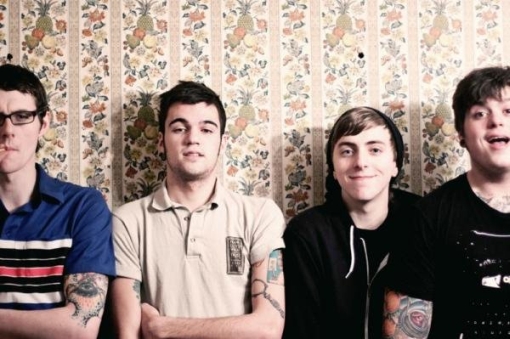 Grown Ups
Perhaps not the most obvious choice as “pioneers” (if you will) of the recent emo revival, partly because Songs and More Songs found, and perfected, a sound that encompassed punk, emo and even shades of hardcore in one charming concoction. However, it might also be partly due to a perceived need, from snobbier genre-enthusiasts than us at Already Heard, for a punkier edge to the newly re-emerging ‘emo’ label: one that would writhe away and cast as heresy Grown Ups’ poppier perspective.

Their aptly-named EP ‘Songs’ was a foursome of energetic swiftness that builds itself on both the twiddly terrain of emo, as well as the more straight-forward Promise Ring-esque aspect of the genre. Doyle Martin’s emphatic shouts primarily convey a lack of seriousness the band appear to commit to their sound, yet that distinctive nonchalance is at times united with an infectious sense of fun that refuses to grate with artifice. ‘More Songs,’ though sometimes considered a lesser offering for its polish (as light as it might be), is a strong collection of pure hook-filled goodness, confidently delivered with the distinctive intelligence they constantly tried their best to hide. They are still sorely missed. R.I.P Grown Ups. (JBL) Joie De Vivre
Joie De Vivre formed in 2007 in Rockford Illinois and began to make a name for themselves with their blend of emotional indie rock, evoking fond memories of all those great midwestern bands from the 90’s. On the band’s first record ‘The North End’ we get eleven tracks of trumpet laden,self loathing. It features the brilliant ‘Sundays’ and my personal favourite track ‘We’re Equals’. The way the band fuse great melodies with relatable lyrics is what makes them so enjoyable for me.

Sadly, in early 2011 the band broke up. However by the end of that year, they had got back together,announced a European Tour and a new record for 2012.

‘We’re All Better Than This’ was one of the most underated records of 2012. From the opening lyric of ‘At Least I Tried’; “We all die, alone, so why care so much about, living with someone else”. Throughout the rest of the record we get tracks that echo many peoples feelings in their mid-20’s, when we realise that maybe things haven’t worked out the way we wanted them to. That may make the band seem depressing but theres something refreshing about Joie De Vivre’s honesty. (RC) Manbearpig
Manbearpig were an emo / punk band from Norwich, active between 2010 and 2012. Despite only having two releases (the ‘Ruined Emo’ EP and the ‘Far Away Friends’ split with Cavalcades, Nai Harvest and For This World Is Hollow And These Hands Have Touched The Sky) they made quite an impact on the southern scene. Whilst their contemporaries were enjoying the twinkly midwest emo revival (think Nai Harvest, Snowing) Manbearpig bought the best parts of Embrace and Rites Of Spring into the 21st century with a modern flourish.

It may not have been as technical as the midwestern revival but it was merged pure emotion and modern punk into something both comfortingly familiar and enjoyably fresh. It’s a shame as a tour or two with some of the more suitable WAVE bands (Touché Amoré and Pianos Become The Teeth, I’m looking at you) could have seen them come to the attention of a whole new audience, an audience embracing the rougher edge of emo and modern punk. Manbearpig, you did not ruin emo – far from it. (RH) Nai Harvest
When you think of the emo genre, you think of Midwest America not the industrial city of Sheffield but that’s where Nai Harvest hail from. Over the last twelve months Ben and Lew have quietly building a following with their début 7" ’Feeling Better.’

Consisting of four songs of raw, twinkly, jangly emo, it shows the bands influences are firmly from a wealth of 90’s emo bands. Yet the title track from their forthcoming full-length, ‘Whatever’ shows signs of depth, hinting at a more edgier sound.

Not only are Nai Harvest flying the flag for British emo (if there’s such a thing) but their style and passion clearly shows they are willing to continue supporting “traditional” emo. (SR)