Fives: The Attack’s Top 5 Bands to Watch at Rebellion Festival 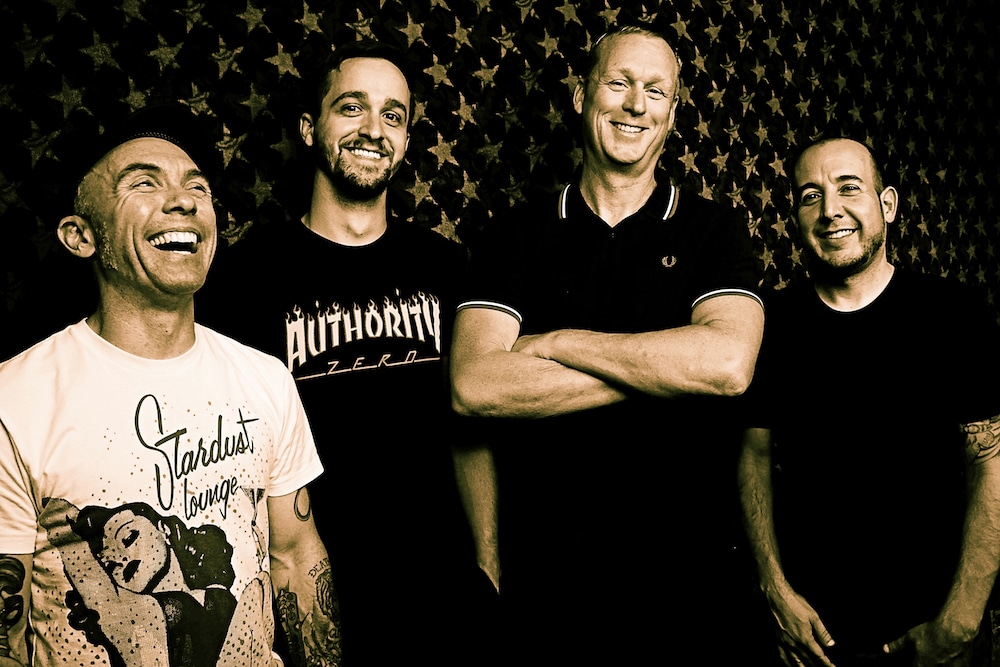 Although this UK heatwave is seemingly never going to end, it’s a good job we have the ongoing festival season to serve as the soundtrack for this glorious weather. Next month kicks off with annual punk rock gathering known as the Rebellion Festival. Taking place at Blackpool’s Winter Gardens across four days, it will be host to a tonne of punk bands from around the world.

From legendary names such as Buzzcocks and Stiff Little Fingers to influential bands such as Lagwagon, The Wildhearts, The Exploited, Mad Caddies and beyond, Rebellion is stacked with notable names. And that’s before the mention the likes of The Menzingers, Petrol Girls, Idles, or Bad Cop / Bad Cop. In short, Rebellion has a lot to offer across it seven stages!

Amongst the hundreds of bands playing across the weekend are The Attack from Florida. With a through and through independent DIY approach, the quartet’s brand of punk rock takes it firmly back to its roots; short, fast songs with a direct social-political narration. Take their latest single, ‘Bad Guy,’ for example. Taking a satirical approach, it sees The Attack ridicule how rubbish some peoples excuses can be.

“The idea came to me after hearing people not taking accountability for their own actions,” explains vocalist Charlie Bender. “Constantly blaming someone else. I had an encounter at work one day that sparked the “Bad Guy.” I knew I wanted the song to have satire to show how ridiculous some excuses are that people have. Owning up to their wrongdoing would be a start and consciously making an effort to not put other people in shitty situations would be great.”

As they prepare to kick off a UK tour alongside legendary punk rockers The Queers this week, culminating at the Rebellion Festival, we asked The Attack to tell us about five must-see bands in Blackpool next month.

We’ve never caught the live set but we already know all the songs. Back in 2001, Charlie and Mikey (Cortes – bass) toured on The Spirits of the Streets tour in their old band with The Business. Micky and Co played Splodge every night on the bus!!! “Two pints of lager and a packet of crisps please”. We can’t wait!

Jason (Dodaro – drums) has been a fan for quite some time and never thought he would get to see them, as they are from Sweden and don’t typically make it to Florida. Catching bands from all over the world is one of the best things about a festival like Rebellion and The Bones are one of the bands we have to catch.

We have played with The Vandals on three huge festivals, once in California, once in Arizona and most recently at sea in The Bahamas on the Flogging Molly Salty Dog Cruise. The Vandals are always great, however, every time we play with them we are busy getting ready for our own set or dealing with some merch/gear/set time crisis of our own. We know it’s gonna be different at Rebellion since we don’t even play the same day. We will all be down in front for their set.

Our Rebellion gig will mark the last of a run of UK dates with The Queers (Bristol, Northwich, and London). We’ve loved these guys forever! Their drummer, Alex (Martin) played in another band we used to tour with, so it’s always great to be on the road with old friends when we’re so far from home. It’s part of what makes travel and touring great. We seriously have fingers crossed they play ‘See Ya Later Fuck Face’, if they do look for us in the front row.

We have a split EP coming out on Violated Records with No Thrills, Rebellion weekend. Pez and the rest of his band have been so welcoming and friendly to us while getting this EP together. Proving punk can still bring people together from half way around the world. We believe in No Thrills and their ‘Punk Rock ’til I Die’ message. See ya in the pit!

The Attack will be touring the UK on the following dates:

‘Split’ by The Attack / No Thrills is released on 3rd August on Violated Records.