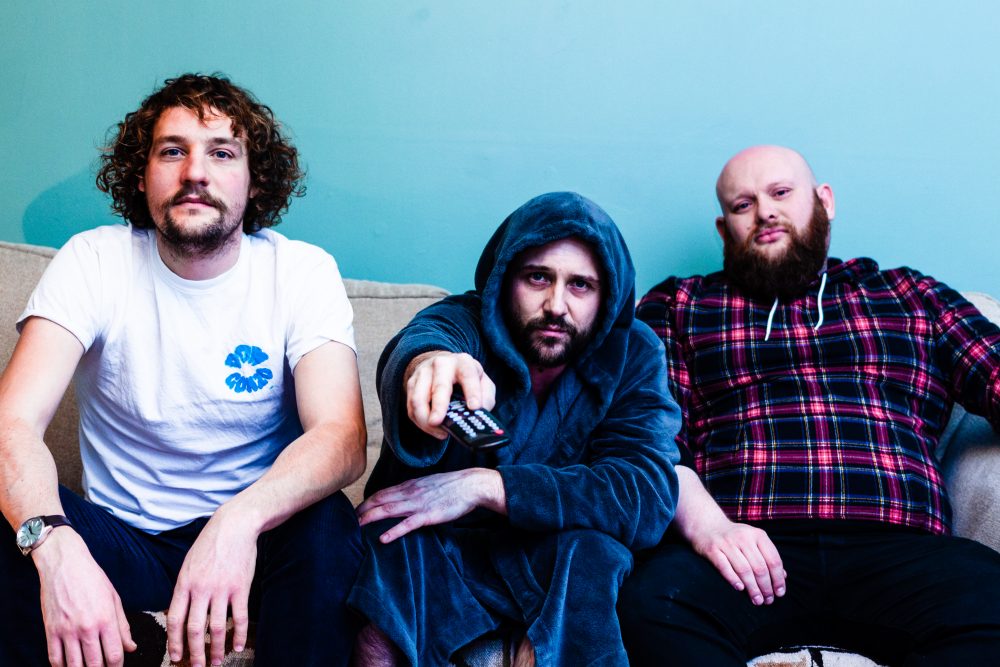 When you think of music from Yorkshire, you’re more than likely to think of the countless amount of bands who call Leeds their hometown or those who have emerged from the Steel City of Sheffield. Nevertheless, neighbouring town Huddersfield shouldn’t be ignored on the UK’s musical map. After all, the Sex Pistols played their final UK shows there on Christmas Day in 1977.

Although the area doesn’t have the same acclaim as it’s more notable neighbours, Huddersfield is seemingly a musical community on the up. For starters, it is home to garage-rock trio Knuckle. Having played hundreds of shows throughout the UK and Europe, the three-piece are releasing their debut album, ‘Life Is Hard When You’re Soft Inside’, later this month (Friday, May 17th). It’s a collection of blues-infused rock with thoughtful writing from frontman Jonny Firth. From discussing the stigma attached to drug addiction to growing up Northern mining town diagnosed with bi-polar, to the seething anti-Brexit anthem that is ‘Spilt Milk’, it’s an album that takes various lyrical twists and turns, coinciding with the tongue-in-cheek wordplay of Firth.

With a fuzz-laden set of songs ready to go, Knuckle was keen to put the spotlight on their hometown by telling us about five local acts you should be checking out.

Lovely lads with a sound like a breezy acid trip. Like tripping balls at Sunday lunch at your Mums. Check out ‘Worship the Breeze’ for stunning retro guitar tones and a killer chorus. Also, Who’s Don?

Young lads that we’ve known for a long time. They live in a massive old church that they let us use as a practice space, legends! With songs like ‘Shower Beer’ and ‘Transport in Austere Locations’ that mix jazz, punk, spoken word and loads of other stuff, they’re going far! Also, they make great brews!

Just look at that luscious ginger moustache! Progressive Folk master. Plays solo, with five-piece band, electronically and as a loop station. Check out ‘Completely Normal Things’ for an odd time signature adventure, written in a dream. Also, does a stunning job of running Northern Quarter, Huddersfield’s most eclectic venue and doesn’t believe in Maths.

Fresh from the release of their 41st album last year… They’re a duo, four-piece or 30 piece orchestra, playing contemporary, mad, beautiful pop. Their best track by a mile is ‘You’re and Idiot’, although we have no idea which album it’s on. Also, their trumpet player/part-time drummer threw up in the back of the Knuckle van at our 3rd ever gig.

‘Life Is Hard When You’re Soft Inside’ by Knuckle is released on 17th May on Philophobia Music. (pre-order)