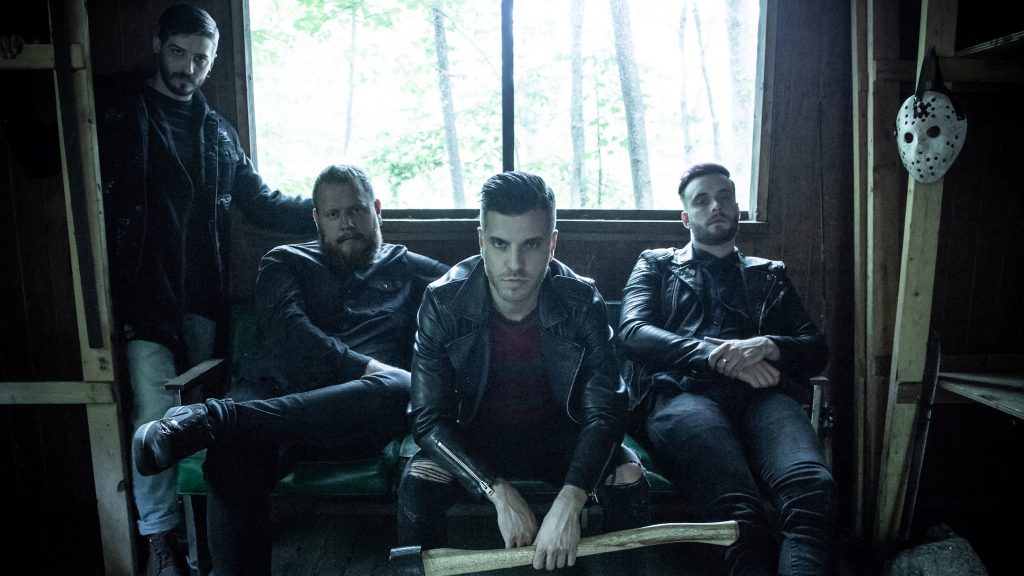 Boston, Massachusetts group Ice Nine Kills have a track record of weaving theatrical elements into their brand of metalcore. 2015’s full-length, ‘Every Trick in the Book’, was influenced by classic literary work such as ‘Dracula’ and ‘Romeo & Juliet’. Earlier this month, the quartet returned with ‘The Silver Scream’ which you may have guessed sees INK pay tribute to cinema’s horror classics.

Throughout, songs such as ‘The Jig Is Up’, ‘Thank God It’s Friday’ and ‘Enjoy Your Slay’ capture the widescreen intensity of iconic films ‘Saw’, ‘Friday the 13th’ and ‘The Shining’ with attacking guitars, dramatic orchestration, pulsating melodies and fierce rhythms. Ultimately, INK use the cinematic source material to retell 13 scary stories with explosive execution.

With Halloween fast approaching, we thought it’d be a good time to speak to Ice Nine Kills vocalist Spencer Charnas as he picks out his five favourite horror films.

This was the first horror movie I saw in theatres and it’s what really inspired me to live and breathe the genre. The references to the other slasher films of the time were very exciting and it has one of the best twist endings ever.

I really love the combination of humour and horror. The fact that it could be somewhat funny while still being brutal and disturbing is really awesome.

The story of Jason Voorhees, his mother, and those doomed camp counsellors is iconic. We created our own take on important character dialogue from the movie and a campfire sing-along that turns from rapidly from a “kumbaya” vibe to a machete slicing breakdown.

This was the movie that really got me into the horror genre. There have been so many slasher imitators of Halloween, but almost none have ever come close to matching the sheer terror of Michael Myers and that expressionless white mask.

Tobe Hooper’s brutal 1974 cult film, The Texas Chainsaw Massacre is such a classic; we knew we had to pen a tribute. The song never lets up the whole way through just like the disturbed cannibal family the song is based on.

‘The Silver Scream’ by Ice Nine Kills is out now on Fearless Records.