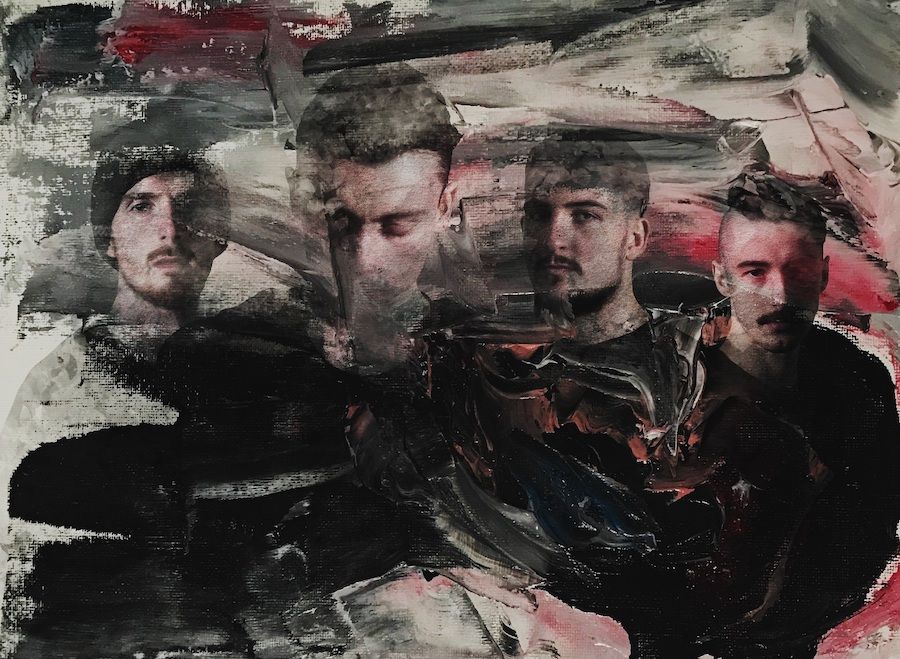 It’s common knowledge that Scotland has a long and stellar musical history. It’s given us the likes of The Jesus and Mary Chain, Wet Wet Wet, the Bay City Rollers, Simple Minds, Annie Lennon, The Proclaimers, Belle and Sebastian, Frightened Rabbit, Franz Ferdinand, The Skids, Calvin Harris, Idlewild and many more.

In more recent years, it’s become a country known as a hotbed for producing impressive rock and metal acts. Amongst them is From Sorrow To Serenity. The Glasgow four-piece recently made their return with ‘Reclaim’. The band’s second full-length follows tours alongside the likes of Jinjer, Heart of a Coward, and Fit For An Autopsy. The album itself is a juggernaut of monstrous metalcore, taking in tech-metal riffs and adding a brutal slab of deathcore-infused heaviness to produce a thrilling record. Amongst its highlights are ‘Alight’ and ‘We Are Liberty’,  showcasing their towering intensity alongside enormous choruses.

Before they headed to Japan for shows with Betraying The Martys and Boris the Blade, we put FSTS on the spot and asked them to pick out their five favourite bands from their homeland of Scotland. From festival headliners to gloomy Glaswegians to local death metal legends and more.

Scottish legends and living proof that four guys from Glasgow can amount to anything. We’ve collectively loved this band since their 2007 album ‘Puzzle’.

Good friends of ours and a band currently taking the metal scene by storm. We took these guys on their first UK tour as Lotus Eater in 2017. To see them doing so well for themselves now is incredible!

Another fantastic Scottish band. Not musically anything similar to From Sorrow To Serenity, but you need a bit of variety amongst all the noise! Easy listening and great hooks.

Undisputed kings of Scottish metal, we’ve been listening to this band since their 2009 album ‘Humanity’. They’re now good friends of ours, with Steven [Jones – FSTS guitarist and songwriter] also joining them on guitar a couple of years back. Check out their latest album, ‘Era’ for pummelling riffs and epic choruses!

Death metal from Glasgow. We’ve been keeping up with these guys since they supported Bleed From Within at their ‘Empire’ album launch show at Classic Grand in 2010. One of the best death metal bands around, without a doubt. We like them so much, in fact, that we’ll be having them at our album release show for ‘Reclaim’ in Glasgow, this June 8th at Drygate Brewery. They’re not to be missed live as they’re incredibly tight. To play that fast with such precision is mind-boggling!

‘Reclaim’ by From Sorrow to Serenity is out now on Long Branch Records.