Over the past 12 months, the Already Heard team has been privileged enough to hear some outstanding records, as well as some unfortunately disappointing, even forgettable, releases. And while we’ve celebrated 10 of the best records of 2018, we all know there have been far more incredible albums this year.

So to round the year off, the AH team has picked out five “hidden gems” that may have passed you by in 2018.

With a refreshingly fresh take on modern alternative rock, UK power trio Winchester delivered a seriously classy record in ‘Life Begins at These Dead Ends’ back in February. Packed with well-arranged numbers that show off some serious songwriting talent, the loosely conceptual ‘LBATDE’ has got a hell of a lot going for it, whether its the attacking riffs and killer hooks or the multiple textures of their more complex tunes.

Although they are seriously heavy and have mastered the art of controlled aggression, tracks like ‘Diamond’ or the mosh-friendly ‘Line Up’ nail killer choruses without sacrificing any of their harder edges. Other high points include ‘Life Begins’ with its varying rhythms and textures, the instrumental ‘At These’ with its sinister chimes, pulsating bass line and staccato riffing, and the banger that is ‘Problem’. There is a more emotional side on display on ‘Safe in Sound’ and the reflective ‘Set Me Apart’ to balance out the aggression and showcase their versatility. All told, this is a great record from a seriously talented band with a bright future. (EL) Entering 2018 with a hurricane of noise this year was Kentucky’s Greyhaven, with their sophomore album, ‘Empty Black’. With close ties to their southern metal roots, ‘Empty Black’ sees Greyhaven pummel listeners with riff after riff, accompanied by Brent Mills’ soaring vocal range.

The two parts of ‘Echo and Dust’ are the only respite from the carnage and show the necessary diversity of a band who have the chops to make the big time. These slightly mellower moments aren’t enough to stop the sonic onslaught, however, as Greyhaven are never scared to pick up the pace again on tracks like ‘Broadcast Network’ and ‘Blemish’.

Uncompromising and unashamed, ‘Empty Black’ is a definite winner for Greyhaven, and is a landmark on their career to come. In five years time, you’ll be wishing you had jumped on the train with this album. (BM)

Happy Accidents – Everything But The Here And Now

We’ve had a soft spot for the UK’s ever-burgeoning DIY indie-punk scene for quite some time. Amongst the array of bands that emerge from it, London trio Happy Accidents have especially caught our attention. With their second full-length, ‘Everything But The Here And Now’, they fulfil their potential through a charming set of songs about the growing pains of being in your twenties, and the anxieties and loneliness that come with it.

Besides their serious subject matter, songs such as ‘Wait it Out’, ‘A Better Plan’ and ‘Unwind’ are wrapped in a harmonious skin that instantly wins you over. From end to end, Happy Accidents delivery is fleshed out, both musically and lyrically. Where ‘Free Time’ and ‘Maybe Tomorrow’ warmly offers jangly guitars and ringing hooks, ‘Text Me When You’re Home’ sweetly captures Phoebe Cross’ vulnerability before ‘Sink’ provides a comforting conclusion.

Throughout guitarist Rich Mandell and drummer Phoebe Cross share vocal duties with ease, adding a dynamic and contrasting element. Mandell’s delivery is direct while Cross supplies sweet melodies yet ‘Everything…’ is seamlessly executed.

As we learnt in our interview with the band, these songs are now 18 months old but with each listen, our fondness for ‘Everything But The Here And Now’ has grown.

Released in distant March, Hot Mulligan‘s vibrant debut full-length album remained one of the brightest stars in 2018’s pop-punk sky for the rest of the year. ‘Pilot’ sees the Michigan band fuse pop-punk with their emo roots and influences including the likes of American Football. A cascade of razor-sharp songs with titles frequently passing the five-word mark, from the moment ‘Deluxe Capacitor’ crashes in, you know you’re in for a hell of a ride.

The four-piece produce such an array of gems that each listen yields a new favourite and fresh discoveries. If there is one standout, though, it is ‘How Do You Know It’s Not Armadillo Shells?’ Its processed beat and hovering keyboards help form a rather distinctive sound that defies presumptions about the genre’s conventions.

Hot Mulligan don’t shy away from more standard tropes, but when they employ them they do so with a real sense of relish. ‘The Soundtrack To Missing A Slam Dunk’ piles up the hooks and riffs, while the twiddling guitar intricacies of Midwest emo make their way into and enhance ‘I Hate The Gooey Disk’ and ‘There Was A Semi Fight On I-69’. ‘Pilot’ – and 2018 – taught us that Hot Mulligan are one of the most exciting prospects in pop-punk and emo today. (PS) 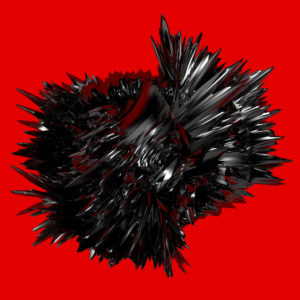 Frontierer aren’t the kind of band who pay much attention to convention when it comes to songwriting. So why people may label them a tech metal band, a metalcore band or progressive metal band, it would be pointless to try and compare them to anything you’ve heard before because ‘Unloved’ is a molotov cocktail of dense metal pummeling launched at your petrol-doused skull.

While fans of the Transatlantic quintet will know what to expect from their blistering 2016 debut ‘Orange Mathematics’, there’s enough curveballs on ‘Unloved’ to keep listeners both old and new on the edge of their seats. Revolving largely around their jugular hardcore assault, their heaviness is elevated by an arsenal of sub-bass drops, giving breakdowns the sonic equivalent of being crushed by a steel safe. Among their butcher’s shop display of discordant lead effects and groovy rhythms, there’s patches of drum and bass instrumentals and glitchy post-production just when you start to think you’ve got the hang of how these songs work.

While ‘Orange Mathematics’ was a huge surprise to anyone who listened to it first time round, ‘Unloved’ is proof that Frontierer can outlast the original burst of hype, build their sound into an empire of chaos and take the baton from the much missed Dillinger Escape Plan to set a whole new generation of bands alight. (AD)