The Hevy Fest have announced several new names for this years festival, with Finch being confirmed as the Friday night main stage headliners.

Whilst Terraform and Lets Talk Daggers have been announced as the winners of the Atticus Clothing contest.

Hevy Fest will take place Friday 15th and Saturday 16th August in the grounds of Port Lympne in Kent. 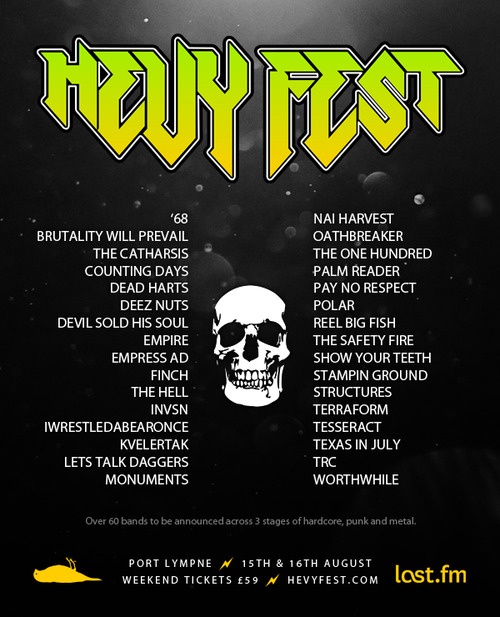