Funeral For A Friend have been announced as headliners for the second annual Radstock Festival and amongst the first names to be announced for the festival.

Joining them will be Kids In Glass Houses, Yashin, Feed The Rhino, Fearless Vampire Killers, Heights, Me Vs Hero, Crooks, The Hype Theory, Hey Vanity, Cytota and Bentley Park .

As previously announced the first day will take place the O2 Academy in Liverpool on Saturday 29th March event with the second day at O2 Academy in Newcastle on Sunday 30th March.

With more bands yet to be announced over three stages, Radstock 2014 will feature a merch village, giveaways and an official ‘After-Show’ party (over 18s only) featuring special guest DJs from the line-up and more.

Limited discount tickets start from £23.50 are on sale now and can be purchased here. 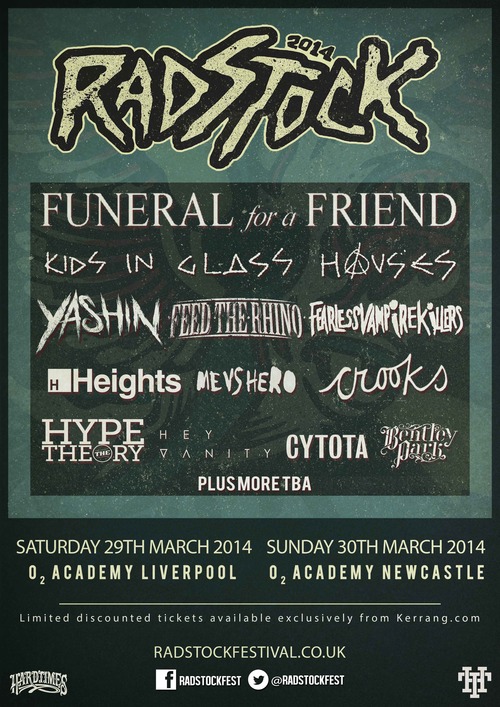