The following contest is scheduled for one-fall as wrestling once again returns to Donnington.

For the third year on the trot, the black and yellow brand of WWE will be entertaining the masses of music fans which will descend on the race track for the Download weekend.

Last year the interlinking between music and WWE NXT was a lot more obvious with a stage run in of WWE UK Champion Pete Dunne on Junior’s Mark Andrews, while his band were playing.

This year there is a more of a UK flavour as Download will play host to a number of qualifying matches for the upcoming UK tournament. With many of us here at Already Heard having a passion for ‘the graps,’ we thought we would once again check out some of the names you need to check out at Download. 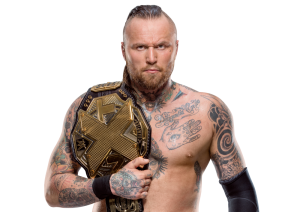 The current NXT champion was a relatively new face to the brand last time out at Download, but with his spinning-heel kick knocking out opponent after opponent he soon became a fan favourite and made a quick rise up the rankings.

With total composure and masterful precision to his striking ability, blink and you will miss him taking someone’s head off with his ‘Black-mass’ kick.

A man who has a darker side to his persona, Black will be right at home among the metalheads of Download, and having the vocalist of hardcore band Incendiary barking him to the ring, as well as having Code Orange play him to the ring, Black will surely make more fans at the heavy metal weekender. 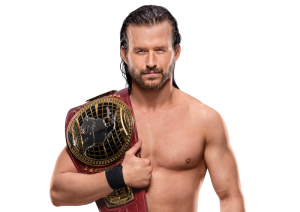 Irreverent, opportunistic and undeniably skilled, Adam Cole (“Bay Bay”) is set to come to Download. The leader of the Undisputed Era, who have been running rough shot over NXT since they arrived, came into the company with a huge reputation.

Having seen his stock rise wrestling for the likes of Ring of Honor, PWG and New Japan Pro Wrestling, Cole came to the WWE with star quality already attached to him.

Making an unforgettable debut at TakeOver: Brooklyn III, Cole has hit the floor running putting on incredible matches with Black and being crowned the first-ever NXT North America Champion, Cole is renowned for his meticulous in-ring attack, not to mention his exclamatory (and infectious) means of introducing himself. 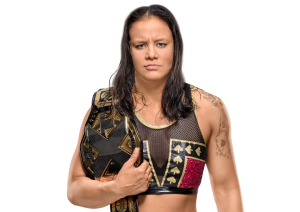 From the cage to the squared circle is a move many athletes have made, most noticeably as of late Ronda Rousey. However, one of Rousey’s MMA compatriots Baszler has been making a lot of noise in NXT since her arrival.

The Queen of Spades brings a time-tested, hybrid form of grappling and hard-hitting strikes to her arsenal.

After vanquishing many a foe inside the octagon, the Submission Magician chose to apply her martial craft to the squared circle. She made her auspicious WWE debut in the inaugural Mae Young Classic, dominating opponents with punishing strikes and suffocating submissions to advance all the way to the tournament final.

However, it would not be until a brutal encounter with former women’s champion Ember Moon that she would taste WWE gold for the first time. 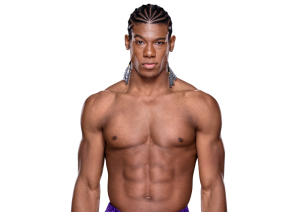 At just 22-years-old the Dream – real name Patrick Clark – has the charisma and ability of someone twice his age. But don’t be fooled by his flamboyant exterior, because once he steps into the ring he is ruthless.

From coming to the ring in frilled trunks and sunglasses or having his own face on his tights there is a reason this young man has such an ego, he has the talent to back it up. So, Download Festival keep your eyes on the sky as a Purple Rainmaker may be dropping on Donnington. 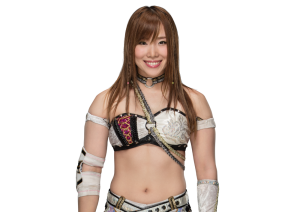 The inaugural winner of the Mae Young Classic is one of many exciting talents currently on the WWE books from the land of the rising sun.

The pirate princess is a prolific athlete having a laundry list of championships procured in the Japanese women’s promotion Stardom as well as being an Olympic hopeful in yachting.

Sane burst onto the WWE scene during the Mae Young tournament with a career-defining victory against current NXT women’s champion Shayna Baszler in the finale, having seen off 31 other competitors.

As well as being a stiff striker, it is Sane’s insane elbow which sees the pirate princess soar through the air which is a site to behold. 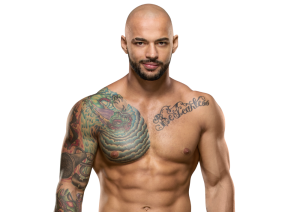 Known as the One and Only, Ricochet is a human gif.

If you have ever seen any wrestling gifs of something which is more akin to ballet, then it is more than likely to be Ricochet that you are watching. Like Adam Cole, the high-flyer has had an extensive career on the independent circuit and it was this his reputation that led him to land in NXT.

In his short tenure with the WWE brand, he has already displayed why he is the One and Only doing things which look like they are not humanly possible. 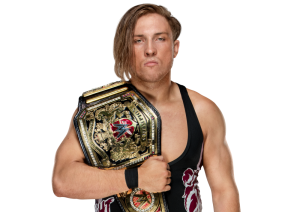 For more than a year the man from the Midlands has held the WWE UK title – the second longest title reign behind Brock Lesnar.

In the past two year’s Dunne has gone from UK indie start to household name and the chants of “Briuserweight” can be heard worldwide. Dunne along with his British Stong Style stablemate, Tyler Bate, put on NXT’s match of the year last year, which is a testament to the duo and how hot the UK scene is.

Dunne’s stock has risen even more so in the last six months being embroiled in a storyline with the Undisputed Era, with will culminate when WWE comes to the Royal Albert Hall. One thing is for certain, Dunne will make sure it is a bitter end for his opponent. 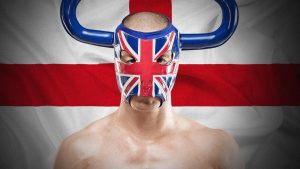 Don’t be fooled by the horns, the English-based luchador is one of the hardest working wrestlers in the UK right now. Having clocked up more than 2,000 matches in his career the man from Mexico via Leeds is one of the most loved by not just fans but his peers as well.

As part of the second WWE UK tournament, Ligero may be a relative unknown to many spectators, but his hybrid style of luchador and British-catch wrestling means he is a man not to be underestimated at all and he is by no means there just to make up the numbers. 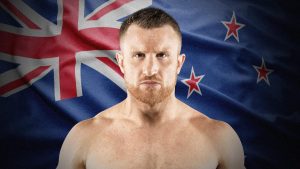 The current PROGRESS Wrestling World Champion is maybe one of the most intense competitors set to take part in this year’s UK tournament.

The “Kiwi Buzzsaw” may seem like an odd inclusion for a tournament which celebrates UK talent, however, the British Ilse has become his second home and he has very much become one of our own.

Known as “terminator Trav”, Banks has built a reputation of pulling out wins when it seems like he is down and out. Having claimed victory over Pete Dunne to be crowned the PROGRESS champion, many a predicting the two to face off once more but this time for WWE gold. 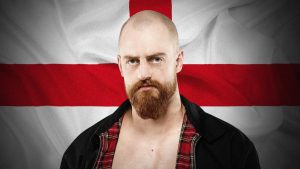 If the fans at Download want to have their weekend of fun ruined look no further than Liverpool’s Number One – Zack Gibson.

One-half of the PROGRESS tag-team champions with James Drake, Gibson’s presence alone can change the atmosphere of a room. And if he isn’t happy about something you are guaranteed that he will tell you about it whether you want to hear about it or not.