After an eventful few months of stadium shows and festivals, both big and small, for many the Reading & Leeds Festival is seen as the end of summer. In recent years, the August Bank Holiday get together has evolved from its alternative roots with grime, hip-hop, and dance becoming more predominate throughout the line-up. Nevertheless, rock still firmly has its fans amongst the Reading & Leeds crowds, and 2019 is no different.

We’ve picked out a selection of acts to check out this weekend; from stadium-conquering headliners to rising names that you can’t avoid to ignore. 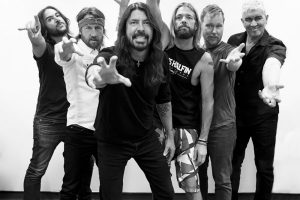 Despite the increasing diversity of the R & L crowd, veteran rockers Foo Fighters are sure to be a big pull as they return to headline for the fourth time. With a wealth of massive songs in their catalogue to choose from, Dave Grohl and company shouldn’t have any issues from filling out their two hour plus long set.

Along with the familiar arsenal of “hits” such as ‘All My Life,’ ‘The Pretender,’ ‘Everlong,’ and ‘Best of You,’ don’t be surprised if the sextet pulls out some hidden gems from their stellar discography. While fellow headliners Post Malone, The 1975 and Twenty One Pilots are sure to comfortably end the ongoing discussion of future headliners, Foo Fighters will make sure to show those young guns how it’s done. (SR) 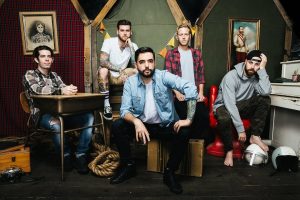 A Day To Remember

It’s been three years since Ocala’s favourite sons released ‘Bad Vibrations.’ Nevertheless, in that time A Day To Remember have proved their worth as a major live act, regularly bothering arenas on both sides of the Atlantic.

Although activity has been thin on the ground, we can imagine this brief visit to the UK is all part of the beginning for what will become ADTR‘s seventh album. While a recent collaboration with EDM producer Marshmello saw the quintet venture into new territory.

On record, their brand of heavy pop-punk is punishing as it is catchy, and when it’s taken to a live setting, they’re even more fun. As main stage sub-headliners to Foo Fighters, ADTR‘s mix of breakdowns and soaring hooks are certain to appetise fans ahead of the main event. Also, don’t be surprised to see the Florida group throw out some inflatables or t-shirts via a cannon. It will merely add to the spectacle and enjoy A Day To Remember are bound to bring. (SR) 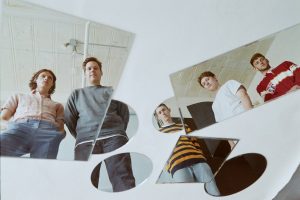 The Festival Republic stage is where you’ll find a mix of underground and emerging acts throughout the weekend. This year’s bill includes SWMRS, Peace, Hockey Dad, Cavetown, Black Honey, Hobo Johnson & The LoveMakers and Crystal Fighters. However, for us Basement are ones you can’t avoid to miss.

With four stellar full-lengths to their name, the quintet have a sound that lends itself from 90’s alt-rock with a familiar emotional thread. Last year’s ‘Beside Myself’ record continued a trend that saw Basement deliver memorable hooks. Songs such as ‘Be Here Now’ and ‘Disconnect’ are made to be belted out by crowds, only to be complemented by longtime favourites ‘Covet,’ ‘Promise Everything,’ and ‘Whole.’ (SR) 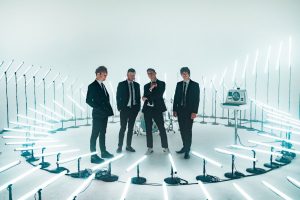 Enter Shikari have always had a phenomenal live reputation. Right from their debut, they have put on exceptional, thrilling live shows. This year’s visit to Reading & Leeds sees them treat fans to a double dose of their wild antics, with sets on the main stage followed by a headline spot on The Pit stage, so there’s no excuse to miss them.

Their weird and wonderful discography features something for everyone, synths, metal, nothing is off-limits. With the band’s scope, ambition and Rou Reynolds’ magnetic stage presence you can be sure there will be plenty to feast your eyes and your ears on. Better yet, as they say, ‘Anything Can Happen…’. Known to throw in curveball setlist choices, reinterpret their songs, and generally cause havoc, they’re sure to be a festival highlight. (IK)

Where & When: Main Stage & The Pit – Friday Leeds / Sunday Reading 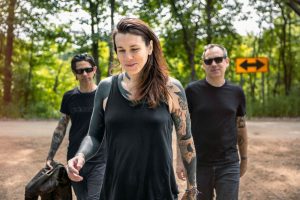 Laura Jane Grace is hardly a stranger to Reading and Leeds having played multiple times with Against Me, but this year’s appearance will prove something of a departure as she brings new outfit Laura Jane Grace and The Devouring Mothers to our shores for the first time.

Debut album ’Born to Rot’ featured as varied, playful and accessible facets to Grace’s always incendiary songwriting as we’ve seen in years, and how that translates to a live setting should make for an attention-grabbing set. Not that anyone would want to miss the opportunity to witness punk rock’s most enigmatic figure of this generation in action in the first place… (DW)

Where & When: The Lock Up – Friday Reading / Saturday Leeds 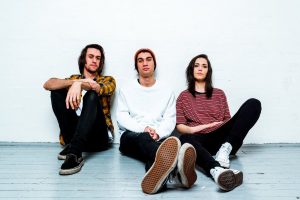 Pop-rock acts packing feel-good melodies, huge choruses and bouncy hooks by the truckload are basically a staple of any good festival lineup. In the last 12 months or so no band on the plant have showcased any of these qualities with either the quality or the abundance of Aussie trio Stand Atlantic, making the chance to see Bonnie Fraser and co make their R&L bows a seriously exciting prospect.

Last year’s debut full-length, ‘Skinny Dipping,’ continued the momentum that began with their ‘Sidewinder’ EP. As songs such as ‘Lavender Bones,’ ‘Lost My Cool’ along with its title track showed, Stand Atlantic have perfected the knack of writing addictive, explosive choruses that are sure to please R&L masses.

Whatever selection of cuts they opt to pack into their time on The Pit/Lock Up stage, an excellent time will be had by everyone wise enough to check them out. This is going to be really, really fun stuff. (DW)

Where & When: The Pit – Friday Leeds / Sunday Reading 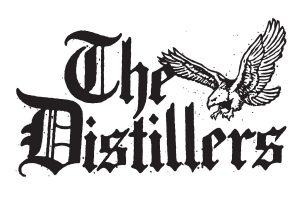 Reading and Leeds will see The Distillers make a hotly anticipated return to the UK for the first time since reforming last year, instantly making this set the most eagerly awaited of the weekend for any punk fan.

Expect walls of riffs, snarls and chaos as Brody Dalle and her band light up the Main Stage with the likes of blistering hits ‘City of Angels’ and ‘Drain The Blood’. With The Distillers set to be followed onto the stage by Frank Carter and The Rattlesnakes, prepare yourself for a punk rock riot that won’t be for the faint of heart. (DW) 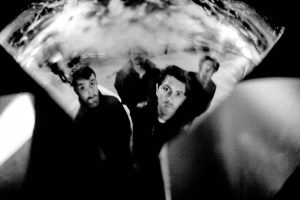 Twin Atlantic have been promising new music for a while now. If you haven’t sampled their brand of anthemic alt-rock, then there’s no better time to dip into their discography. You’ll soon discover why they justify a place on the main stage. From the anthemic to the heart-breaking, to the experimental their five albums have a little something for everyone.

As a live band, they’re always a delight and you can bet you’ll hear sing-alongs from 2014’s ‘Great Divide’ as well as the harder-edged songs from most recent album ‘GLA’. The big singles ‘No Sleep’ and ‘Fall Into The Party’ are sure to get the crowd moving while ‘The Chaser’ and ‘Make A Beast Of Myself’ are setlist staples with the potential to draw new fans in.

Singer/guitarist Sam McTrusty has a real stage presence. You won’t want to miss hearing his soaring voice first-hand. Especially as the band will be keen to remind everyone why they’re one of Scotland’s most exciting rock bands. With something to prove, Twin Atlantic promise an unforgettable set. (IK) 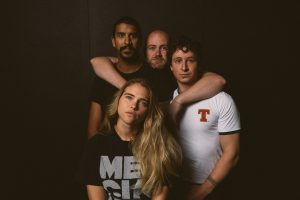 When it comes to “ones to watch” at R&L this weekend, Melbourne’s Press Club are sure to be one of the emerging bands to turn heads. After making their mark in their native of Australia, they’ve been making strides on these shores throughout 2019 with not one, but two stellar albums being released. The radiant ‘Late Teens’ arrived in the UK at the start of the year, only to be followed up by the more ferocious ‘Wasted Energy’ earlier this month. Together, they showcase a blend of buzzsaw guitars, frantic rhythms and succulent melodies with vocalist Natalie Foster proving to be a force.

Songs such as ‘Headwreck,’ and ‘Ignorance,’ along with new cuts ‘Thinking About You,’ ‘Get Better,’ and ‘Chosen Ones’ are sure to thrive in the intimacy of the Lock Up stage. Add to that dose of raw, fuzz-riddled punk energy, and you’re left with one of the brightest prospects to emerge from Down Under. (SR)

Where & When: The Lock Up – Friday Reading / Saturday Leeds 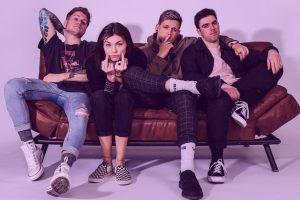 Manchester’s Hot Milk will arrive at R&L fresh off a run of support slots with headliners the Foo Fighters and finishing up a festival season that has already seen them wow crowds at Slam Dunk and Download. Between that and dropping utterly addictive EP, ’Are You Feeling Alive?’, earlier this summer, this is a band primed to show that they are every bit as compelling live, as their songs are immaculately crafted and irresistible on the ear on record.

This lot are a Northern power-pop powerhouse in the making, with the hooks and engaging duel vocal attack to win over any festival crowd. See what the fuss is about for yourself and have a bouncy, emo blast in the process. (DW)

Where & When: The Pit – Friday Leeds / Sunday Reading

And if that’s not enough…

If you want to see some of the biggest names in modern music, then they’re likely going to be on Reading and Leeds‘ main stage. Alternative pop and rock crossover duo Twenty One Pilots are co-headlining with a returning Post Malone. While You Me At Six will follow up an impressive headline slot at 2000trees as they warm up the masses for The 1975. They’ll be joined by I Don’t Know How But They Found Me (aka iDKHOW) who will be bringing their rich, catchy pop-rock hooks.

As for Frank Carter & The Rattlesnakes, R&L has often welcomed them during their rise, and this weekend is sure to be no different. Milk Teeth will be opening the main stage but with plenty of festival appearances in recent months, the trio arn’t going to be phased by the task ahead of them. If you’re looking for emotional singalongs, then Mayday Parade will be filling that void. Finally, Counterfeit. will be returning to the public eye after being tucked away recording their second album.

We’ll admit the BBC Radio 1 Stage isn’t a tent we rarely venture into. Packed with established alternative acts and rising names from indie, grime, dance and beyond, the worlds of rock and punk will be represented by The Story So Far, Boston Manor, and The Faim. While Pvris will be making a brief return to the UK as they continue to tease their third album.

The Pit / Lock Up

It’s no surprise that if you’ll looking for members of the Already Heard team, they’re more than likely to be found in the The Pit / Lock Up stage tent. For punks, moshers and everything in between, this stage is sure to offer three days full of variation. From the lo-fi surf rock of Fidlar to the shamlessly fun pop-punk sounds of Bowling For Soup and Patent Pending, to Pup‘s bashful and anxiety-ridden brand of punk to the emo and metal-influenced rap of Ghostemane and nothing,nowhere to Of Mice & Men‘s destructive take on metalcore, there’s something for everyone. Other noteworthy names on the The Pit / Lock Up are Plague Vendor, The Maine, Puppy, Dream State, Queen Zee, Higher Power, Blood Youth, and Dinosaur Pile-Up. Oh and then there’s genre-crossing artist, Poppy. 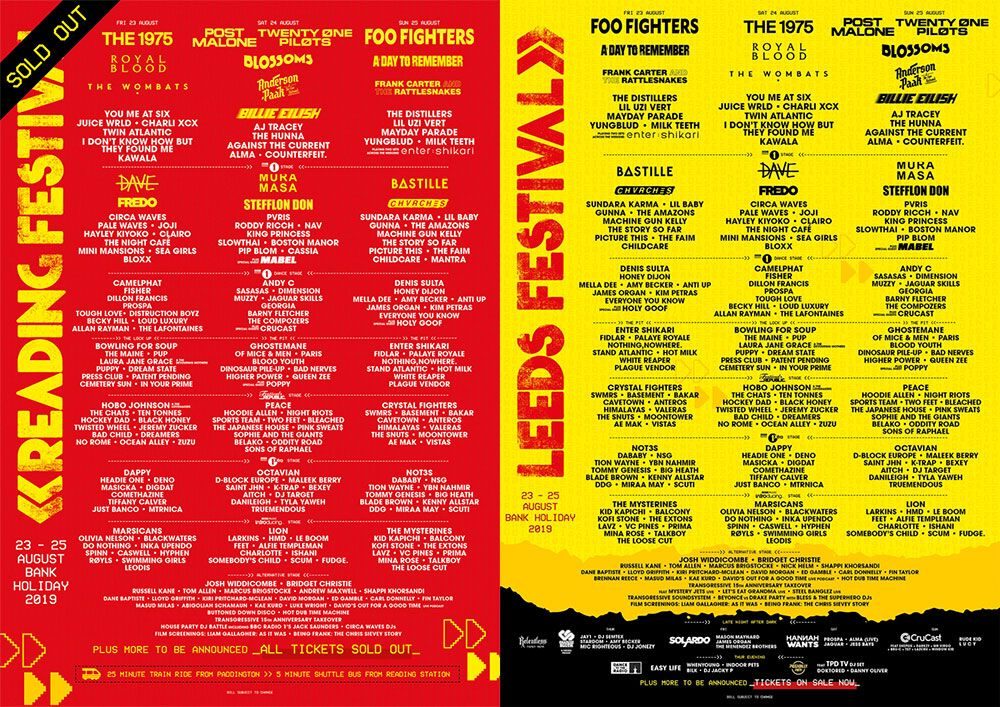