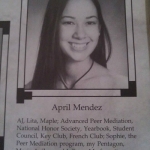 ‘Released by Feliciano’ will include releases from Hold Your Horse Is, The Lion and The Wolf, Beware Wolf and more. Each release will be available individually or as part of a discounted subscription package and will each be limited to 50.

In addition Feliciano will be holding a launch party The Old Blue Last in London on Wednesday February 6th and will include sets from Hold Your Horse Is, The Jorneta Stream, Part Dinosaur and Luke Godwin.

A free sampler; ‘Released by Feliciano’ is available now on Bandcamp and can be streamed by clicking read more.