Feature: Why We Do This – John Allen (Disconnect Disconnect Records)

In a series of 4 weekly features, we’ve challenged some of our favourite creative artists to think about exactly why they pour countless hours of their time into the music scene that they have associated themselves with and just what it means to them. Why do they do the things they do, in the way they do them? You’ll see that whilst it has its highs, it’s certainly not all rosy and comes with its issues too but despite this, the people involved still keep ploughing on with the upmost optimism.

In the fourth and final feature, we caught up with the man behind Disconnect Disconnect Records, John Allen to get his thoughts on why running an independent label is as challenging as it can be. 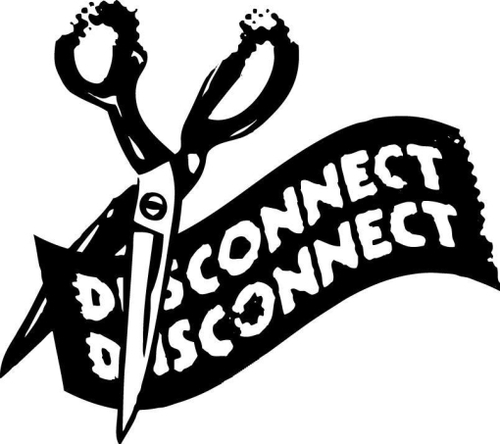 Running a record label is a labour of love, especially in the world of punk rock, where any benefits on the financial side of things are always at a premium. In this now digital age we live in, it has become both easier for bands and labels to get their music out there to the fans, but increasingly difficult to see much financial gain back due to the sheer quantity of illegal downloads and (possibly to a lesser extent) poorly paid streaming services which much of the modern music listener rely on. I have had several discussions on both forums, Facebook and face to face with other labels about what we can do to try and make the scene a bit more sustainable. Over the past few years I’ve seen so many great bands and labels give up just as they put so much in, but weren’t selling enough records. The aim is by raising awareness to people of the work that goes into releasing something, we can try to change the perception that many people have that music is a free commodity rather than a form of art, which does have some sort of value.

Everybody loves a freebie. Let’s use an example of a chocolate bar. If you were walking down the street and there was someone giving away a chocolate bar as a free promotional item, you’re likely going to take it. But would you also just go into a shop, and pick this off the shelf and walk out without paying? I would hope the majority would say no! In general terms the same thing applies to music – a band gives away a free song or EP to check out, and then put out a full release either digitally or physically (or both) but then ask for money for it. This shouldn’t mean that once a band has put something out for free (in essence as a ‘gift’) that then people should in the future take advantage of that generosity by doing something like typing the band and release name into Google along with “zip” or “blog” and downloading their album for free from a site essentially offering something illegally. Although I’m sure most bands would say they want their music to be heard, there’s so many ways to do that legally, with streams, free mp3 downloads etc that there’s really no need to download a release just to ‘try out’ a band. I’m not totally against ‘try before you buy’, however, it’s the sheer numbers I come across as a label owner who I know have tried, loved and then never bought the release. This leaves both the band and label with not insignificant debts – as along with the obvious recording and pressing costs of release comes other costs such as mastering, licensing, distribution costs, promotional and advertising costs, as well as the endless amount of ‘free’ time which goes in from both sides on writing, practicing and recording to management, promotion and admin work.

I recently heard an argument for illegal downloading, that it’s good for people to check out bands, and that this particular person would never buy a release, but instead would pick up a t shirt or some other merch if the band ‘bothered’ to come and play their town. What they’re missing though is that why would a band come to a town (at often great expense) on the off chance that people who haven’t bothered to support the band by purchasing their music, might turn up to a gig and might buy something. It’s all a lot of ‘ifs’ and ‘buts’, which doesn’t really support the band. It’s obviously great if a lot of people go to gigs and are picking up merch, but why would a band, especially an overseas band, risk travelling a large distance at great expense, if they haven’t seen any evidence of a fanbase in these areas. It’s different for buy on tour supports and on a much more DIY level, but smaller punk rock bands simply cant just jump on plane and travel across the globe when they’re probably still reeling in the debts of their record, and are likely to have commitments such as rent, a mortgage, perhaps a family to support – it makes these things a lot more of a risk.

The days where our parents used to go to record stores and stand in listening booths religiously checking out new bands and coming home and putting those records on the turntable may be over, but the few great independent punk rock record stores remaining (Punker Bunker, All Ages, Banquet all immediately spring to mind), still offer a great selection and experience for those who take the time to go to a store and browse the collection and pick something up. There’s that excitement for going home and putting on the record or listening to the CD, which I don’t think can be matched for just simply ripping some mp3s.

There are so many examples of where bands have recorded albums and released them only for them to sell hardly any records – but see thousands of illegal downloads. I can remember Roger from Less Than Jake said they sold about 50 CDs the first month of the last ‘Rehasher’ album, but had got figures of thousands of illegal downloads from various sites. The same thing has happened a number of times with my releases – with one example having 30 copies of an LP sold in a month but in excess of 2000 downloads from a particular blog, which also had a donation box (which was showing donations being made). When I asked this site where the donations went, I got no response, so I have to assume they’re just going to the person who hosts these sites.

I’m not saying that this is what every music fan does – far from it, as we see the resurgence of formats such as vinyl and (to a lesser extent) tapes, formats which have come back to the forefront due to music fans love, with avid collectors helping to keep these formats alive, and seen growth in these areas. There’s hopefully always going to be people who spend their spare time and money on buying music and going to gigs, and that is what it should be all about, a genuine love of the music. If we can keep this going, and encourage more people to actively support the bands and labels they love through getting involved in the scene and directly supporting through purchasing music, maybe we can help make a world where the talented musicians and songwriters we love can work on their art without the need to constantly worry about debts and their next pay check.

Hopefully you haven’t found this article too ‘preachy’, I just wanted to put some feelers out there with the hope that we can provoke a bit more support from those who maybe take advantage and don’t appreciate music as it should be. Keep checking out new bands, buying music, going to gigs and promoting a sense of fun and passion in music, and the world will be better because of it!