For this edition of Under The Radar, we look at new releases from Yorkshire Rats, Sweeping Exits, Figures, The Nightmare Police, Hollow and Lyon Estates. 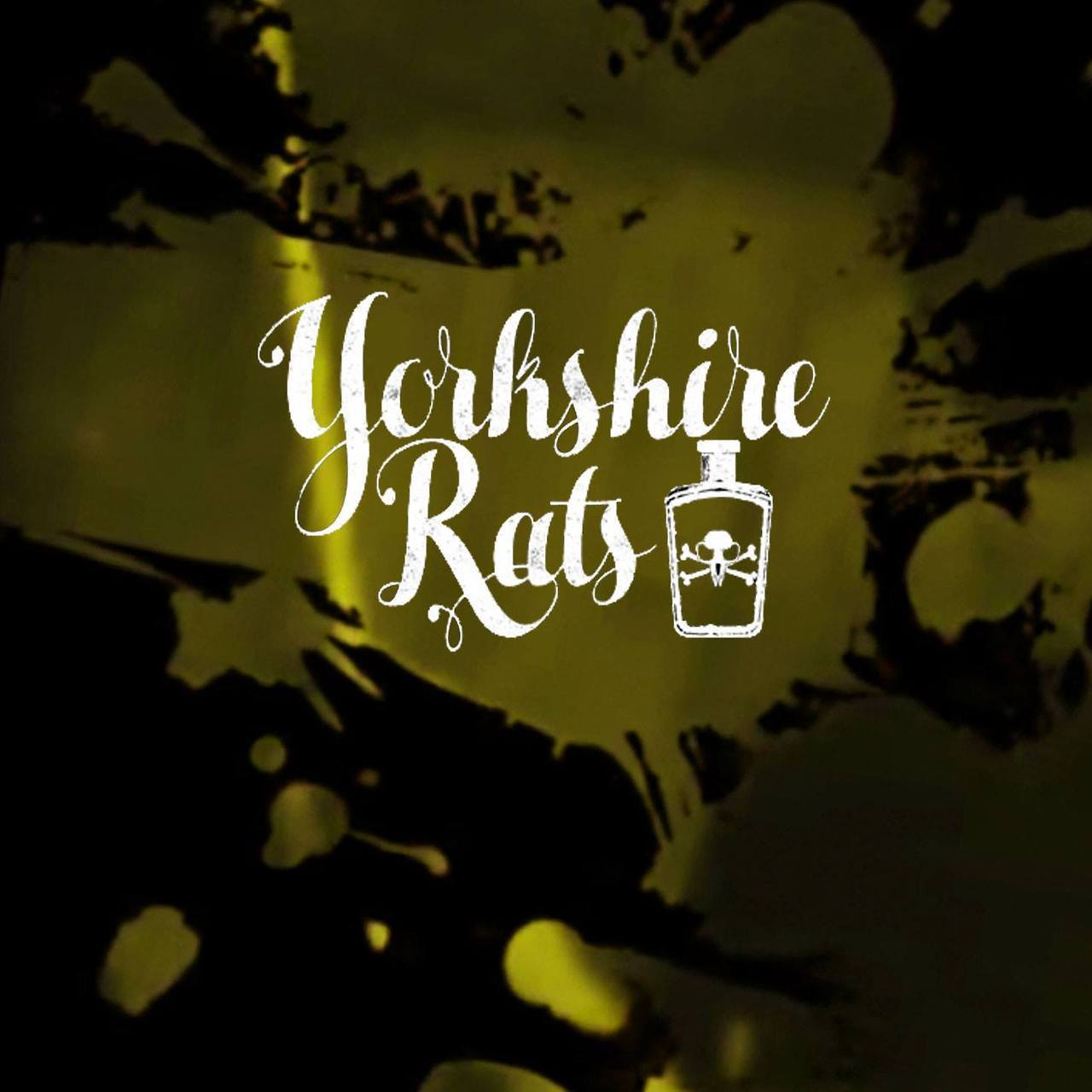 If it’s good old fashioned punk rock that floats your boat then you could do a lot worse than check out Yorkshire Rats. Their sound is a cool blend of 70s/80s influences with a little ray of Southern California sunshine. It all makes for a really likeable mix of good time rock n roll, with gritty driving riffs and catchy choruses aplenty.

Kicking around since 2004, they’ve got some serious experience on the road, which translates into slickly delivered, well constructed songs that find a nice balance between hard edges and smooth melodies, the single ‘Alone Together’ showing off their more straightforward side, while closing track ‘Better Days Will Come’ offers up a bit more depth. Great little record; well worth a listen or ten. 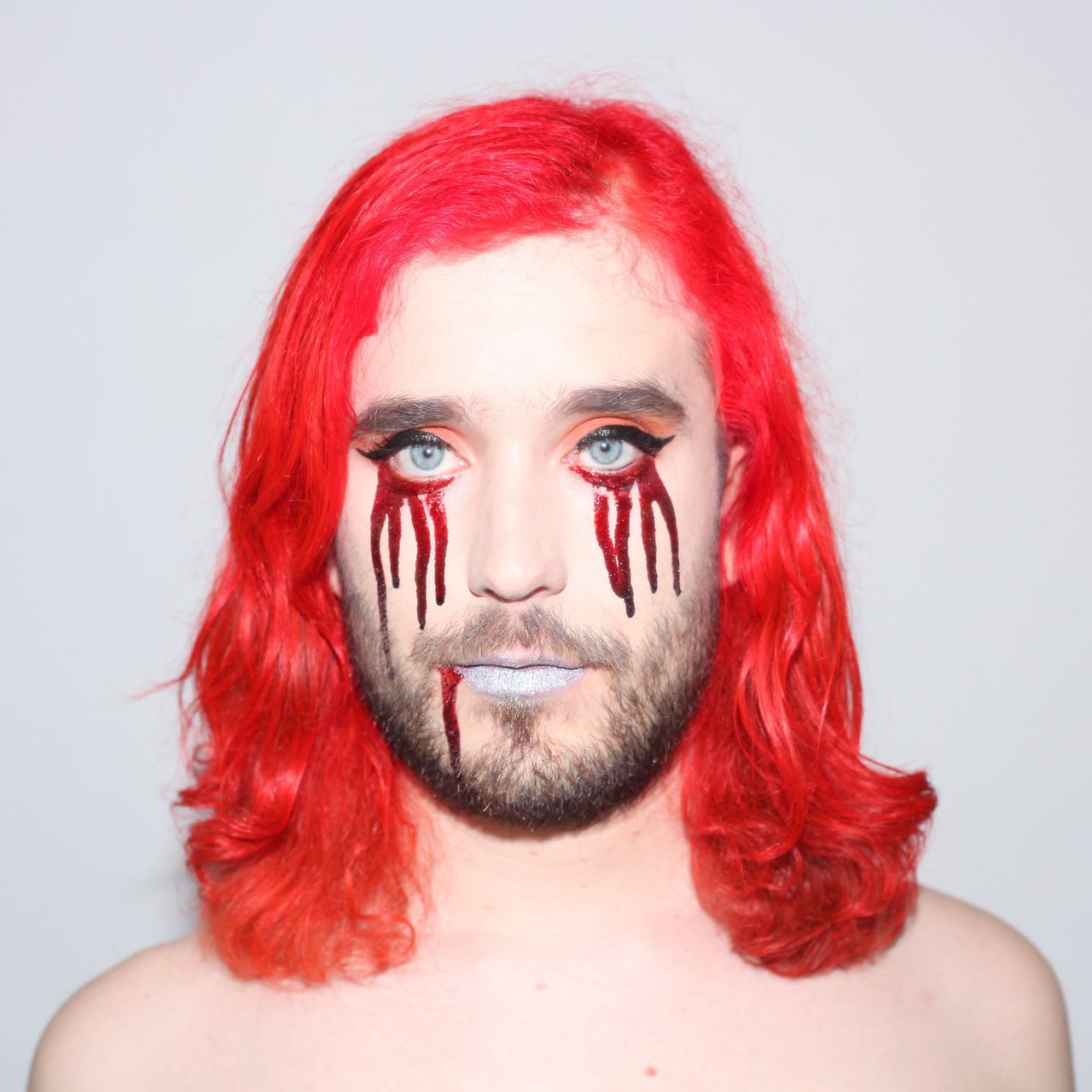 There’s quite an agenda to Sweeping Exits and their ambitious‘Glitter and Blood’ project, which is essentially a Rocky Horror style story of a vampire rockstar who becomes queen of the vampires. That may seem a little out there, but it’s actually part of the trans band’s queer empowerment ethic, addressing the very real issues of discrimination and oppression. Stylistically speaking the album has a strong seventies glam rock feel, a la Bowie or Lou Reed, but also has a dark nod in the direction of the likes of the Damned or Nick Cave, although with it having the intention of telling a story it does play out a bit like a musical. So, is it any good?

Well, technically speaking it’s all proficiently executed and they can certainly nail a melody. They also succeed in recreating a very seventies feel and any album which includes a song title like ‘Bigotry & Barbecue’ deserves a listen; there are even some extremely beautiful moments, such as the instrumental section of closing track ‘Ghost (New Mourning)’. However, it doesn’t really have the hooks to be a 21st century Rocky Horror and requires a touch of patience to stay the course. Even so, they are addressing important issues that could well resonate with an audience that identifies with their cause.

‘Glitter and Blood’ by Sweeping Exits is out now on Matriach Queen Records. 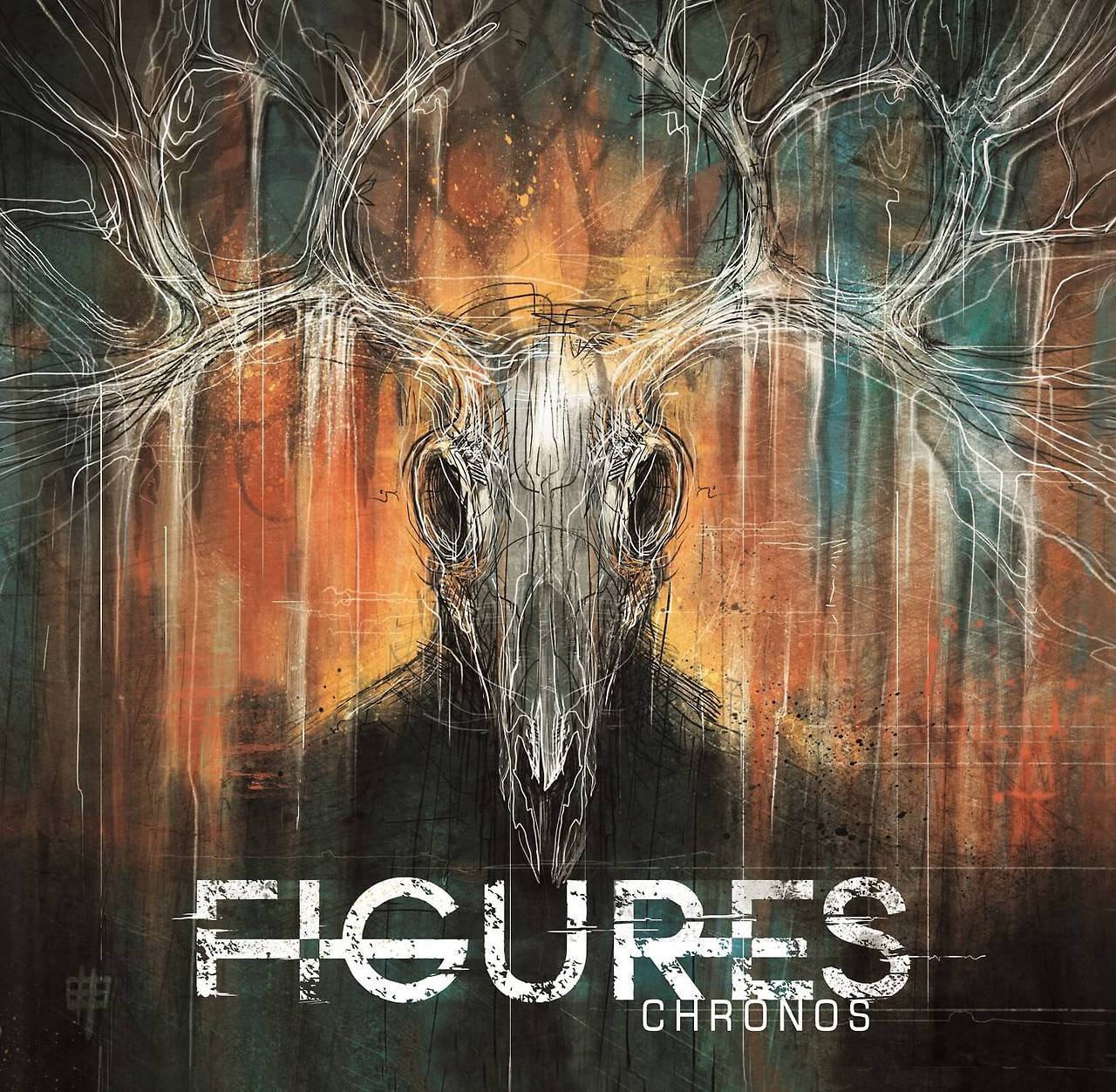 Australian progressive metal quintet Figures are an interesting proposition. Despite the progressive tag, their sophomore EP, ‘Chronos’, sees a variety of elements at play. Sure, there’s the underlying keyboards and sweeping instrumental passages, but there are heavy pounding basslines, searing riffs and the occasional guttural tilt to the vocal. It throws up quite an engaging mix, combining intricate melodies with a full on assault.

First single and opening track, ‘Recoil’, is perfect example of their aggressive side though it also slips a classy chorus into the mix. In complete contrast, there are also hauntingly melodic moments such as the atmospheric ‘Crying Door’, which is beautifully sung. All told, it’s a satisfying listen and with the number of neatly complimenting aspects at work, there’s plenty to get your ears round; well worth a listen.

‘Chronos’ EP by Figures is out now. 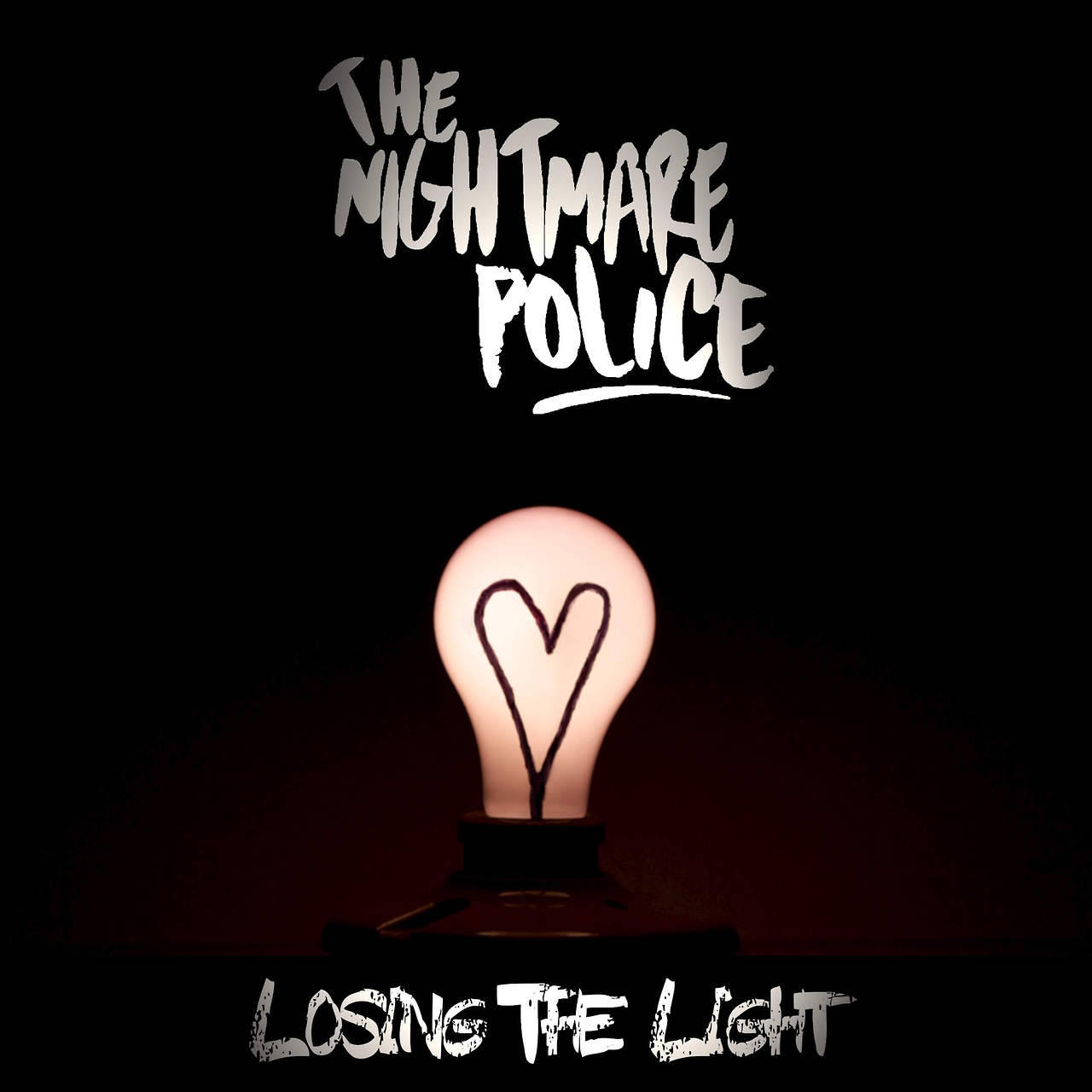 There’s a rough and ready feel to the pop punk influenced alternative rock sound of Long Island’s The Nightmare Police. The trio have put their heart and soul into the catchy tunes on ‘Losing the Light’ and have succeeded in putting together a cool EP reflecting on the difficulties of youth. They manage to capture that melodic structure so common to pop punk, yet there’s a more serious edge, albeit without sacrificing anything in the sing along, shake your head and move your butt departments. So, what you end up with is a pretty damn likeable record, which despite sounding slightly familiar, manages to fashion its own identity.

‘Whoa’ for example, ticks all the expected boxes, yet has an emotional edge to the lyrics and the arrangement giving it a fucked up nostalgia feel – nice work.

‘Losing the Light’ EP by The Nightmare Police is out now.

Hollow, formerly Hollow Heart, are pretty damn angry and broken, but intent on using their debut album, ‘Home Is Not Where The Heart Is’, to express their emotions constructively. As such, there is plenty of enthusiasm and passion on display, which translates into an accomplished mature debut.

Ok, so it’s metalcore and comes with all the usual elements, but they manage to mix things up a little as they throw in some head spinning guitar effects and are not afraid to play around with arrangements and the use of electronics. Even so, they focus more on the aggressive side, which is definitely a plus; sure, they nail the melodic side and the clean vocals are cool as, but it’s their full on attack that really kills it. ’The American Dream’, for instance is pure power, while ’Alpha/Omega, offers up a serious pummeling, even the more commercial tracks like ’Anomaly’ are pleasantly hard core. To be honest, there’s not a bad track on here and HINWTHI could be one of the most impressive metalcore records you hear this year; check it out.

‘Home Is Not Where The Heart Is by Hollow is out now. 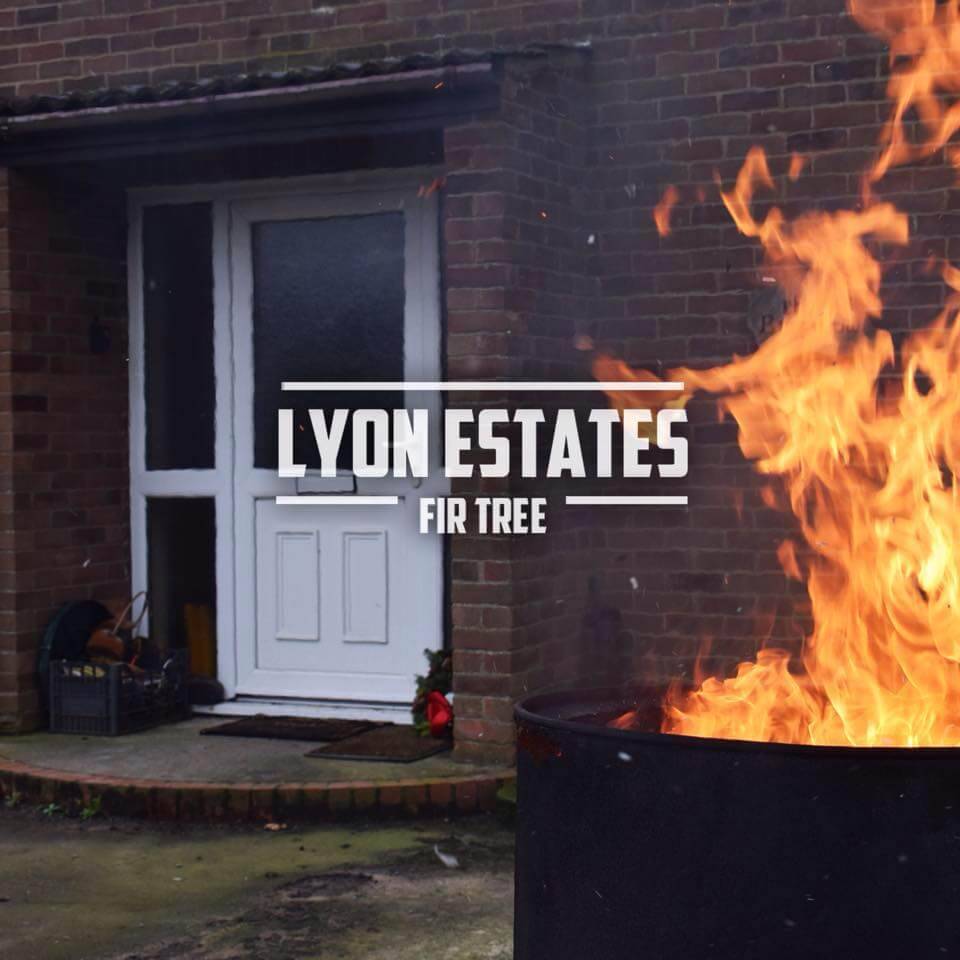 ’Fir Tree’ is the third EP from York pop-punk quartet Lyon Estates, and is a pleasant enough collection of their fun brand of melodic punk. The songs on offer here will no doubt translate into an energetic live show and it’s pretty obvious that they know their way around a tune, ’Borderline’ being especially good, it just all sounds somewhat familiar. Pop-punk is already a very tried and tested genre, so injecting any originality is a tall order, and unless your songs are draw dropping masterpieces, it’s difficult for any band to stand out from the crowd.

So, while this likeable four-piece have delivered another competent record, it’s going to take something a bit more special to elevate themselves above pub stages and the occasional support slot. Even so, there is obvious talent in the band so with a little more inventiveness and maybe a step or two beyond the limits of the genre they could turn into a more interesting proposition.

‘Fir Tree’ by EP Lyon Estates is out now.