Exclusive Song Premier: August Premier – See You At The Bottom 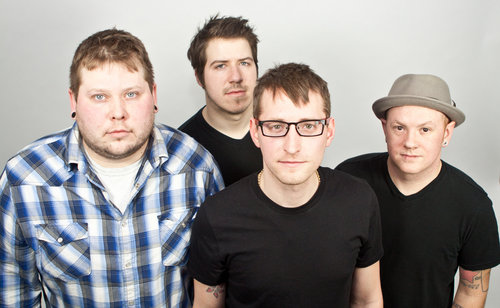 With lead guitarist Mikey Chiero taking over longtime member Danny Halminiak, the revitalised quartet have polished up their sound on ‘Rebel Without Applause’ and sees August Premier combining their raw style with a more finely tuned and focused approach.

To give you a preview of whats to come, we’ve teamed up with Pacific Ridge Records to premier closing track, ‘See You At The Bottom’.

Guitarist/Vocalist Chris Rogner spoke to us in more detail about ‘See You At The Bottom’:

That last track is basically about feeling like you have no control over anything. It was written after getting off the phone with someone I hadn’t talked to in a long time. As great as it was hearing from them, when the conversation ended it felt like it was for good. There would be no more conversations. You start to wonder what it was all for. Is this how easy it is for a relationship to end? After all that time you find yourself on a couch at 3 am and you can’t even taste the whiskey in your drink anymore. So you think the only thing you can do is to make them stronger. Sometimes there are things beyond your control and it’ll drive you insane, and sometimes you just don’t know how to deal with that. Sometimes you write a song about it.

Even though that song wasn’t about the same relationship as the rest of the album, I thought the lyrics fit the theme and style of the rest of the songs. We never really write melodically sad sounding songs…usually our happy-go-lucky melodies sort of mask the lyrical content. I thought…why not try our hand at something a little different for us?

‘Rebel Without Applause’ by August Premier is released on 18th February through Pacific Ridge Records.