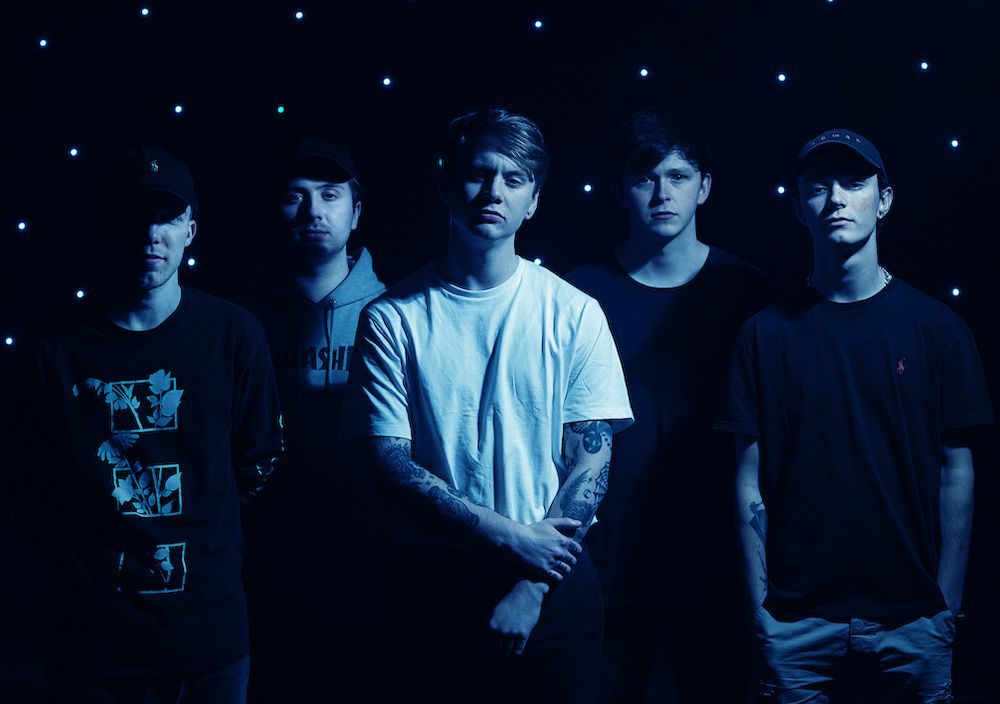 Emerging from the ashes of former pop-punk outfit Pine, Decay sees the quartet branching out to create a melodic yet aggressive brand of emo. Their debut EP, ‘Modern Conversation’, is sonically reminiscent of Title Fight and Basement yet with a firm British tongue.

Throughout its five songs, vocalist Daniel Reposar sings of the confusion of being in love can bring, dealing with an alcoholic father and the need to escape unwanted, trapped situations. Overall, it makes for a concise, versatile and personal narrative that compliments Decay‘s resonating emotive tone. Songs such as ‘Been Blue’ and ‘Slow Decline’ effectively intertwine sharp lyrics with towering melodies.

To get a full understanding of what Decay and ‘Modern Conversation’ are all about, we’re premiering the EP in full alongside a track-by-track breakdown from Daniel Reposar.

Toby (Hacking – drums) wrote the entirety of this song before he was in the band. In the demo version, he does everything from playing all the instruments to singing—it blew us away when we first heard it. My interpretation of the song is that it’s about being helplessly in love with another person and losing yourself as you change trying to please them.

‘New Again’ is technically a love song. However it’s not about a person, it’s more based around the feelings of finding someone new after going through a lot of heartbreak and bitterness.

‘Slow Decline’ came from a time in my life where I watched my dad slowly kill himself with alcohol and lose all interest in everything around him. The grief from the death of his wife took over him, and changed him into someone I didn’t recognise anymore. Writing this song has helped me come to terms with a lot of these thoughts and feelings.

‘Been Blue’ is a song about being bitter and trapped in situations you can’t escape. The whole theme of the record is blue, which symbolises my childhood room (as it was entirely decorated in different shades of blue) and how I felt trapped and unable to escape it and my then current life.

The closing track to the record perfectly rounds off the themes and context of the EP nicely. It holds similar themes to ‘Slow Decline’ but mainly tells the story of when I gave up trying to help my dad overcome his alcoholism and move on with my own life.

‘Modern Conversation’ EP by Decay is released on 5th July on Fox Records.