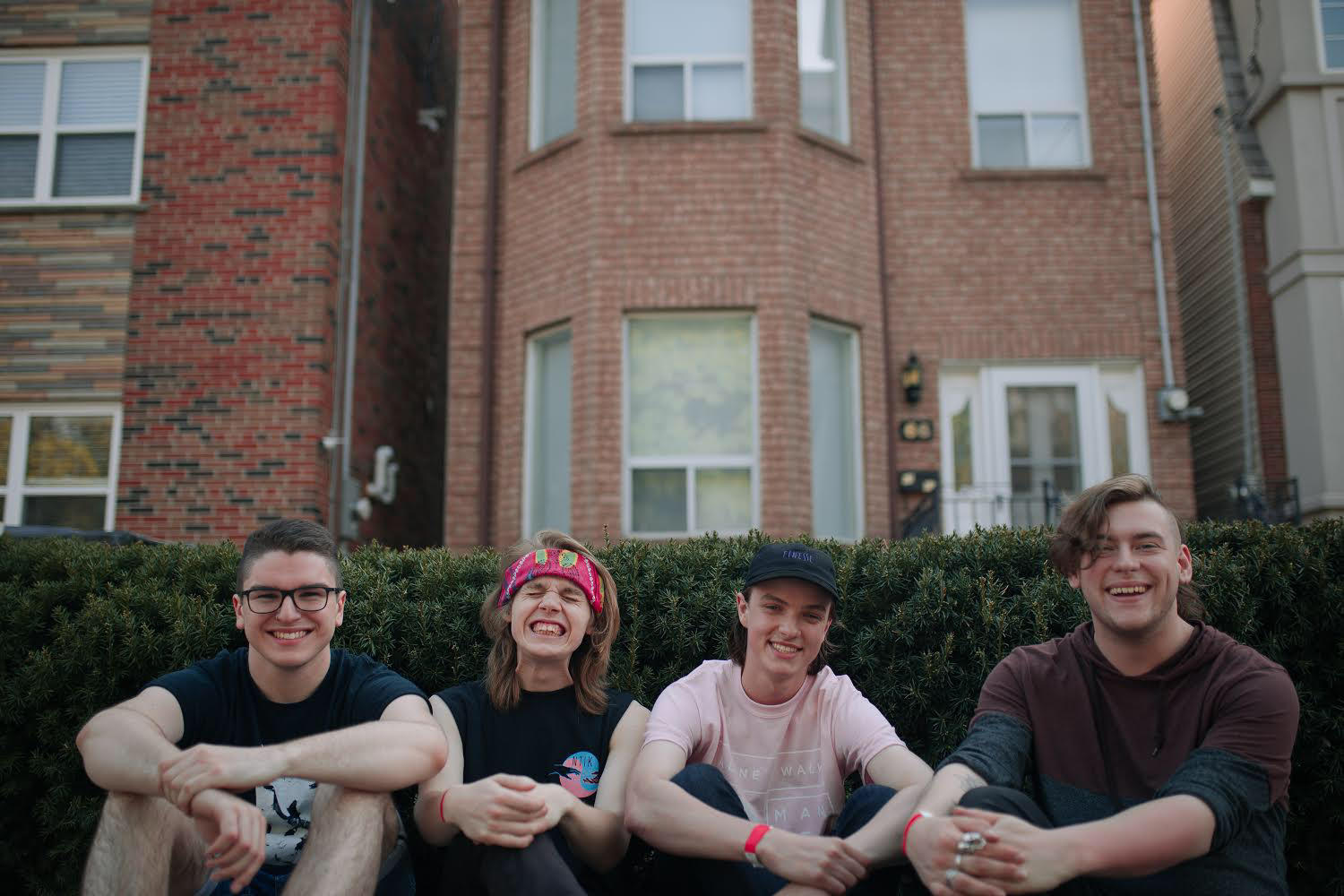 In recent years, we’ve seen a handful of Canadian bands leaving their mark on the emo/pop-punk scene. Seaway, Rarity and Like Pacific have followed the footsteps of influential Canucks Sum 41 and Simple Plan. You can now add Castlefield to that pool of bands.

Based out of Ottawa, Ontario, the quartet are releasing their second EP, ‘Tunnel Vision’, tomorrow through Penultimate Records (Handguns, Bukowski, Brightr). Its four tracks sees Castlefield blur the boundaries between emo and pop-punk providing a set of songs full of straight up honesty. Combined with an accessible, upbeat sound, it gives the Canadian four-piece plenty of potential going forward.

As always, Already Heard loves to put the spotlight on exciting up-and-coming bands and Castlefield is no different. Ahead of its full release, we’re premiering ‘Tunnel Vision’ in its entirety. We also spoke to vocalist and guitarist Ryan Fitz, as he gives a track-by-track breakdown of the EP.

This was the song the took the longest to write on ‘Tunnel Vision’. I wrote the song in its earliest form, probably somewhere around early 2015. My friends and family have probably heard me play it a million different ways by now, because of how many shapes and forms it’s existed in, I even used to perform it a lot when I would play solo shows back in the day. The song didn’t really start taking its final form until I brought it to the rest of the guys and we turned it into more of a “pop-punk” sounding tune around late last year.

I am really proud of how it sounds now and how we all did our own part to make it come to life. While it was the longest process for writing a song for ‘Tunnel Vision’, I think it was definitely worth the amount of time it took to create.

‘Heaven Sent’ is a song that started with an interesting chord pattern that myself and Connor (Neilson – guitar) came up with together in an open tuning that I like to think we created. This is definitely the odd one out on the EP, because we just wanted to try something different. ‘Heaven Sent’ almost abandons the idea that we are anything close to a pop-punk band and it almost goes in more of a post-hardcore direction at points. This is one of those songs that we wrote purely from emotion and didn’t think too hard about trying to fit into a genre somewhere.

I wrote it about growing up in a household where you might not always have the support you desire from your loved ones, and how tough that can be to get over. Everything came together fairly quickly because of how exciting the process of writing something completely different was. I really like how much we experimented with things here. I’ll never forget tracking the end portion of it in the studio and Anton being like “I thought you guys were an emo band, what’s this??” That’s why we chose to make it the second track, so it will come in and surprise the listeners and that’s probably why it’s the one I’m most excited to see people’s reaction to.

‘Joyless’ is a song that started out as an idea to try to write something more poppy and fast-paced for the EP – but I don’t think I ever intended for it to have the emotional meaning it does. Castlefield doesn’t like to put too many boundaries on how we write, and since we use the band as an outlet for our emotions, we let everyone in the band contribute to the songwriting how they want to. That really shines through on this song.

It was written back before we had Jon (Reid) as a drummer, so Matt (Spafford – bass) wrote and played drums on it. A lot of it is him having fun playing punk beats and Connor having lots of fun on guitar, while I just came to the table with a very simple chord progression.

We happened to write this song in a period of my life where I was really going through a lot of emotional growing pains. I wasn’t really paying attention in school, it was my first time being in a serious relationship, and mentally I wasn’t doing well at all. So most of the lyrical content is just me pouring that period of my life into a song. Originally I think it was meant to have a pretty sad theme overall, but I changed the chorus a week before we recorded it because I came the realization that you can’t let your problems get the best of you, and everything will get better in time. ‘Joyless’ is definitely the song I put the most of myself into, but it makes me happy to listen to and know that most of the tough things from that part of my life are in the past now.

This started with Connor writing the very calm riff at the start of the song and is just building it from there. I think this song is really cool and different because we are guilty of being a band that uses the “verse chorus verse chorus” writing method a lot. This song is a lot of building up and then the chorus just explodes because of how much lead up there is to it. No song I’ve ever written quite makes me feel like the way this one does. The chorus hits so hard.

The lyrics are mainly just written about the types of relationships many people find themselves in, where one person is usually more attached than the other and then once they break things off. It’s hard to escape the thought of them and move on. A big thanks to Anton DeLost on this one because without his crystal clear production on this, it wouldn’t have come out quite like it did.

‘Tunnel Vision’ by Castlefield is released on 16th November on Penultimate Records.